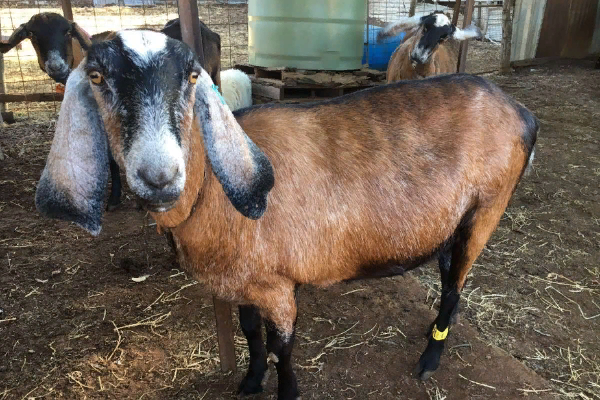 What Is The History Of Anglo-Nubian Goat Breed?

The Anglo-Nubian is a British breed of domestic goat. The Anglo Nubian is an all-purpose goat, useful for meat, milk, and hide production. As Anglo Nubian goats are very strong and beautiful to look, they also very suitable for the goat show.

The Anglo-Nubian is a breed whose origins can be traced back to about 1850 when early endeavors to improve strains of British goats were made. The original goats imported from Africa, Arabia, and India were long-legged, hardy goats that had some characteristics desired by goat breeders in England. English breeders crossed these imported bucks on the common short-haired does of England prior to 1895 to develop the Anglo-Nubian goat.

It has been exported to many parts of the world and is found in more than sixty countries. In many of them, it is known simply as the Nubian. 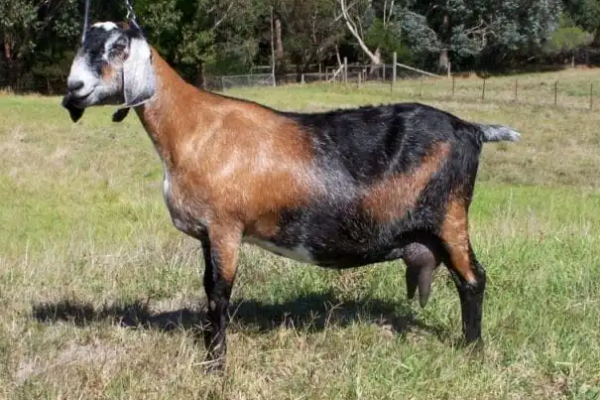 What Are The Characteristics Of Anglo-Nubian Goat Breed?

The hair is short, fine, and glossy. The males have a longer and harsher coat than the females. Any solid or particolored coat is permitted in the Anglo-Nubian, but black, red, or tan are the most common colors, any of which may be carried in combination with white.

The Anglo-Nubian is a relatively large and graceful dairy goat. One of the tallest breeds. A mature doe should stand at least 80 cm at the withers, while the males should stand at least 90 cm at the withers. The Anglo-Nubian has long, pendulous ears and the nasal bone is markedly convex in shape. The convexity of a male’s head is often highly pronounced. The udder is comparatively big sized, spherical. Teats symmetrical placed well apart and pointing slightly forward. They have a fine tapering muzzle and flat nostrils. Anglo-Nubians may or may not have horns at birth. The neck should blend well into the shoulders and the chest should be broad and deep. The legs should be strong and straight, and be placed squarely under the body.

Compared with other breeds, the milk of the Anglo-Nubian goat is high in both butterfat and protein, tests have shown an average of 4.8% butterfat and 3.8% protein. The highest officially recorded annual yield now stands at 2,531 kg. Plenty of Anglo-Nubians are capable of daily yields of 4 to 5 kg and annual lactations of 1,040 - 1,250 kg.

It is a breed that improves with age and there are instances of females breeding and milking well when past twelve years of age. Many animals of the breed are prolific. The kids growing quickly and putting on flesh easily.

The breed has a great capacity for adapting to hot climates, which has resulted in an ever-increasing demand for stock world-wide. Abroad the Anglo-Nubian has been successfully crossed with native goats to raise either the milk yield or meat production, or both. They can adapt themselves to the environment easily.

What Is The Weight Of Anglo-Nubian Goat?

It is one of the heaviest breeds of goat with males weighing up to 140 kg and females to 110 kg.