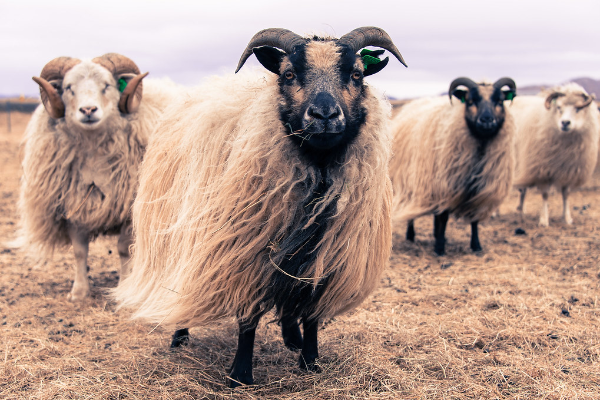 What is the history of Icelandic sheep?

The modern Icelandic Sheep is a direct descendant of the sheep brought to Iceland by the early Viking settlers in the ninth and tenth century. They are of the North European Short Tailed type, related to such breeds as the Finnsheep, Romanov, and Shetland. A major gene controlling prolificacy has been identified in the Icelandic breed. This gene exhibits action similar to the gene found in the Booroola Merino.
The Icelandic sheep is one of the world’s oldest and purest breeds of sheep. Throughout its 1100 years of history, the Icelandic breed has been truly triple-purpose, treasured for its meat, fiber and milk.
The fleece from Icelandic sheep has an inner and outer coat typical of the more primitive breeds, and it is the wool for which Iceland is known. It is illegal to import any sheep into Iceland.

What are the characteristics of Icelandic sheep?

They exist in both horned and polled strains. Generally In Iceland sheep are shorn twice, in September when they come in for winter and Spring before they go to summer grazings. In the U.K. sheep are frequently shorn twice, shearing in September allows sufficient growth for winter for sheep staying out, perhaps not for working rams.

Multiple births are very common in Icelandic ewes, with a lambing percentage of 175–220%. A gene also exists in the breed called the Þoka gene, and ewes carrying it have been known to give birth to triplets, quadruplets, quintuplets, and even sextuplets on occasion. 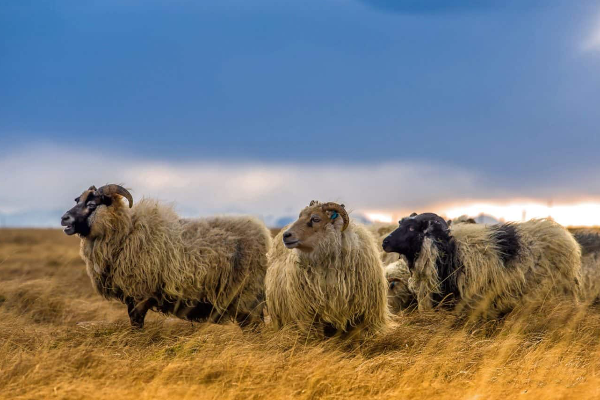 Ewes can be mated as lambs as early as five to seven months, although many farmers wait until the ewe's second winter before allowing them to breed. They are seasonal breeders and come into estrus around October. The breeding season can last up to four months.

Icelandic sheep is generally short legged and stocky. The face and legs are free of wool. The fleece is dual-coated and comes in white as well as a range of browns, grays and blacks. Icelandic fleece is dual-coated. In Icelandic, the long outer coat is called tog and the fine inner coat þel. When separated, the outer and inner coats are used for different woolen products. Icelandic's wools are lower lanolin (Wax, Oil) it is easier than many types for spinners to work with raw wool, and the range of fantastic colours arising naturally, it is a major selling factor in the U.K. at present.

In Iceland, this breed is mostly bred for meat. Lambs are not fed grain or given hormones. The lambs are ready for killing by four to five months, when they weigh 32 to 41 kg. 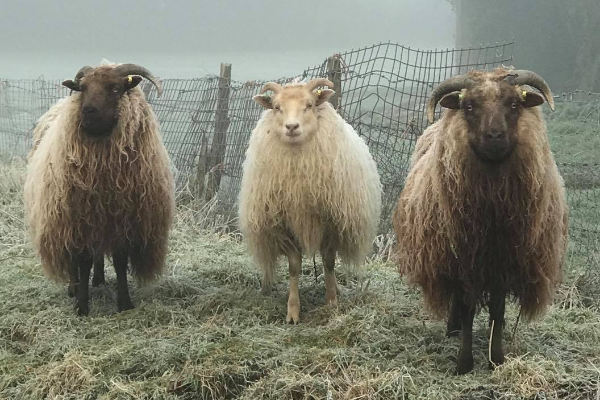 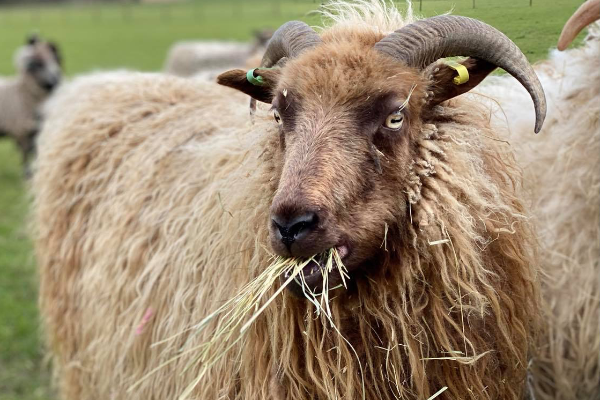 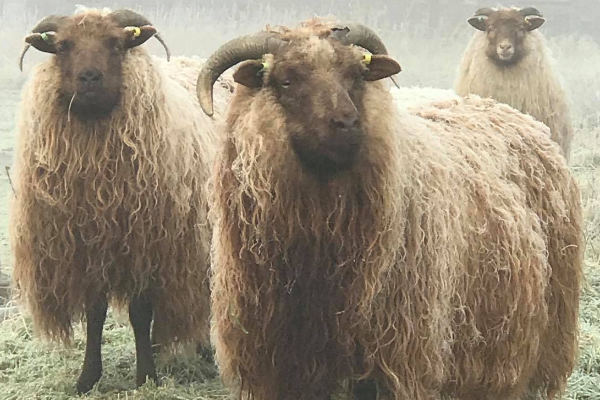 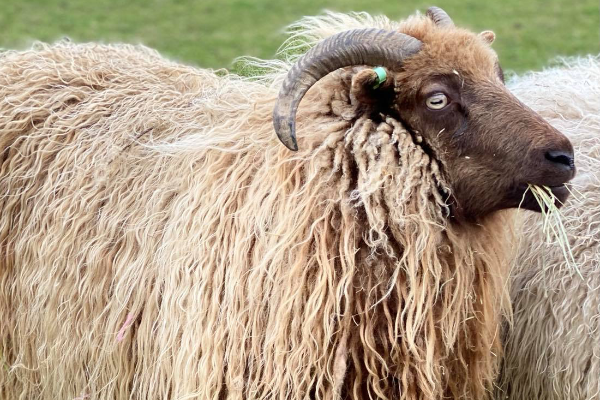 Until the 1940s, Icelandic sheep were the predominant milk producing animal in Iceland. Traditionally, after the first two weeks of life, the lambs were weaned off the mother's milk. Then for the next six weeks, the ewes were milked daily.

Most provided about 1 litre of milk per day, while good ewes gave 2 litres to 3 litres. The milk was used directly, or made into butter, cheese, an Icelandic soft cheese called skyr, or naturally sweet yogurt.

What is the weight of mature Icelandic sheep? 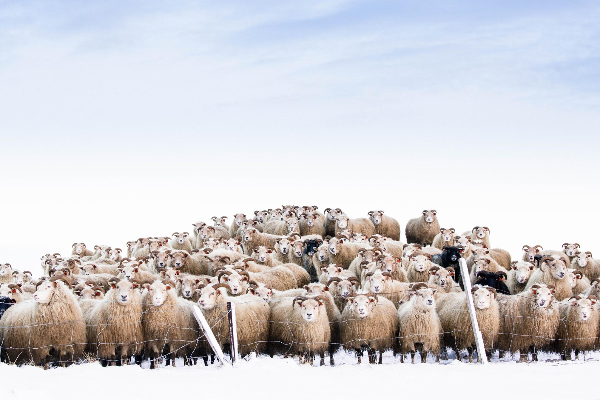