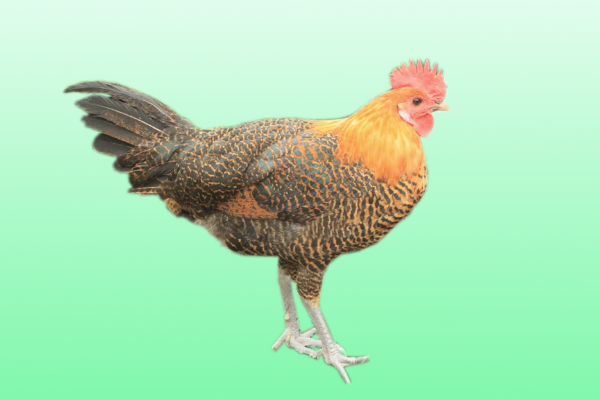 The Campine is a Belgian breed that upwards of six hundred years has been grown as the "farm chicken'’ by the peasants who live on the sandy plains of the district of La Campine, which is the largest county in Belgium, and includes that part north of Brussels and west of Antwerp. From its appearance it is very obvious that the Campine shares much of its origin with the Brakel. They are mainly bred for ornamental purposes but they will lay a fair number of medium white shelled eggs.

The Campine in its native country covers a great deal of ground searching for food and is active afoot and good on the wing, it knows its master and is not afraid. Along about dusk when the birds congregate in the barn yard or come into the door yard, they are not easily frightened. When fitted for the show room, they are good posers, and are gentle and comfortable to handle.

The Campines are pretty birds, but it was not until about 1865 that any attention was paid to breeding them for feather and form. Mr. VanHorn, who was station master of St. Lierre at Turnhout, Belgium, made a hobby of the Campines and during thirty consecutive years was engaged in breeding and improving the Campine breed. He gave the peasants eggs, often his best cocks and even his pullets, thus improving their stock from the fancier's viewpoint making it more desirable and valuable.

It was this stock from La Campine that was imported into England and exported to America. They were admitted to the American Standard of Perfection, and appeared in the edition of 1894. The campine Club of England was formed in 1899.

What are the Characteristics of Campine Chicken Breed? 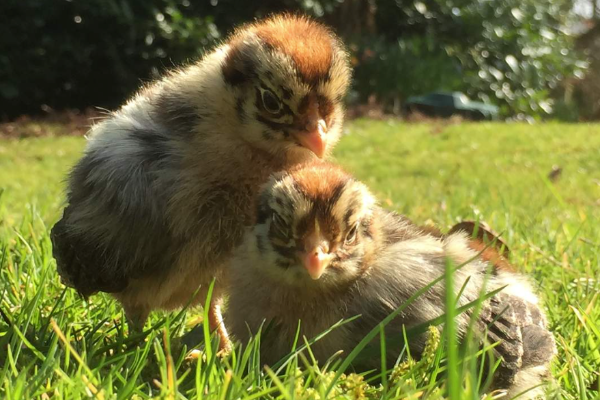 The Campine is normally found in the Silver or Gold colours, with a solid coloured background covered with black barring. When choosing a Campine, look for distinct lack of saddle feathers in the male, dark brown eyes, medium-sized white earlobes and blue legs.

Hen feathering can often cause fertility problems, although the Campine appears to have retained its vigour over the years.

The Campines are, superior to any other of the non-settiug breeds. They will produce more eggs on the minimum amount of food and if given their freedom are practically self sustaining. They will forage over a wide territory, always keeping in good condition and laying a surprisingly large number of white eggs that are medium in size.

The climate of their native country (La Campine, Belgium) is variable, alternating from extreme heat to severe cold. These climatic conditions have contributed to their hardiness so that they will flourish under the most adverse circumstances.

One strong point in their favor is that they are always clean and neat looking. A large flock of either color makes a very pretty sight, with their beautiful markings, together with bright red single combs, nearly black eye, and clean, neat, leaden-blue legs. They are very attractive. 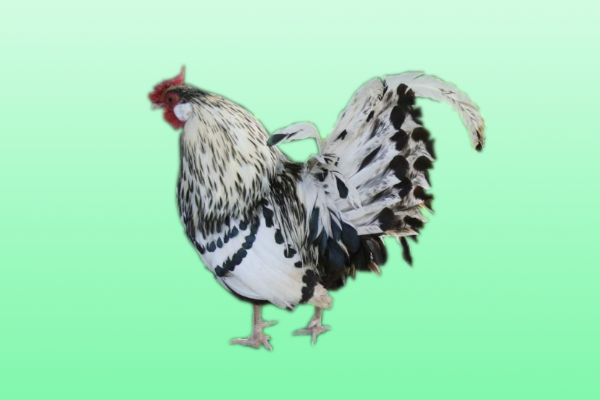 As a table fowl they are especially fine, as they produce an abundance of breast meat. Campine chicks eight to ten weeks old are as plump as partridges and are remarkably good eating. The Roman Epicures in Julius Ceasar's time pronounced their flesh "Food for the Gods.”

The Campine should give no particular problems, but it is not a friendly bird, it would far rather be out and about behaving like a natural chicken than be regarded as a pet, the best environment for these chickens is a place with lots of space to roam and forage.