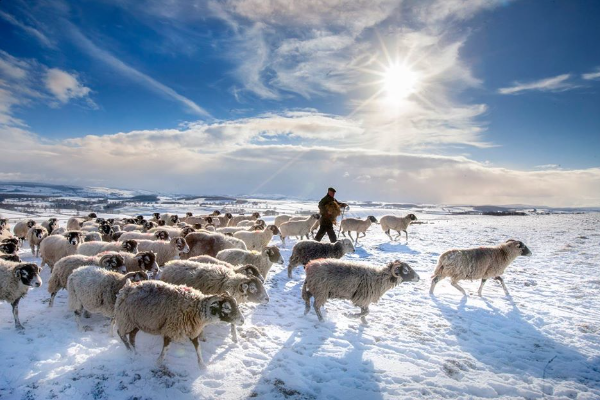 Pregnancy disease is the most common metabolic disease of sheep. It affects improperly fed ewes in late pregnancy. Often it is observed in overly fat ewes and ewes in poor condition. Almost always, affected ewes are carrying twins or triplets. It is generally accepted that the basic cause of pregnancy disease is a carbohydrate metabolism disturbance that is associated with, or results in, low sugar levels, ketosis, depressed liver glycogen, and fatty infiltration of the liver.

The disease is usually fatal. From 60 to 80 percent of the growth of the fetus occurs during the last six weeks of pregnancy. If twins are present, the increase in total weight is considerable. The total metabolic rate increases by at least 50 percent during late pregnancy. Compared to dry ewes, ewes in late pregnancy require about 50 percent more feed if bearing a single lamb and about 75 percent more feed if carrying twins. This amount of feed may exceed their intake capacity unless grain is substituted for part of the ration.

It is likely that inadequate nutrition most commonly renders ewes susceptible to the disease, but many stresses can trigger pregnancy disease. Undernourished ewes may begin showing symptoms after they have been hauled or driven, during shearing, during short periods of fasting, during storms, during extreme cold or heat, or when they are excited by predators. 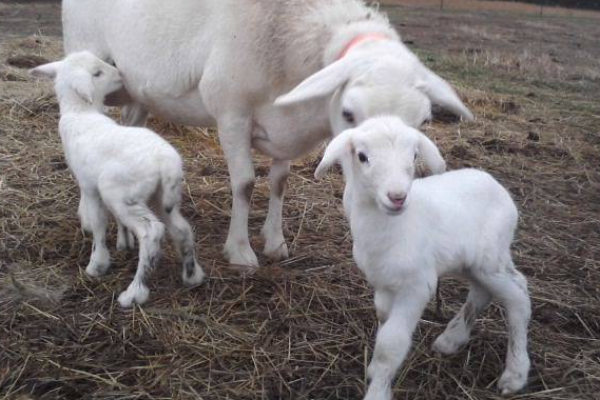 Treatment of this disorder usually is unsuccessful. However, intravenous administrations of glucose may be effective in the early stages of the disease.