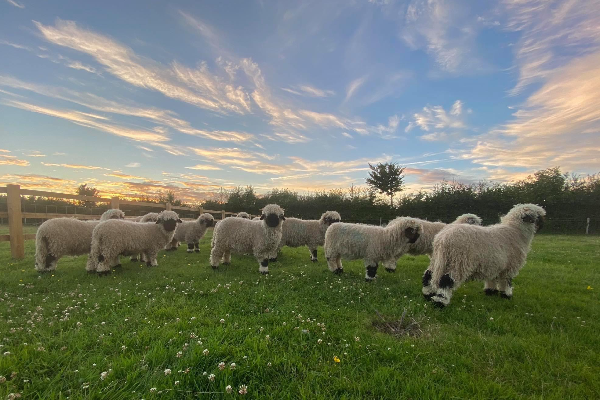 Annual ryegrass toxicity affects sheep and sometimes cattle and horses. Symptoms appear two days after entering the toxic zone or as late as 12 weeks, leading to death rates as high as 90 percent for sheep and 45 percent for cattle.

Affected sheep develop jarring spasms and stiffness in their limbs, then fall to the ground to lie down with their limbs stiff, their muscles trembling and their eyes tending to turn inward. Cattle are similarly affected and may wander aimlessly or descend with contractions that usually involve a violent throwing back of the head.

Most animals return to normal after a few minutes, but if they are moved again, symptoms will reappear. Affected sheep move with a characteristic "rocking horse" gait.

Severely affected animals remain in place with occasional spasms until they die, perhaps 24 hours or later. Pregnant sheep that graze the annual poisonous ryegrass may also leave their lambs.

The first sign is the impression of yellowness in ryegrass patches seen a few meters away. Bacterial infection creates a slime in the seed cap, causing yellowing. The slime stalk can be down and the first produced glistens are easy to see, it is moist and sticky. It is much more difficult to see when it turns orange then brown after drying.

At this stage, potential toxicity can still be detected by looking for nematode infection in single seed heads. Normal seeds are rounded on top and evenly colored green, purple or buff, depending on the maturity stage. Infected seeds are pointed, shorter than normal, and contain a black or yellow gall instead of the seed. Yellow bile indicates seedhead infestation by bacteria and nematodes; and likely to be highly toxic to the livestock that graze them. Some infected rye seed caps are also deformed, and this can help identify infected areas.

Apparently finding infected rye is not positive evidence that paddocks will generally become toxic within four to six weeks after bacterial slime formation. More importantly, the opposite is also true; Infection and toxicity may develop without visible deterioration or discoloration of rye seed heads. Also, of course, infection can occur in small parts of a grassland that are easily overlooked, such as fence lines, streams, or headlands. 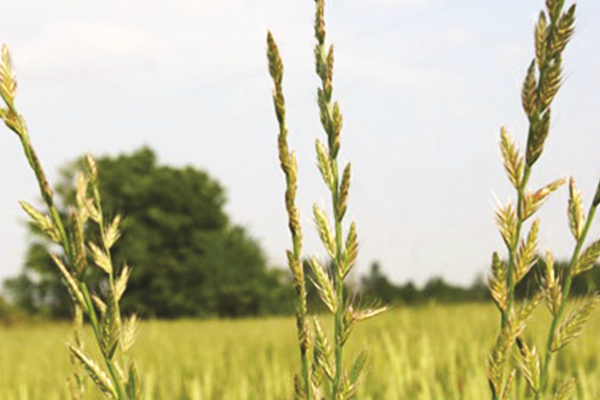 Annual ryegrass infested with a nematode that carries a toxin-producing bacteria.

• Most deaths occur between mid-October. and mid December. When the infected seed heads have maximum toxicity and the sheep graze the infected stubble after the pasture has dried or in late December and January.

• No traces for 2-6 days after the sheep enter infected grazing land.

• Signs are most clearly seen when a flock of sheep is driven 100-200 meters.

• Slightly affected sheep cannot keep up with the rest of the crowd and have a high gait.

• More severely affected sheep lose the coordination of their hind legs and fall over with spasms, with the neck arched and the legs stretched out sharply.

• They may go down for a few minutes or hours, then get up and return to the seemingly normal crowd.

• The most severely affected ewes descend and are unable to stand up and their spasms and rowing legs sweep the floor and lie on their sides.

• Death can occur within a few hours to a week after signs are first seen.

• Based on annual rye eating history and clinical signs displayed by the animal.

• There is no characteristic feature in autopsy.

• Move the animals away from the infected pasture as quietly as possible.

• There is no practical treatment.

• Reduce the number of annual rye plants on the property through herbicide treatment, intensive grazing in late winter and early spring, or cut the straw early before the plants become toxic.