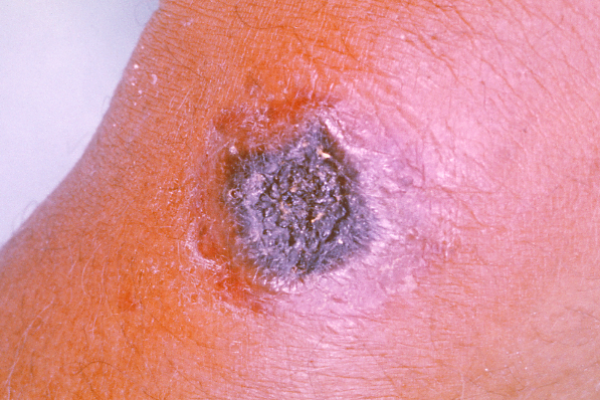 Anthrax is important not just as a cause of disease in stock; it can also cause disease in people. Anthrax is a bacterial disease caused by Bacillus anthracis, which forms spores that survive for years in the envi- ronment.

Cattle, sheep, and goats are at the highest risk of developing anthrax, but other farm animals, as well as wildlife and humans, can contract the disease. Most animals are infected by oral ingestion of soil contaminated with anthrax spores.

People develop anthrax when the organism enters a wound in the skin, is inhaled in contami- nated dust, or is eaten in undercooked meat from infected animals. Biting flies can transmit the bacterium, which results in redness and swelling at the bite site.

• Very occasionally some animals may show trembling, a high temperature, difficulty breathing, collapse and convulsions before death. This usually occurs over a period of 24 hours

• After death blood may not clot, resulting in a small amount of bloody discharge from the nose, mouth and other openings. 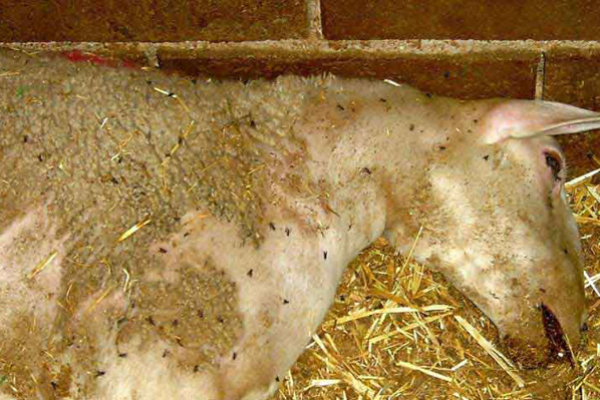 • Due to the rapidity of the disease treatment is seldom possible

A vaccine for livestock is available in areas where anthrax is a common livestock disease. Animals suspected of dying from anthrax should be examined by a veterinarian immediately. Animals that have died of anthrax should be burned or buried deeply and covered with lime. The area should be thoroughly decontaminated with lime, as anthrax spores can survive in the soil for decades.

Anthrax is prevented by avoiding contact with animals that are suspected to have anthrax and areas that may contain bodies of animals that died from anthrax.

Suspected anthrax cases are covered by the Anthrax Order 1991 (which replaced the Order of 1938). Any suspicion of the disease must be notified to the Divisional Veterinary Manager (DVM), who if they see fit will instigate a veterinary enquiry to determine whether anthrax is present on the farm.