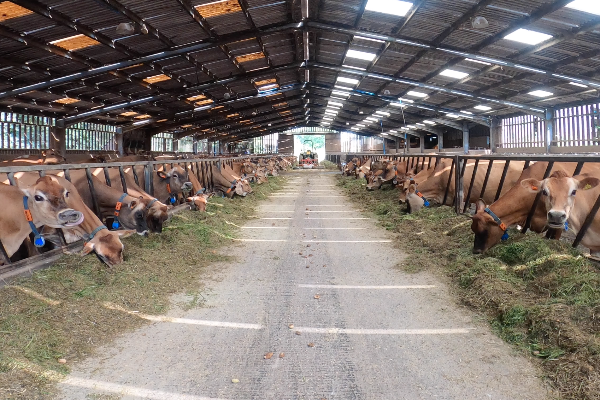 This condition results from over distension of the rumen by the normal gases of fermentation, which become trapped in the rumen contents and form a stable proteinaceous foam. Clinical signs develop soon after susceptible animals have been introduced to lush, legume dominated pasture and severely affected individuals may be found dead.

Pasture bloat occurs when the gas, which is normally produced by rumen fermentation, becomes trapped in the liquid contents. Foam does not stimulate the cardia to open and, consequently, gas does not pass into the oesophagus to be discharge by burping. Substances which increase the viscosity of the rumen contents might result in gas bubbles being trapped in a viscous matrix and so slow down their rate of coalescence.

Particulate matter (leaf fragments, chloraplasts, micro-organisms) is thought to be most important in this context. Soluble plant proteins are thought to be the major part of the surface active complex and all act as foaming agents. Tannins combine with and precipitate the proteins and there is a strong positive correlation between the absence of protein precipitants, e.g. tannins, and the tendency for a pasture to cause bloat.

Recently in New Zealand, it has been claimed that low sodium in the herbage, giving a high potassium/low sodium ratio, increases the incidence of bloat.

There is a high risk of bloat developing when cattle are given unrestricted access to pasture containing more than 50 per cent of bloat-inducing forage legumes. The bloat producing forage legumes include alfalfa (lucerne) and the clovers (red, white, sweet, alsike). The peak incidence of disease occurs in the spring before flowering and on aftermath because it is the young growing plant that is most dangerous. However, alfalfa hay can still induce bloat, particularly if cattle are also being fed cereals. Jerseys are said to be more susceptible than Friesians or Ayrshires. The incidence of disease is higher in young cattle than in adults and those in good condition appear to be most susceptible. 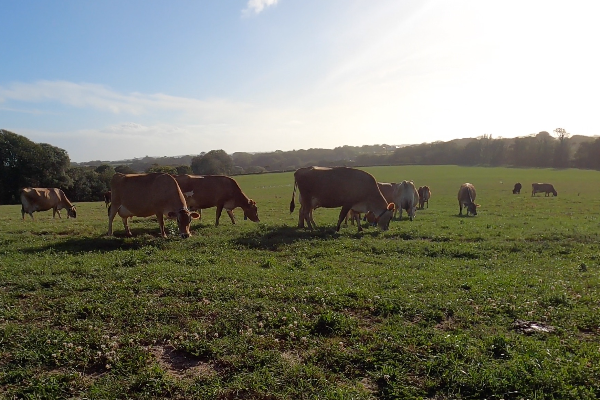 Bloat usually develops from 2 to 3 days after initial exposure to a bloat-inducing forage. Because of the sudden onset of clinical signs and the relatively short course of the disease, susceptible individuals may be found dead. Initially, affected animals stand alone and look uneasy and uncomfortable; they may lie down, attempt to roil, stand up and bellow. At this stage there is obvious ruminal distension which quickly progresses to obvious abdominal distension with the drooling of saliva and mouth-breathing. Death usually occurs several minutes after the animal falls down.

The morbidity can be almost 100 per cent with up to 30 per cent severely affected with the others having abdominal distension. The mortality rate is low - less than 10 per cent.

This disease should be suspected when hungry cattle given unrestricted access to a lush pasture develop abdominal distension. In an animal which has been found dead the confirmation of frothy bloat is difficult and, consequently, other conditions, such as grass staggers, must be considered. 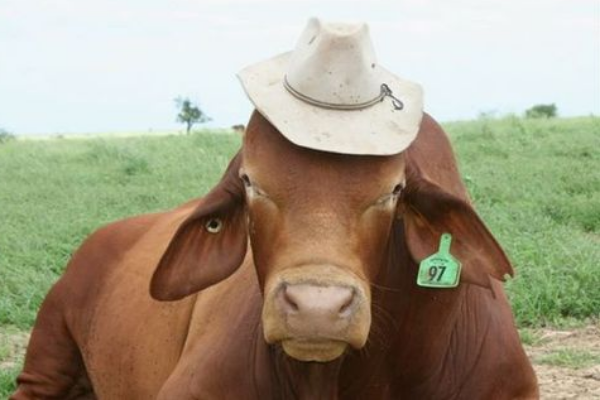 Antifoaming agents reduce the surface tension of the rumen contents and allow the gas bubbles to coalesce and to escape by eructation. The drugs of choice are polyoxyethylene (PPE) polymers which are water soluble, non-ionic and are not degraded in the rumen. When they are given by mouth, or preferably by stomach tube, they provide rapid relief and protection persists for about 12 hours.

In Britain, poloxalene (Bloat Guard, *Agrimin) is given at the rate of 30-6Omls. Other treatments include vegetable and mineral oils (500m1), fats and synthetic detergents. Vegetable oils are degraded more quickly than mineral oils or detergents and will act for a shorter time unless given in large amounts. 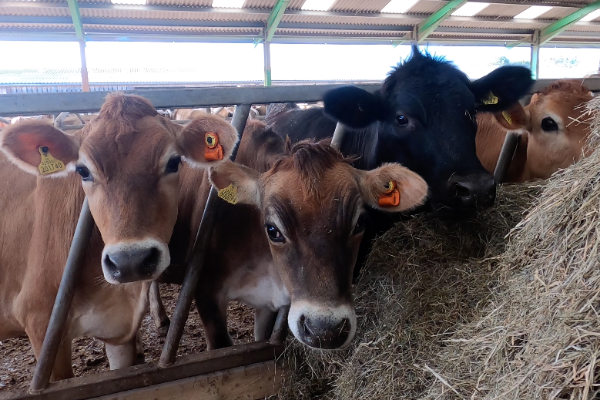 This is best attempted by the administration of antifoaming agents or by pasture management. Poloxalene at 10-12 g/day/adult should be given either in the food or in the water. When the risk of bloat is high, the dose should be halved and given twice daily.

Oils can also be used either by oral dosing in the parlour, or by spraying on to the grass. However, relatively large quantities must be used because they are rapidly degraded. Grass mixtures should have less than 50 per cent legumes and only non-bloating species should be used in high risk situations. Strip grazing and the feeding of supplementary roughage can also help to reduce the risk of pasture bloat.

GRAIN BLOAT Grain bloat is associated with the feeding of large amounts (80% weight) of finely milled grain and small amounts of roughage. Occurs in beef and dairy cattle in feedlots. Treatment is with Poloxalene - Oils.

FREE-GAS BLOAT This is caused by an obstruction in the oesophageal lumen e.g. foreign body, or pressure from outside e.g. neoplastic lymph node which prevents burping of gas produced within the rumen. Inflammation of the rumen (chronic reticulitis) can also interfere with the normal rumenal contractions. Treatment is by stomach tubing to release the gas or by use of a trochar and cannula.