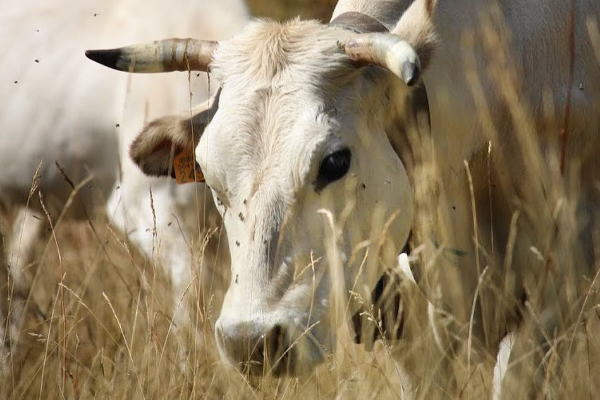 The precise definition of pyelonephritis is inflammation of the kidney. Normally secondary to infection. In cattle, pyelonephritis is a common condition, although sporadic in occurrence, which is almost entirely confined to mature cattle, particularly cows, and is caused by Corynebacterium renale. Occasionally the initial, acute, episode is severe enough to lead to renal failure but more commonly it is a chronic, relapsing condition and the acute phase may pass unnoticed.

The economic importance of the disease at present is unknown. It is generally agreed that pyelonephritis is basically an infectious and contagious disease but that there are subsidiary aetiological factors since intact and healthy urinary tract relatively resistant to infection. These subsidiary factors may include trauma (e.g. service, calving) or a degree of urinary obstruction.

There are two forms of the disease, i.e. acute and chronic:

Acute Pyelonephritis Abdominal pain is one of the major features of acute pyelonephritis. The animal is dull, anorexic, stands with its back arched, frequently shifts its stance, and may periodically kick at its abdomen. There is straining and frequent passing of small quantities of urine which is discoloured, containing blood, pus and tissue debris. Fever is common.

Chronic Pyelonephritis If the animal does not die in the acute phase then it may progress to the chronic form of pyelonephritis. Chronic pyelonephritis can, however, develop without any apparent acute phase. In chronic pyelonephritis there is loss of condition and a fall in milk yield over a period of weeks, during which there are bouts of fever and inappetance. The frequency of urination is increased and may be accompanied by straining. The urine is turbid, containing pus, tissue debris and frequently small clots of blood.

Confirmation of diagnosis in early cases is based on examination of the turbid, blood-stained urine from which the organisms may be isolated. In later cases, the enlarged kidneys, distended ureters and thickened bladder may be recognised per rectum. The post mortem findings are characteristic.

The use of large doses of penicillin for a week or more have been said to produce complete cures in some cases. Usually, however, there is irreparable kidney damage when the condition is diagnosed and, although treatment can produce a temporary improvement, relapse is the rule. Also, it should be remembered that remission does occur in untreated animals.

Surveys of dairy herds have indicated that a percentage of apparently healthy cattle harbour C.renale in the vagina. This may be as high as 23% in herds where cases of pyelonephritis have been recognised. There is evidence to suggest there is dissemination of the organism to close neighbours in tethered cattle. C.renale has also been isolated from the urine of healthy cattle and the penile sheath of bulls.

Control measures would include general hygiene and removal of clinical cases.