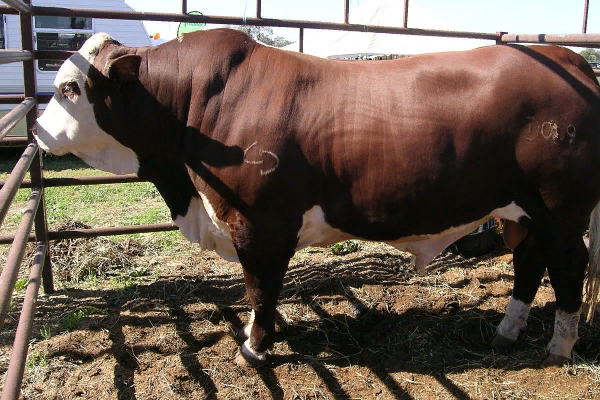 What Is The History Of American Braford Cattle Breed?

Unlike that many other breeds of livestock, the history of Braford cattle isn't lost in the mists of time. Brafords date to the immediate post-World War II era -- where they were nearly simultaneously developed in Australia and the United States. The Braford is a cross between a Hereford bull and a Brahman cow. Conversely, it can also be a cross between a Brahman bull and a Hereford cow. Braford cattle are approximately 3/8 Brahman and 5/8 Hereford.

In 1947, Florida Brahman breeder Alto Adams Jr. started crossing Hereford bulls on his Brahman cows on his St. Lucie County ranch. Although impressed with the resulting crossbred calves, he discovered that the Hereford bulls didn't do well in Florida's extreme humidity and heat. By using the Hereford-Brahman bull crosses, he improved his herd's overall health.

The International Braford Association was organized in 1969 by American breeders. In 1985, the American Hereford Association began registering Braford, but concentrated on breeding purebred animals -- mating Brafords to Brafords -- rather than crossing Herefords and Brahmans. The IBA and the AHA came together in 1994 to create the United Braford Breeders.

Today, the breed is found primarily in the United States, Australia and Mexico. It is growing in reputation and has been exported to places such as Malaysia, New Guinea, New Zealand, Western Samoa, South America, South Africa and China.

What Are The Characteristics Of American Braford Cattle Breed? 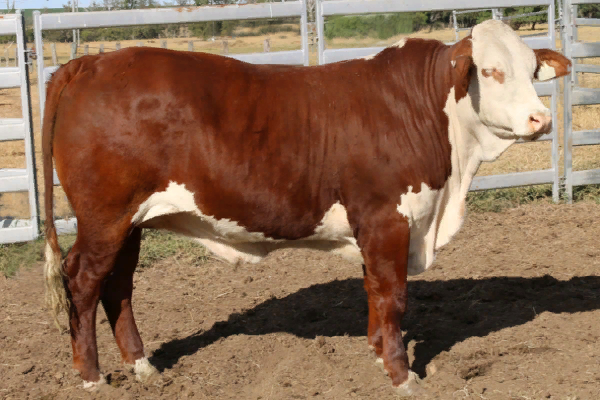 They carry the characteristics of both parents. The Braford is red like a Hereford with white underbelly, head, and feet. It is stockier than a Hereford, though, getting the stockiness from the Brahman.

The breed has a smooth sleek coat. In cool climates their coats tend to be thicker in winter.

They are stocky, with a hump at the top of their shoulders and loose skin; all of which they get from their Brahman history.

Brafords can be either polled or horned.

They have strong, well-boned legs and sound feet enabling them to walk long distances between feed and water points. They cope well with uneven and rocky terrain.

Not only is the breed heat-tolerant, but it is insect-resistant and can fare better than other breeds under drought conditions. Brafords are not susceptible to eye problems, blight, bloat or sun-caused problems like Herefords. Their hooded eyes have characteristic red patches around the eyes, which help in preventing eye cancers, pink eye and sunburn. They do best in warm climates.

They are easy keeping and do well under range conditions while adapting to other systems of management. Braford cattle are reportedly quite bad-tempered by nature.

They are often used in Rodeos due to their massive bulk and bone density, hardiness, heat endurance, and arguably their ornery disposition.

What is the weight of American Braford Cattle?