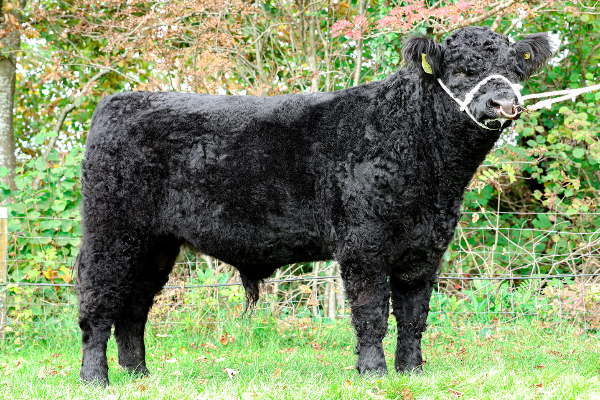 What is the History of Galloway Cattle ?

Galloway, which has given its name to this breed of black or dun polled cattle, was an ancient regality or lordship lying in the south-west of Scotland. 'Galloway' is derived from the words Gallovid, or Gaul and the Gauls were the first to inhabit this part of Scotland. This ancient breed of cattle were said to be dark, smooth-polled, wavy-haired with undercoats like beaver's fur and for centuries they went unnamed, referred to only as the black cattle of Galloway. From this coastal environment of winds and damp cold, combined with an undulating terrain of moors, granitic hills, heathery mountain ranges and fertile glens emerged the Galloway breed of cattle.

Though much has been written of the history of British cattle since the middle of the 18th century, the period immediately before that is almost without a record. Historian Hector Boece (1570), writing about the Galloway, says, "In this region ar mony fair ky and oxin of qubilk the flesh is right delicius and tender." Ortelius, the historian writing in 1573, says, "In Carrick (then part of Galloway) are oxen of large size, whose flesh is tender, sweet and juicy."

The Galloway breed comes from the cattle native to the south-west region of Scotland, first fully developed in the 17th century. Originally there was much variation within this breed, including many different colours and patterns. The original Galloway herd book only registered black cattle, but the recessive gene for red colour persisted in the population, and eventually dun Galloways were also allowed into the herd book. As a result, although black is still the most common colour for Galloways, they can also be red and several shades of dun. In 1877 the Galloway Cattle Society was formed. In 1851, a fire at the Highland Agricultural Museum at Edinburgh destroyed all the historical records and pedigrees of the Galloway collected prior to that time. Eleven years later (1862), a Polled Herd Book was published and it included the Galloway, Aberdeen, and Angus breeds. In 1878 the Galloway Cattle Society of Great Britain initiated its own volume of pedigrees.

In 1951, Galloway cattle were introduced to Australia. In the 1950s the breed enjoyed much success because the beef market demanded low input (feed) cattle with high quality meat. However, the BSE crisis (commonly referred to as mad cow disease) caused an export ban in 1990, although there were no cases of BSE found in Galloway cattle. This created a fear associated with cattle, so breed numbers declined. Recent years have seen changes as bigger leaner carcasses were demanded. This issue of size featured in Galloway circles causes great debate. Some of the adjustments made was the adoption of AI and Embryo Transfer.

Today the breed's original characteristics are now back in demand. This is due to the demand of high quality meat that requires economical production.The Galloway Cattle and Beef Marketing Association Inc. was formed in 1997. The Galloway has produced the Belted Galloway and more recently the White Galloway and even the Poll Hereford. At the 2009 Royal Highland show, the Galloways won all the major trophies including the individual, native interbreed, interbreed and pairs competitions. Never has one breed dominated all the cattle championships at Scotland’s premiere show.

What are the Characteristics of Galloway Cattle ? 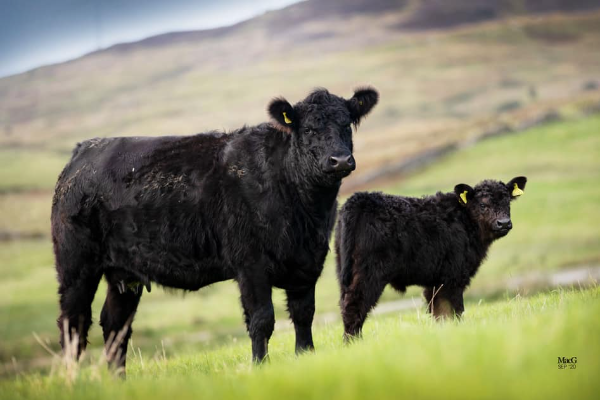 • Galloway's are mainly black with a brownish tinge, they are also bred in dun and black or dun belted, the latter being a recessive gene strain of red and white.

• They have a long, soft wavy coat which serves a dual purpose, the coarse outer coat sheds wind and rain, while the soft, fur-like under coat provides insulation and waterproofing.

• Galloways are all hornless or polled although some writers say that formerly they were mixed, some being horned and others polled.

• The breed is very docile and couragous, it has been said that they will team up and attack predators to prevent attacks on their calves. Even when there are just a few Galloways in a field of sheep, they will act the same making it safer for the sheep.

• The Galloway is a maternal breed. The cows are easy calvers, while the calves themselves are hardy, vigourous and have a 'will to live' that gets them up and nursing quickly.

• The Galloway is long-lived, with many cows producing regularly into their teens and beyond.

• In confirmation the Galloway will be found to carry its meat from behind the shoulder along the back to the tail, through the buttock and deep into the hock; for this reason Galloway breeders, for centuries, have concentrated on this type of confirmation in their cattle and butchers have found that Galloways, in regard to their curability, marbling and colour of meat mature earlier than most other breeds of cattle.

• Their flesh is mottled or marbled fat and lean intermixed, and it was this quality which gave them their ancient fame, and which led to their being bred specially to supply the markets of England with beef of extra quality.

• Due to the breed's naturally dense, insulating hair coat the Galloway does not layer on excessive outside fat, which is generally discarded at slaughter time.

• Though considered a breed for northern climates, the Galloway has been found to acclimate amazingly well to warmer regions.

• Their coat sheds out in the summer months and in warmer climates.

• Despite the animal's usual use in beef production, there is evidence of Galloway herds being milked in Cumberland for cheese production.

• They are famed for their hardiness and can live off the poorest of land.

• The Galloway female is the ideal suckler cow, and will produce an excellent beefy calf, which is in great demand by people wanting highest quality, natural grown beef.

What is the Difference Between Galloway and Others ?

The claim that Galloway beef is juicy, tender, and flavourful is substantiated in recent USDA tests of Galloway crossbreds, when compared with eleven other breeds. Results of the Cycle IV Germ Plasm Evaluation (GPE) Program at the USDA Meat Animal Research Center (MARC), Clay Center, Nebraska, showed the Galloway crosses placing at the top of the chart for flavour, juiciness and tenderness.

The February 2008 OLDS’ College (Alberta, Canada) report lists Galloway feed efficiency as an excellent 3.85, the average for the 17 breeds involved was 4.32, Canadian Angus required over 20% more feed than Galloway. A 2006 meat marbling study, published in the respected Journal of Animal Science, showed Galloways having more marbling flecks in both number and proportion of muscle than other trialled breeds including German Angus. Galloways achieved this significant result with 6% less feed than the other breeds.

Galloways are becoming increasingly popular for controlling weeds, rashes and purple moor grasses on hill land, where sheep no longer graze.In some areas Native Cattle like Galloways can receive extra subsidises for grazing disadvantage land. Furthermore, their ability to produce a high quality beef product directly from grass, has true economic value in that it is not necessary to feed grains to 'finish' them. The Galloway steer, whether grass or grain fattened, can produce the ideal 600-750 pound carcass.

The maternal attributes of the Galloway cow come out tops in a study at the famous Clay Animal Research Center, Nebraska, USA. Eleven breed groups were tested for their ability to give birth and rear their calves. Of the 11 breed groups included in the study, the Galloways recorded the highest weaning percentage (95.5%), the highest calf survival percentage (95.2%), and an outstandingly low incidence of calving difficulty (0.8%).

What is the Weight of Galloway Cattle ? 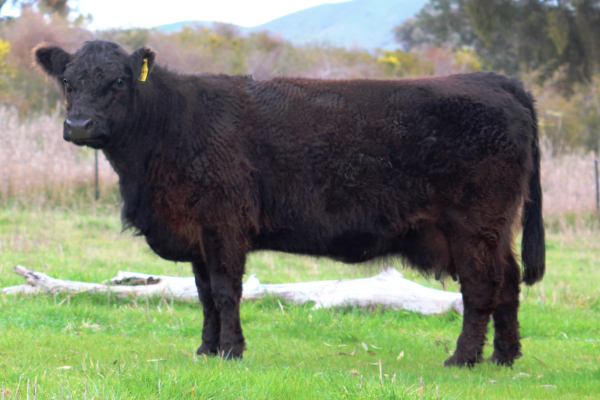