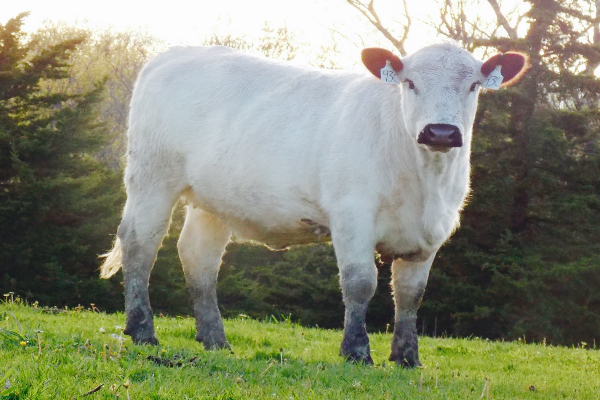 What Is The History Of American White Park Cattle Breed?

The American White Park is a large white breed with black or red points (ears, nose and eyes). Cows average 1000 pounds and bulls between 1700-1800 pounds. The cattle are predominately polled with 3 to 5% horned. They are docile and the cows milk well.

Today, American White Parks are promoted and selected as a beef breed. The breed's origin, however, is not clear. Some think it is largely descended from the British White, a hornless, dual purpose breed from the eastern countries of England. Others feel that the American White Park is primarily Angus in origin with some White Park breeding introduced from the breeding pairs of White Park brought in during World War II to Canada. According to this theory the offspring of the original importation were sent to the Bronx Zoo, from there they were split into two groups.

It maintained an open herd book policy for six months during which time 300-400 animals of varying documentation but the correct appearance were included. Since that time a number of purebred British White bulls have been imported into the U.S. and introduced into American bloodlines.

The American White Park is comparable in size to the Hereford, Angus, and Shorthorn cattle. Until recently, White Park cattle were a triple-purpose breed used for meat, milk and draught.

The 3rd Lord Dynevor (1765–1852) kept a team of draught oxen, and the practice continued up to 1914. They were used as dairy cattle even more recently. Some cows were being milked in the Dynevor herd in 1951, but yields were moderate. Beef became the main product during the twentieth century, and gained a reputation as a textured meat, with excellent flavor and marbling, which commanded a significant premium in specialty markets.

What Is The Characteristics Of American White Park Cattle Breed? 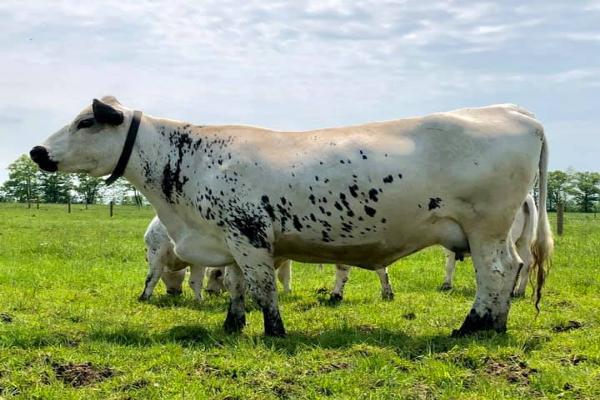 The White Park is a medium-large, long-bodied bovine. A program of linear assessment, including 200 bulls and 300 cows, has been carried out in the UK since 1994 to define its size and conformation

Their coloration is a distinctive porcelain white with coloured (black or red) points.

The horns of the cows can vary in shape, but the majority grow forwards and upwards in a graceful curve. The horns of the bulls are thicker and shorter. In their native environment in Britain, White Park cattle are known for their distinctive appearance and their grazing preference for coarse terrain.

White Park cattle are well-suited to non-intensive production. Some herds are kept outside throughout the year on rough upland grazing without shelter or supplementary feed. They are docile, easy-calving, and have a long productive life. Some traits may vary depending on their location. Several blood typing and DNA studies have revealed the genetic distinctness of White Park cattle.

The colour-pointed coat pattern also appears in other cattle breeds such as the Irish Moiled, the Blanco Orejinegro , the Berrenda, the Nguni and the Texas Longhorn. The breeds most closely related seem to be the Highland cattle and Galloway cattle of Scotland, but the White Park "is genetically far distant from all British breeds".The Chillingham breed has diverged from the main White Park population and various stories have grown up around them.

What is the weight of American White Park Cattle? 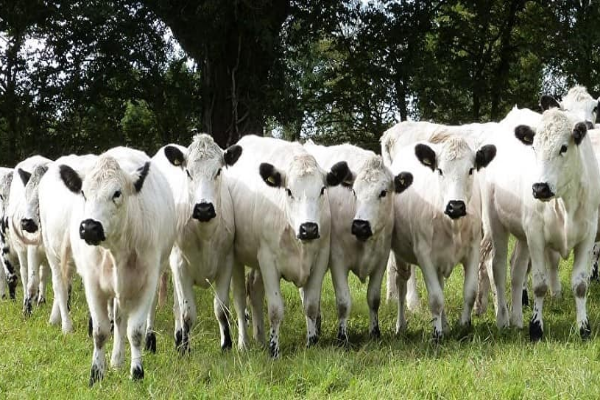 The cattle are average-sized, with quite long bodies. Bulls can weigh about 1 tonne, while cows tend to reach a weight of 700kg.