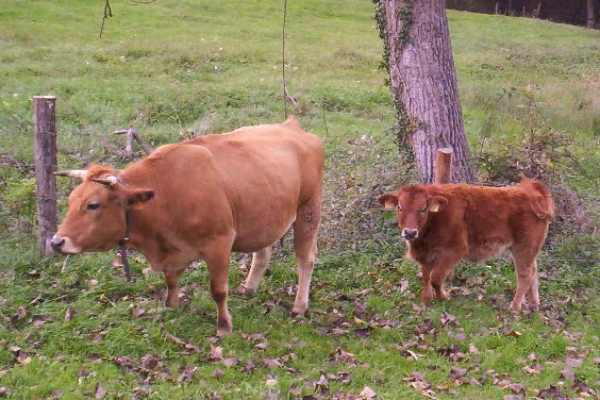 What Is The History Of Asturian Valley Cattle Breed?

The breed originated from the valleys of Asturias, Spain. This breed belongs to an exclusive bovine group in Spain known as the tronco Cantábrico that only includes breeds native to northern Spain. The Asturian Valley is also known by some other names such as Asturiana Occidental, Asturiana de los Valles and Carreñana. The Asturian Valley cattle maintain the largest number of this group. Traditionally the cattle were used for milk, meat, and work.

They were the most abundant breed in the northern part of the country during the 19th century. At the beginning of the 20th century, a massive invasion of foreign breeds dangerously lowered the numbers of Asturian Valley to about 22,000 head. However, a slight increase in the number of registered animals took place in the eighties, and this tendency continues. Now the breed is expanding not only in number of individuals but also geographically, from its traditional distribution area in the southwest of Asturias towards the north of Leon, Galicia and Cantabria. 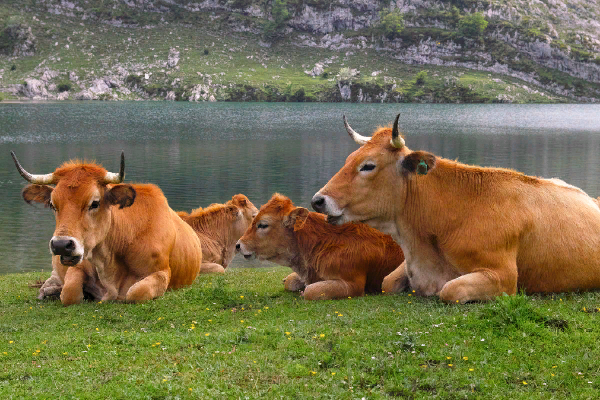 What Are The Characteristics Of Asturian Valley Cattle Breed?

Asturian Valley cattle are medium sized animals. Their body coloration varies from dark brown to light golden brown. And sometimes with a white head, apart from the eyes. Sometimes their underside of the abdomen can also be of white color. In males, the coat is generally darker and more so at the back of the head, neck and dewlap, bottom of the abdomen and in the feet, where the color is completely black. Always black, the tone of the mucus membranes is typical of the breed, as is a more or less marked black spot at the end of the tail, round the eyes and hoofs. Asturian Valley have a straight profile. Both bulls and cows usually have horns. Their horns are of medium sized and usually straight. The horn is white but its end is black.

The cows are very good mothers and they calve relatively easily. They are very fertile and give birth to large and well-shaped calves. They are usually of very good behavior and are very calm in temperament. They are very easy to handle.

The Asturian Valley cattle are well adapted to their native climates. They also can do very well in extreme temperatures. They are most appreciated for high quality of meat and milk rich in fat and protein.

What is the weight of Asturian Valley Cattle?

Average live body weight of the mature Asturian Valley cows is around 600 kg. And the mature bulls on average weight around 700 kg.