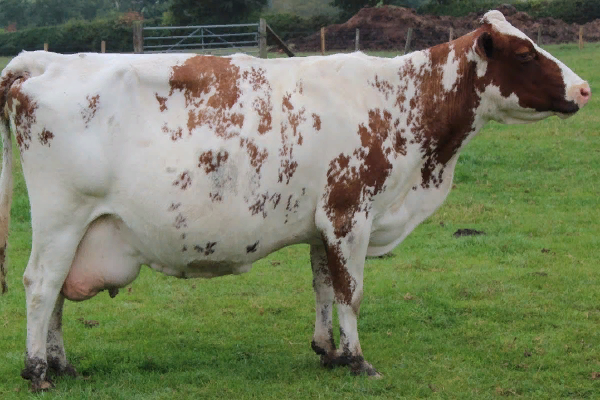 What Is The History Of Ayrshire Cattle Breed?

The Ayrshire breed originated in the County of Ayr in Scotland, prior to 1800 and was regarded as an established breed by 1812. During its development, it was referred to first as the Dunlop, then the Cunningham, and finally, the Ayrshire. These are all parts of the County Ayr. How the different strains of cattle were crossed to form the breed known as Ayrshire is not exactly known. There is good evidence that several breeds were crossed with native cattle to create the foundation animals of the breed. Prior to 1800 many of the cattle of Ayrshire were black, although by 1775 browns and mottled colours started to appear. The improvement of the native stock is thought to of begun around 1750 when it was crossed with other breeds such as the Teeswater cattle and Channel Islands cattle.

Ayrshire cattle were first brought to the United States in 1822, primarily to Connecticut and other parts of New England. The environment was similar to their native land of Scotland. The American Ayrshire Breed Association was founded in 1875.

Ayrshires remain popular in many countries such as Russia, North America, Britain, Australia, New Zealand, Africa and parts of Europe and South America. 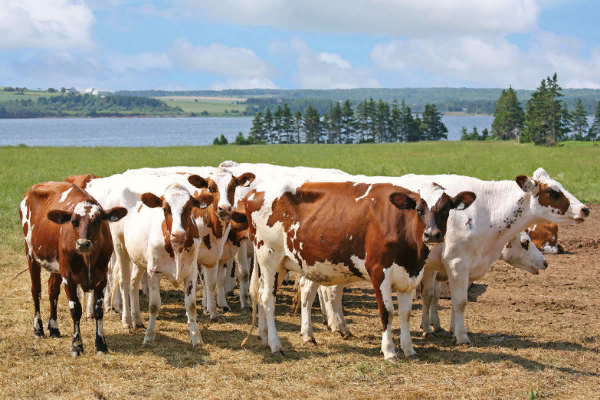 What Are The Characteristics Of Ayrshire Cattle Breed?

Ayrshire cattle can adapt to any and all climates. They are a very hardy, strong breed, often requiring less care and attention than other dairy alternatives.

Due to the environment of their native Scottish lowlands, they are typically strong and adaptable to many farming methods. Compared to other dairy breeds, Ayrshires are usually able to survive despite less feed and less fertile ground.

Ayrshire cattle are known for their mild and gentle disposition.

Calves are normally dehorned to reduce injuries to other cattle and human handlers. If they are not polled, their horns can grow up to 30 cm (12 in) in length.

Ayrshire cattle are usually red and white in colour. The red colour can vary from very deep to a lighter shade.

Ayrshire's are especially noted for the superior shape and quality of the udder. Their udders are usually long and wide, with a smooth texture, whilst teats are uniform and evenly placed.

Ayrshire cows are healthier than other breeds and usually live a lot longer. They are not, unlike competing dairy breeds, susceptible to foot rot and/or leg problems. In fact, Ayrshire cattle are free from genetic disease.

Ayrshires are medium-sized cattle. They are strong, rugged cattle.

The breed's strengths today are traits of easy calving and the vigor of Ayrshire calves. Strong and worthwhile calves are usually an average of 40 kgs at birth.

Ayrshire cows are known for their ability to produce an abundance of high-quality milk, sometimes in excess of 10,000 litres per lactation, with an average of 8,500 litres per cow in the UK. The average butterfat is 4.51% and protein is 3.30%. Their milk also contains a high amount of Kappa Casein and its composition makes it perfect for yoghurt and ice cream production. 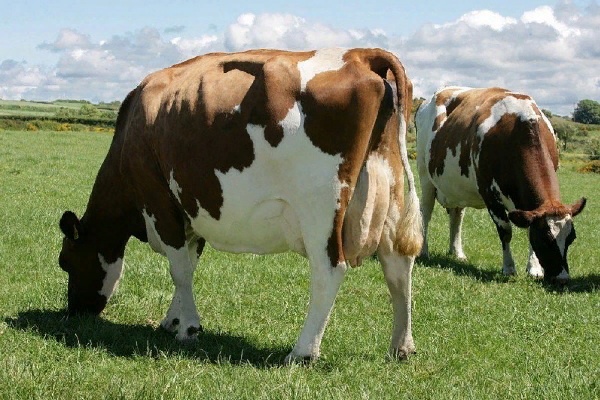 What is the weight of Ayrshire Cattle?

Bulls usually reach up to 900kgs at full maturity, with cows averaging 500-600kgs.