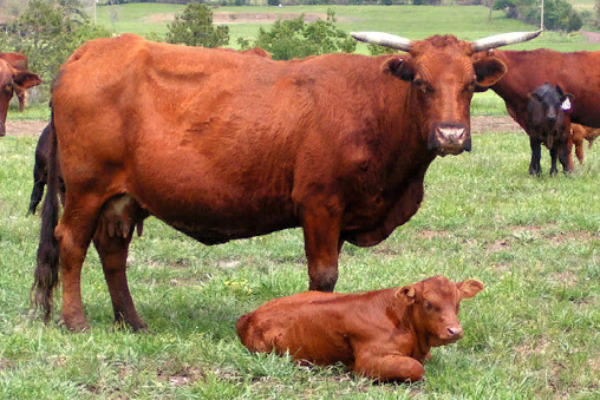 What Is The History Of Barzona Cattle Breed?

The development of the Barzona began in 1942 by Francis Bard and his wife at their ranch in the intermountain desert area of Yavapai County, Arizona. They hoped to develop a breed that would be adapted to their area which was rugged and rocky, with extreme temperatures, sparse rainfall, and scattered feed.

In 1946, E.S. "Jack" Humphrey joined with the Bard's and took over the management of the breeding operations. He combined the genetics of the Africander, Hereford, Angus and Santa Gertrudis. The Barzona breed was slowly developed by the studies with careful, planned matings to blend these different breeds and fix the desired characteristics. No outside blood was added to the herd after 1955. Production records were maintained a rigid selection was carried out for fertility, rate of gain and mothering ability. Those animals with the most desirable records were used back in the breeding program.

By 1968, Barzona cattle were genetically recognised as an established breed. In January 1968 the Barzona Breeders Association of America was formed in Phoenix. Currently the breed is found and produced mainly in the United States. 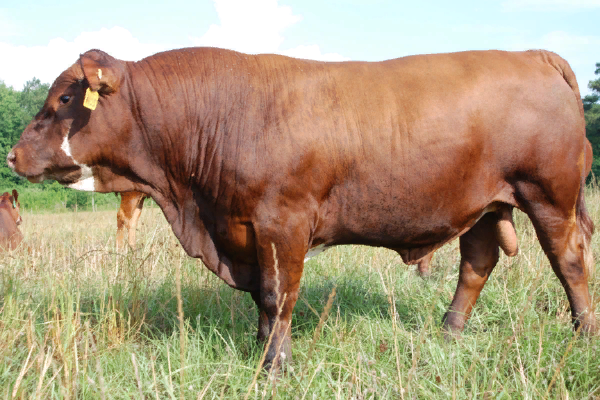 What Are The Characteristics Of Barzona Cattle Breed?

Modern Barzona are a medium size animal. It is distinguishable by its longish head and may be either horned or polled. Barzona are generally orange-red, but colour may vary from dark to light red.

Barzonas possess a high degree of herd instinct and are curious and intelligent. They have very good temperament and are relatively very easy to handle.

Perhaps it is because they were developed in one of the most rugged areas of the country that Barzonas have proven themselves to be an exceptionally adaptable breed. Starting in the mountain and desert regions, this hardy breed has moved across the country, from the snows of the Northwest to the grasslands of the Midwest, to the swamps of the Southeast. Cattlemen in the desert regions of the West like their ability to travel great distances from water and survive on rough, lowly palatable forages. They have very strong feet and legs which are very suitable for browsing tough conditions. They adapt easily to freezing temperatures and severe weather, even at calving time. In the South they utilize the native browse to maximum advantage and have proven highly resistant to the onslaught of insects, parasites and hot temperatures.

Barzona cows are considered good mothers. They are very fertile. They tend to calve easily without assistance and breed back year after year even under stressed conditions. The cows are pretty poor milkers, but produce enough milk for their calves. Barzona calves are hardy and exhibit outstanding vigor at birth. Barzona bulls are hardy and vigourous. They tend to reach puberty early and are useful throughout a long productive life.

They are raised mainly for meat production. The Barzona produces a well-marbled carcass with a high ratio of lean to fat. 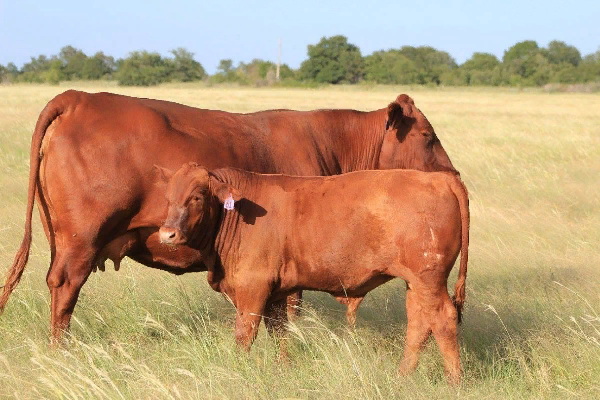 What is the weight of Barzona Cattle?