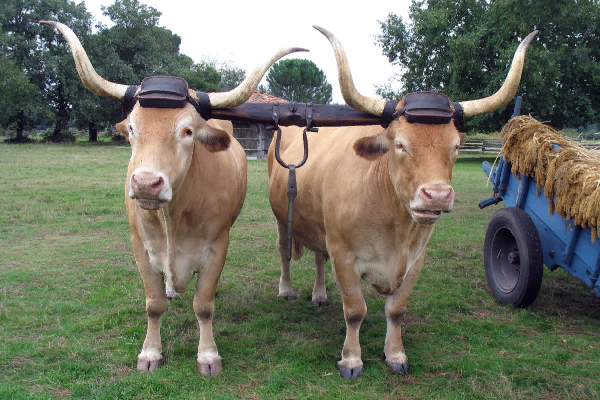 What Is The History Of Béarnais Cattle Breed?

The Béarnaise (The Béarnais) is a French breed of domestic beef cattle. It originates in the area of the traditional province of Béarn, in the east of the département of Pyrénées-Atlantiques, in the northern Pyrénées in south-west France. It was a triple-purpose breed, kept for its meat, for its milk, and as a draught animal. A herd-book was established in 1900.

This is also a very ancient type of cow and it is interesting to note that they were selected for breeding more for their aesthetic qualities (especially their horns) than for any reasons of productivity. Its population has declined dangerously since the 20th century due to the arrival of other much more productive breeds. From 360,000 cows in 1937 to 200,000 in 1962, only 120 specimens remained in 1978. Bearnaise farmers therefore focused on this breed in order to preserve one of their symbolic cows. 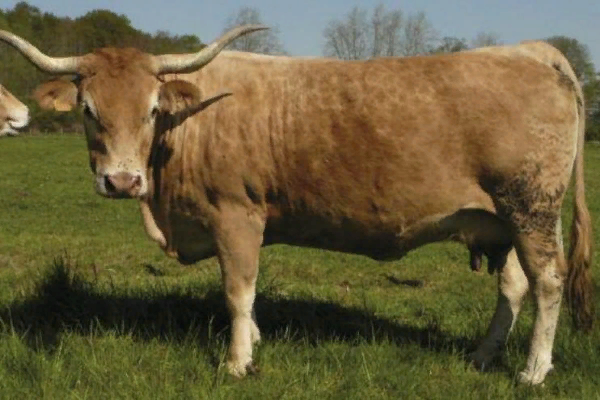 What Are The Characteristics Of Béarnais Cattle Breed?

The Béarnaise is wheat-coloured, varying from a dark fawn to white. The skin and mucous membranes are pale. The Béarn cow is hardy, with attractive big horns and white rings around the eyes. Both bulls and cows usually have horns.

This mountain-farmed breed calves easily, and has remained well adapted to climbing to the summer pastures: hardly, agile and physically athletic, it is ideally geared to searching out new grazing areas.This is a multipurpose, not particularly demanding breed, it can be used as a draught animal but also for cheese production. Agile and adapted to the mountains, the Bearnaise has large horns which allows it to defend itself against its natural predator: bears.

It was traditionally milked for only about six months, the milk was used to make mixed cows'-milk/sheep's-milk cheeses. Milk production is low, approximately 2000 l in a lactation of 200 days. Bearnaise veal produces very tender meat and an excellent flavour.

What is the weight of Béarnais Cattle?