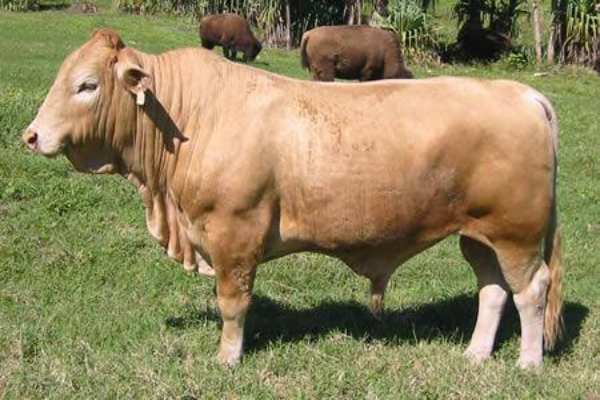 What is the History of Beefalo Cattle?

Beefalo are a composite cattle breed developed in the United States during the early 1970's by Californian DC "Bud" Basolo by interbreeding American Bison with Domestic Cattle. The Bison level was set at 3/8th's with the domestic cattle amount 5/8th's.

Beefalo are primarily cattle in genetics and appearance, with the breed association defining a full Beefalo as one with three-eighths (37.5%) bison genetics, while animals with higher percentages of bison genetics are called "bison hybrids".

The cross between the Bison and beef breeds combined the superior hardiness, foraging ability, calving ease, and meat quality of the Bison with the fertility, milking ability, and ease of handling from the bovine. The cross has also given increased meaning to the term of hybrid vigor. Beefalo animals can be more efficient, which can cut input costs and improve profits.

Accidental crosses were noticed as long ago as 1749 in the Southern states of North America, during British Colonialization.

Beef and bison were first intentionally crossbred during the mid-19th century. The first deliberate attempts to crossbreed bison with cattle was made by Colonel Samuel Bedson, warden of Stoney Mountain Penitentiary, Winnipeg, in 1880.

Bedson bought eight bison from a captive herd of James McKay and inter-bred them with Durham cattle. The hybrids raised by Bedson were described by naturalist Ernest Thompson Seton: ‘’The hybrid animal is claimed to be a great improvement on both of its progenitors, as it is more docile and a better milker than the Buffalo, but retains its hardihood, while the robe is finer, darker and more even, and the general shape of the animal is improved by the reduction of the hump and increased proportion of the hind-quarters.’’

After seeing thousands of cattle die in a Kansas blizzard in 1886, Charles "Buffalo" Jones, a co-founder of Garden City, Kansas, also worked to cross bison and cattle at a ranch near the future Grand Canyon National Park, with the hope the animals could survive the harsh winters He called the result "cattalo" in 1888.

Mossom Martin Boyd of Bobcaygeon, Ontario first started the practice in Canada, publishing about some of his outcomes in the Journal of Heredity. After his death in 1914, the Canadian government continued experiments in crossbreeding up to 1964, with little success. For example, in 1936 the Canadian government had successfully cross-bred only 30 cattalos.

It was found early on that crossing a male bison with a domestic cow would produce few offspring, but that crossing a domestic bull with a bison cow apparently solved the problem. The female offspring proved fertile, but rarely so for the males. Although the cattalo performed well, the mating problems meant the breeder had to maintain a herd of wild and difficult-to-handle bison cows.

In 1965, Jim Burnett of Montana produced a hybrid bull that was fertile Soon after, Cory Skowronek of California formed the World Beefalo Association and began marketing the hybrids as a new breed. The new name, Beefalo, was meant to separate this hybrid from the problems associated with the old cattalo hybrids. The breed was eventually set at being genetically at least five-eighths Bos taurus and at most three-eighths Bison bison.

These organizations jointly formed the American Beefalo Association, Inc., which currently operates as the registering body for Beefalo in the United States. A United States Department of Agriculture study found Beefalo meat, like bison meat, to be lower in fat and cholesterol than standard beef cattle.

What are the Characteristics of Beefalo Cattle? 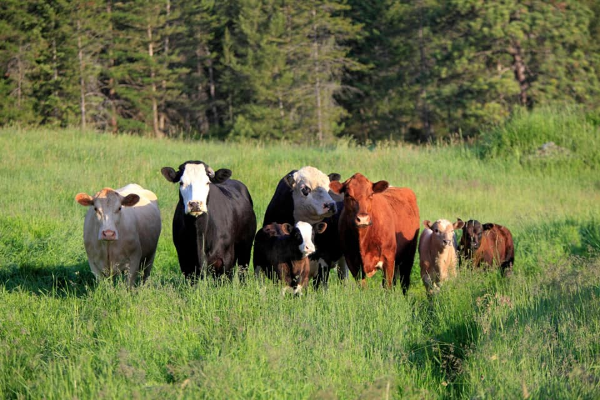 • They have retained most of their Buffalo coat, hardiness, and lean meat quality but have inherited the domestic temperament and looks. They are a medium to large sized breed with an impressively powerful body that is long and legs much like that of the Bison. Their faces have the characteristics of cows and the roundness of the Buffalo in profile

• They can have long upward tapering horns, but they are usually dehorned as young calves.

• Most Cattle produce milk but not all of them are used in the dairy Cattle capacity for their milk.

• Cows only calve once a year and should have 12 to 14-month inter-calving cycle.

• The Beefalo cows make really good mothers with excellent maternal instincts getting the best of both the bison and domestic cattle breeds instincts. She will protect her young at almost all costs, has a good birthing rate percentage, is quite fertile and has easy births. Her calves are usually strong, healthy and ready to go as soon as their feet touch the ground. They have quite a low birth weight but tend to fill out quite quickly and well.

• The Beefalo can vary greatly in appearance but generally it has a large frame and is well muscled similar in stature to the Bison.

• They are very docile in nature. One similarity most Beefalos share is their unique coat with it being very dense and made up of fine hair enabling them to adapt to colder climates. This is why ranchers prefer this breed compared to others, the Beefalo is hardy in extreme cold as well as extreme heat.

• Beefalo calves are born small but grow very fast, cattle producers buy and breed Beefalo for the easier care of animals from weaning to the sales auction market.

• The USDA does not allow anyone to sell or claim their meat is Beefalo beef without registration approval from ABWR, so once registered breeders are open to take full advantage of the great beef selling attributes the breed provides.

What is the Difference Between Beefalo and Others? 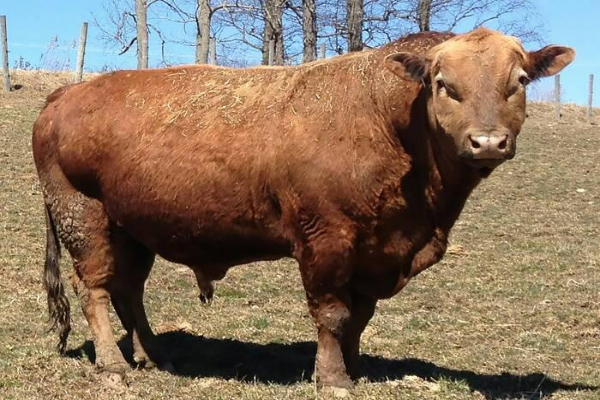 What is the Weight of Beefalo Cattle? 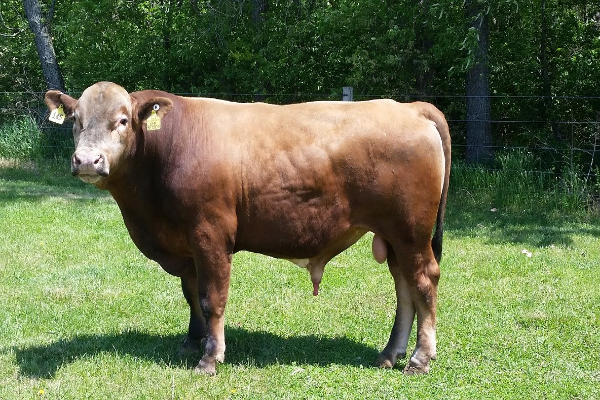