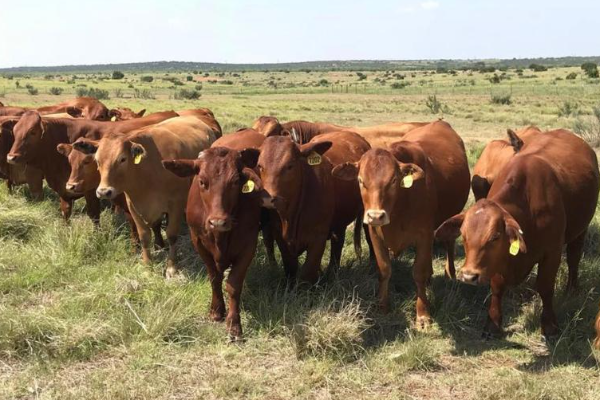 What Is The History Of Beefmaster Cattle?

Beefmaster cattle are the first American composite breed (a combination of three or more breeds). These cattle have been developed by the Lasater Ranch then headquartered in Texas. Beefmasters are the most important part of any crossbreeding program because of the powerful impact they have on Maternal Heterosis. If your cowherd is predominantly Angus or Brangus, using Beefmaster bulls on those cows will create superior crossbred females to capitalize on Maternal Heterosis. The driving factor for hybrid vigor in crossbreeding is Retained Heterosis. Because of the unique genetic content of Beefmasters, 63% of the possible heterosis is Retained. This is significant because most American Breeds retain 47% heterosis. Beefmaster bulls will pass along that 16% increase in heterosis in the form of more pounds of calf weaned and more productive females in almost every trait.

The breeding program leading to their establishment was started by Ed C. Lasater in 1908, when he purchased Brahman bulls to use on his commercial herd of Hereford and Shorthorn cattle (Beefmaster cattle are 50% Brahman, 25% Hereford, and 25% Milking Shorthorn). Mr. Lasater also developed a registered Hereford herd in which the cattle had red circles around each eye. In both his Brahman and Hereford breeding, milk production was stressed. 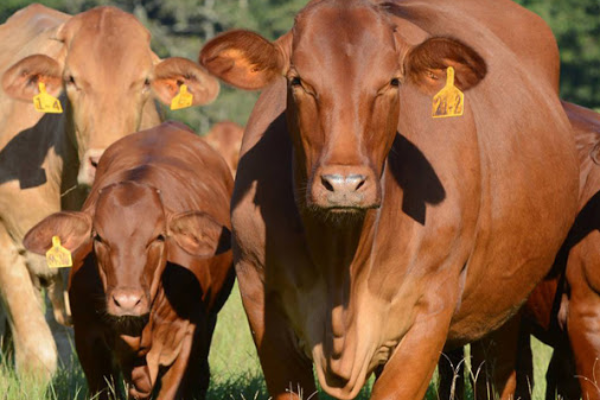 Following his death in 1930, the breeding operations came under the direction of his son, Tom Lasater, who began to combine the breeding of the Brahman and Hereford cattle and also used some registered Shorthorn bulls. After making crosses of Brahman-Hereford and Brahman-Shorthorn, he felt a superior animal had been produced and called the cattle Beefmaster.

The exact pedigree of the foundation cattle was not known. The breeding operations were carried on in multiple-sire herds and rigid culling was practiced. The Lasater Ranch estimates that modern Beefmaster has slightly less than one-half Brahman blood and slightly more than one-fourth of Hereford and Shorthorn breeding. The original concepts of Tom Lasater in developing Beefmaster cattle have continued. The selection continues for those points which were originally used by Mr. Lasater and are now known as the Six Essentials - Weight, Conformation, Milking Ability, Fertility, Hardiness, and Disposition.

Tom Lasater closed his herd in 1937, and no outside genetics have been introduced into the Foundation Herd since that time. Intense selection for economically important traits over the last 80 years has resulted in a homozygous beef breed that has locked in the explosive growth potential of a hybrid. Lasater’s concept was that you select for cattle only based on these six traits of economic relevance, to the exclusion of many traits that other breeds have expended genetic energy on the like color pattern, horns, height, etc.

This unique approach is why Beefmasters are known by the slogan “The Profit Breed.” Satisfaction by ranchers and creditable performance in feedlots indicates the value of stressing the important utilitarian points in developing breeding herds. The Beefmaster is now the fourth largest beef breed in the US and was recognized by the U.S. Department of Agriculture as a pure breed in 1954.

What Are The Characteristics Of Beefmaster Cattle? 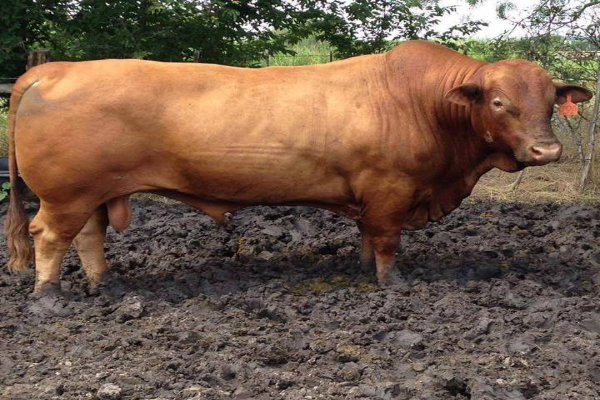 What Is The Difference Between Beefmaster and Others? 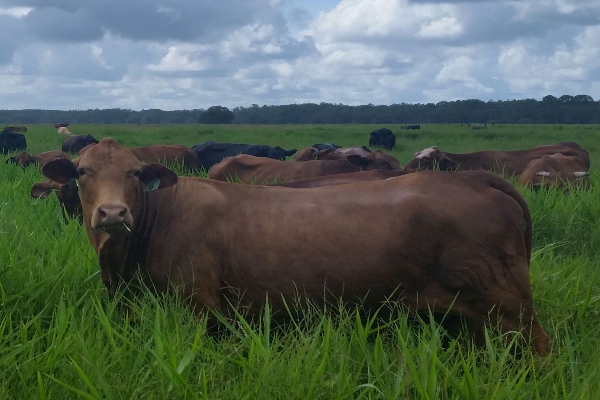 The thing that probably most differentiates Beefmaster cattle from other breeds is the Six Essentials, which were the founding selection principles on which the breed was formed: Fertility, Weight, Conformation, Milk Production, Hardiness, and Disposition.

Fertility; This is the first among equals and the cornerstone of the philosophy. Cows that do not have a calf every single year are not economically viable.

Weight; Of obvious importance—ranchers sell pounds. Weight is another highly heritable trait. We select for cattle that produce optimum (not necessarily maximum) weight with minimum input.

Conformation; This refers to the visual appraisal of a live animal with regard to carcass merit. We select for long, trim, well-muscled bulls, and smooth, feminine cows that meet industry demands.

Hardiness; It is critical for cattle to be able to thrive under tough conditions. Beefmasters excel in calf livability, low death loss, low maintenance costs, and resistance to disease and parasites. 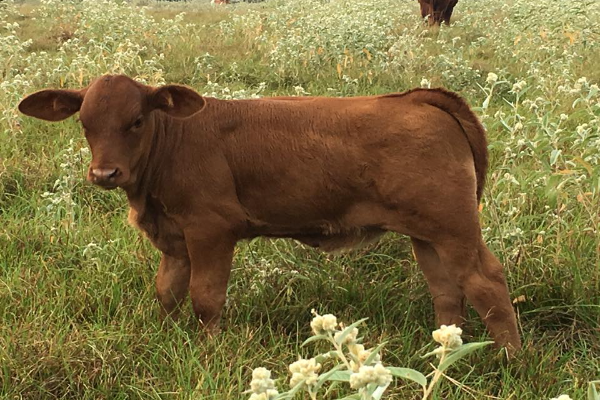 Milk Production; Next to genetics, milk production is the single most important factor in weight. When asked to describe the perfect cow, Tom Lasater said, “She’ll look like a cow that gives a hell of a lot of milk.” By the way, should a rancher decide to keep heifers sired by Continental bulls, the fastest way to instill maternal worth in those females, is to breed them back to Beefmaster bulls. No one can add as much to the maternal suite of traits in as short a generation interval as Beefmaster bulls.

Here again, this is because of the 63% Retained Heterosis in Beefmasters and the unique genetic makeup they possess. While the bulls only work for a couple of short months to breed, the mother cows work tirelessly for the majority of the year, be they breeding, carrying a calf to term, or providing milk and protection for a calf through weaning, sometimes longer. In the case of the Beefmaster breed, cows begin their work at an early age, too.

Beginning at the age of two, the females must breed successfully in a short 60-day breeding season, competing within a large herd of cows among multiple sires.

What Is The Weight Of Beefmaster Cattle? 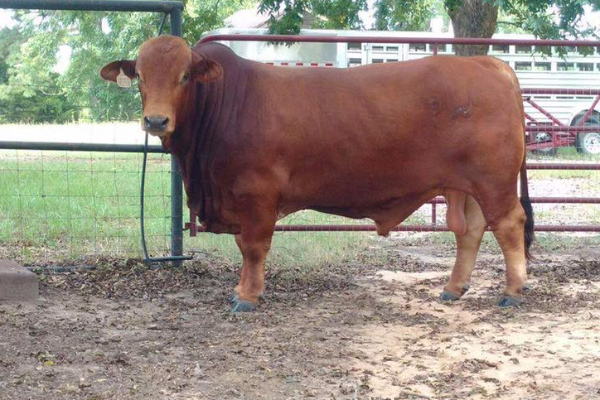