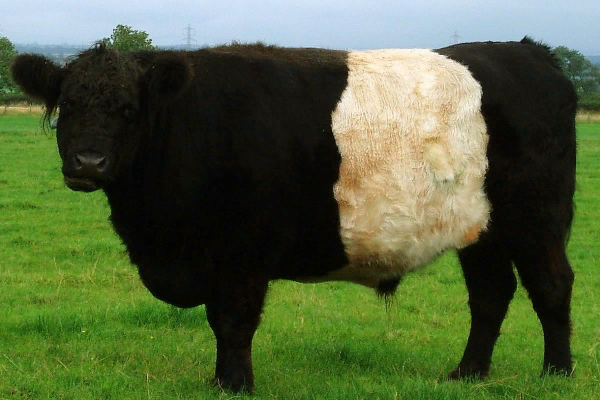 What Is The History Of Belted Galloway Cattle Breed?

The Belted Galloway is a traditional Scottish breed of beef cattle. The Belted Galloway derives from the traditional Galloway cattle of the Galloway region of south-western Scotland, which in turn form part of a broader group of traditional Scottish cattle including the Aberdeen Angus and Highland breeds. Most Galloway cattle are black, but several other colors are also found in the breed. The most distinctive is black with a white belt. A separate herd book for belted cattle was established in Scotland in 1928, and this division of the strains by color has led to the formation of the Belted Galloway breed. The Belted Galloway is essentially the same in origin and characteristics as the Galloway and only differ by the distinctive white belt that is thought to have been introduced by an infusion of Dutch Lakenvelder blood, probably in the seventeenth or eighteenth century.

In the twentieth century, Belted Galloways were exported to many countries including Australia, Brazil, Canada, France, Germany, Holland, New Zealand and the United States. Breed societies were started in New Zealand in 1948, in the US in 1951, and in Australia in 1975. Like other breeds, the Belted Galloway suffered heavily during the epidemic of foot-and-mouth disease in the British Isles in 2001, and a substantial part of the total population was lost. By 2007 numbers had recovered to the point where it could be removed from the endangered native breed watchlist of the Rare Breeds Survival Trust. 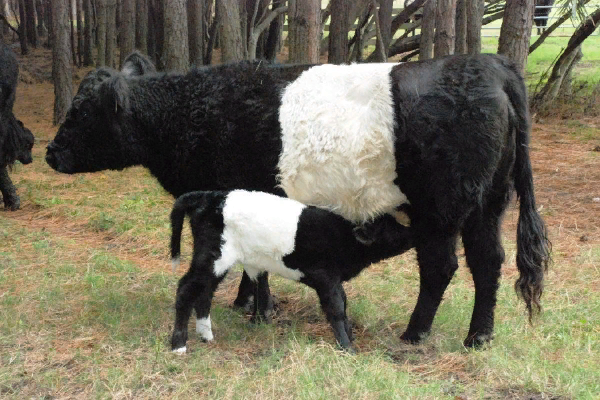 What Are The Characteristics Of Belted Galloway Cattle Breed?

The most visible characteristics are its long hair coat and the broad white belt that completely encircles its body. Black Belteds are the most prominent, but Dun and Red Belteds are also recognised by breed societies, the latter being comparatively rare and sought after. Beneath the flashy appearance is found a very useful animal. The Belted Galloway is well adapted to a variety of climatic conditions. The cattle grow a shaggy hair coat in the winter. In the summer, Belted Galloways shed this coat and tolerate warm climates better than do most other cold adapted cattle. It is adapted to living on the poor upland pastures and windswept moorlands of the region. They are well-suited for rough grazing land and will use coarse grasses other breeds would shun. Tests have shown that the Galloway requires the least amount of feed per kilogram of weight gain making the cattle efficient converters.

The breed was evolved in a harsh environment, resulting in high disease resistance and the ability to survive in the toughest of conditions. The cattle are more resistant to pink eye, insects and foot problems than many other breeds. Galloway cattle are naturally polled.

Belted Galloways are generally of a quiet temperament. Cows show strong maternal instinct, including the ability to protect calves against predators. Their calving process is relatively free of complications. Belted Galloway dams have quite high fertility, meaning they reliably have one calf each year, with the likely possibility two calves per year. These cattle mature slower than their other European counterparts, however. Breeding should never be attempted before the Beltie cow has reached two years of age. The slow maturity means that early breeding before the cow is fully grown would result in difficult calving. 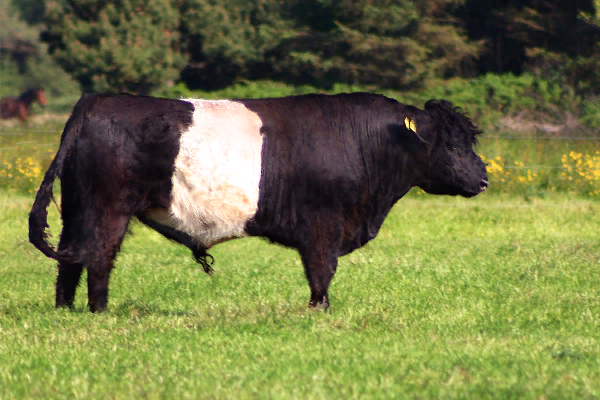 What is the weight of Belted Galloway Cattle?

Belted Galloway bulls weigh about 850kg. A cow ranges from 400 to 600 kilograms. Calves generally weigh around 30 kg at birth.