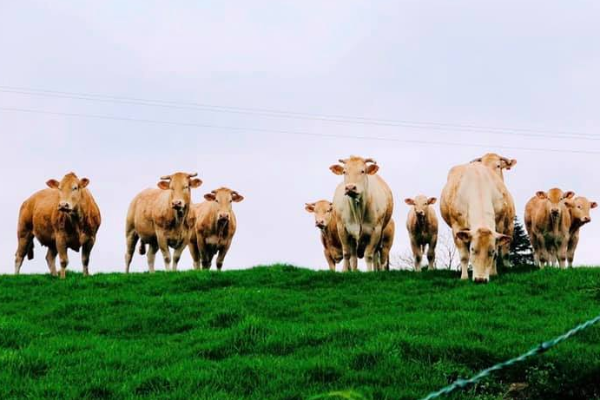 What Is the History of Blonde d'Aquitaine?

The breed originates from the Aquitaine district in the southwest of France embracing the area of the Garonne valley and the Pyrenees. It was created in 1962 by merging three blonde draught breeds of south-western France, the Blonde des Pyrénées, the Blonde de Quercy, and the Garonnaise.

The Blonde d'Aquitaine trace to cattle that were in the area in the middle ages, when blonde cattle were used to pull carts carrying weapons and goods. The cattle were valued as draft oxen and for their meat and milk. The Blonde d'Aquitaine breed exhibits a history of selective breeding pressures that have resulted in the economically valuable breed that we know today. Its muscle development, hardiness, and docility are products of its early development as a draft animal.

The Blonde d'Aquitaine includes almost all the traditional blonde cattle breeds of southern France, although remnant populations of a few of them have allowed them to be reconstituted. The moving force behind the creation of the breed was Raphaël Trémouille, a veterinary surgeon and member of the lower chamber of the French parliament.130 From about 1970, concerted efforts were made to improve the beef production attributes of the breed.

In 2013 there were about 560,000 heads in more than 18,000 farms. The Blonde d'Aquitaine has been exported to many countries of the world, including all countries of the European Union. It is much used for cross-breeding in Oceania and in Eastern Europe and has shown particular promise when crossed with zebuine cattle breeds in South America.

Blondes today are one of the best and most popular beef breeds in France because of their lean muscling, high growth rate, docility, and calving ease due to a high tail set, large pelvic area, and light bone. Numbers in France are growing at about 5% per year. They are the third-largest breed in France (with over 480,000 cows) and are quickly catching the Limousin and Charolais breeds.

An extensive progeny testing program has ensured continual improvement in the breed, which is reflected in its popularity. The Blonde d'Aquitaine can be found all around the world and is particularly popular in Europe, America, Canada, and Australia.

What Are The Characteristics Of Blonde d'Aquitaine? 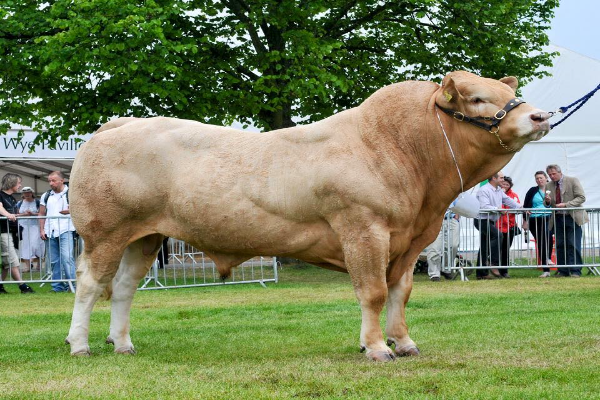 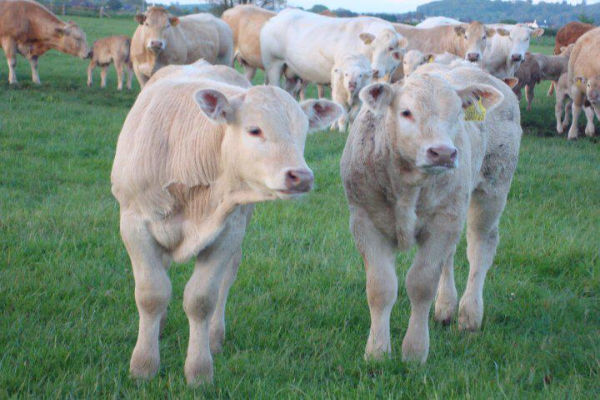 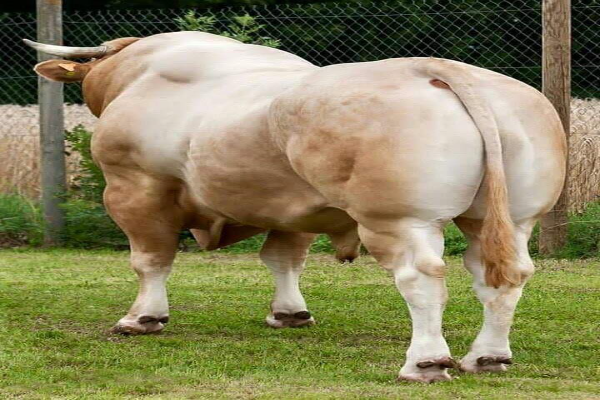 What Is The Difference Between Blonde d'Aquitaine and Other Breeds? 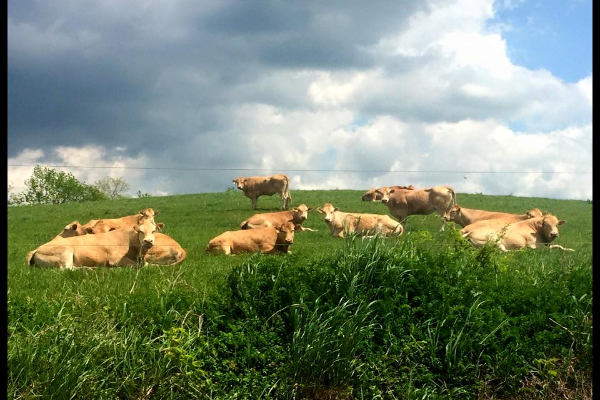 Calving; Blondes consistently prove their ease of calving, with five out of seven trials reviewed rating them easier than Charolais, and four out of seven placing them better than - or equal to - Limousins. Irish trial work has shown calf mortality within 24 hours of birth to be lower with Blondes (2%) than with the Limousin (3.1%) or Charolais (2.9%). Work done in Yugoslavia with Simmental suckler cows showed the Blonde produced far fewer assisted births (5.6%) than Charolais (16.2%), Simmental (11.1%), and Hereford (12.2%). Other studies show the breed to have an advantage over other beef breeds when mated with Friesian cows, with one trial finding that only 6.1% of calvings requiring assistance, compared with 17% for Charolais, 11.9% for Limousin and 17.8% for Belgian Blue.

Meat; Evidence from the MLC shows that the Blonde's superior killing out means its carcass growth rates compare favorably with any other major breed. While it's daily live weight gain may be lower than the Simmental or Charolais, the small amount it loses in total growth is more than recouped through its ability to produce quality carcasses. Major trials in several countries have underlined these findings.

In a New Zealand trial of 120 beef breeds on Aberdeen Angus cows, Blonde sired crossbreds outperformed all others, achieving 68.3% lean meat (other breeds 67.1 - 62.4%), with an advantage of 16.4% carcass weight and 22.4% saleable meat over the pure Angus control group. Continental work has shown the Blonde to have superior feed conversion efficiency to main competitor breeds.

German work rated Blonde bulls ahead of Simmental, Limousin, and Piedmontese x German Brown bulls. Many studies from all over the world confirm the Blonde's outstanding conformation and ability to produce carcasses that contain more meat, extra meat in the higher-priced cuts, lower bone content, and lower dressing out than competitor breeds when crossed with a wide variety of dam types. MLC work identifies advantages like the breed's lower backfat levels, which - at 2.4 mm - are similar to Limousin, but below those of other major breeds (Simmental 3.6 mm; Charolais 3.3 mm; Hereford 3.8 mm).

Data from 25 years of testing at the Egtved beef testing station in Denmark showed that Blondes achieved better eye muscle area than other breeds from smaller carcasses, which means much more meat and less waste for abattoirs and butchers. In their trial's carcasses from 13-month-old Blondes averaged 92.8 square centimeters eye muscle area from a live weight of 576 kgs, a significant advantage over it's a nearest rival, the Charolais (87.4 sq cm, 627 kgs) and the other breeds tested (Limousin 86.1 sq cm, 557 kgs; Simmental 80.6 sq cm, 650 kgs; Hereford 71.2 sq cm, 587 kgs). This is supported by Yugoslavian trials which show that, when crossed with Simmental x Holstein heifers, Blondes sires produced eye muscles averaging 100.9 sq cms (Limousin 95.9; Charolais 91.6; Simmental 84.0). On pure Simmental, Blondes produced a 102 sq cm eye muscle (Charolais 94.6; Limousin 94.4; Simmental 89.2). Both male and female Blonde-sired animals maintained their advantage when the carcasses were dressed out.

What Is The Weight Of Blonde d'Aquitaine? 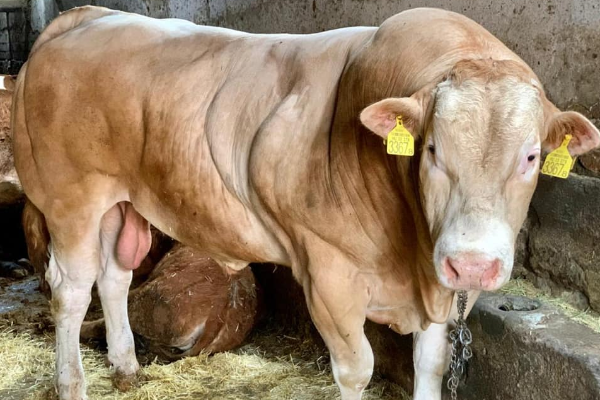