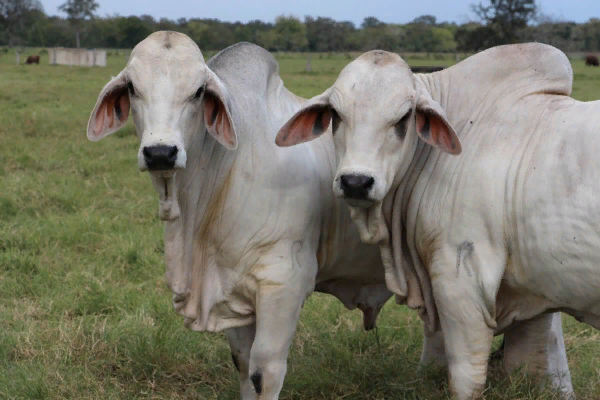 What Is The History Of Brahman Cattle Breed?

The Brahman is an American breed of beef cattle. The Brahman breed originated from Bos indicus cattle from India. Through centuries of exposure to inadequate food supplies, insect pests, parasites, diseases and the weather extremes of tropical India, the native cattle developed some remarkable adaptations for survival which cattle producers in the USA found useful and advantageous.

The American Brahman was first bred in the early 1900s as a cross of four different Indian cattle breeds: Gujarat, Ongole, Gir and Krishna Valley. The original American Brahman cattle originated from a nucleus of approximately 266 bulls and 22 females of several Bos indicus varieties imported into the United States between 1854 and 1926. The American Brahman Breeders Association was formed in 1924. It has been crossbred extensively with European beef breeds of cattle. It has been used to develop numerous other U.S. beef breeds including Brangus, Beefmaster, Simbrah, Braford and Santa Gertrudis.

The Brahman is very popular and has been exported from the USA to many beef cattle producing countries including Argentina, Paraguay, Mexico, Brazil and South Africa. The Brahman Breed has made a major impact on the Australian beef cattle market, especially in the northern parts of Australia. Since the introduction of the breed to Australia, over 50% of Australia's cattle population are either Brahman or Brahman cross cattle. There are breeders of the Brahman breed in Victoria right through to North Queensland. 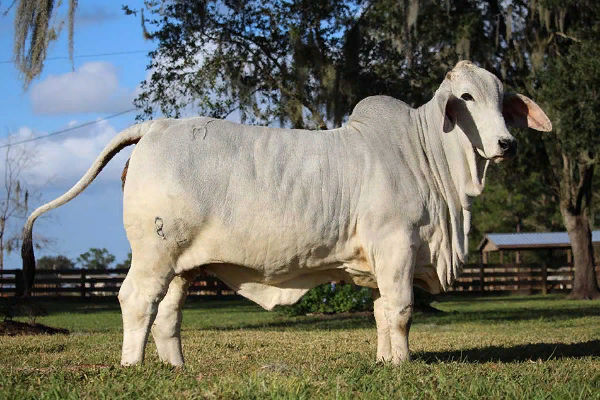 What Are The Characteristics Of Brahman Cattle Breed?

Brahmans vary in colour from very light grey or red to almost black. A majority of the breed are light to medium grey. Mature bulls are normally darker than cows and usually have dark areas on the neck, shoulders and lower thighs.They have short, thick, glossy hair which reflects much of the suns rays and black pigmented skin, making it able to graze in the midday sun without suffering. Brahmans have more highly developed sweat glands than European cattle and so can sweat freely through the pores of the skin, which contributes materially to their heat tolerance.

All the Bos indicus cattle are characterized by a large hump over the top of the shoulder and neck. The other characteristics of these cattle are their horns, which usually curve upward and are sometimes tilted to the rear, their ears, which are generally large and pendulous.

Brahmans are intelligent, inquisitive and shy. They are unusually thrifty, hardy and adaptable to a wide range of feed and climate. However, these characteristics also suggest careful, kind handling methods. Brahmans like affection and can become very docile. They quickly respond to handling they receive, good or bad. Well bred, wisely selected and properly treated Brahmans are as easily handled as other breeds.

Brahman cattle are known for their extreme tolerance to heat and are widespread in tropical regions. They are resistant to insects due to their thick skin. The breed does well not only in hot temperatures but also in the colder climate. Brahman cattle live longer than many other breeds, often producing calves at ages 15 and older. Their carcasses have low fat and high muscle content. 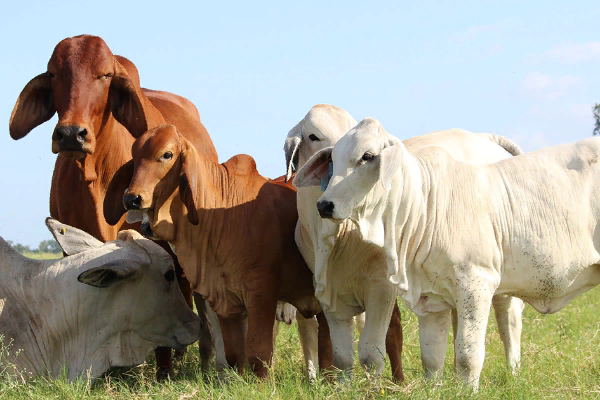 What is the weight of Brahman Cattle?

Bulls weigh around 900 kg, while cows can reach about 600 kg.The calves are small at birth, weighing about 28 kg, but grow very rapidly.