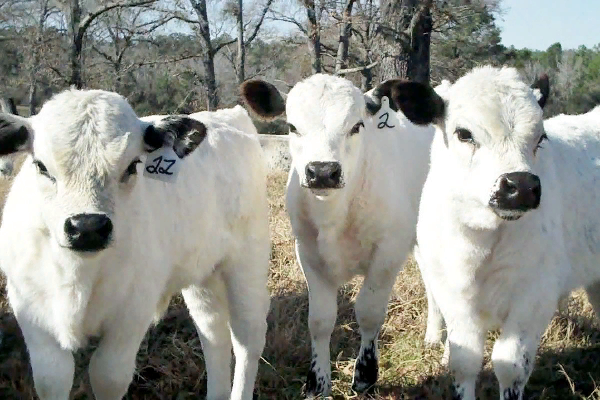 What Is The History Of British White Cattle Breed?

The British White is a British cattle breed, used mainly for beef.

British White cattle are one of Britain’s oldest breeds. The breed originated in Lancashire and is descended from indigenous wild white cattle. British White cattle owe their survival to a handful of large estates. Back in the 1860s, the breed suffered terribly in the cattle plague. Indeed, there were only 7 herds recorded in 1918 – a grand total of 131 animals. However, the formation of the Rare Breeds Survival Trust coupled with the efforts of the British White Cattle Society has led to a healthy rise in numbers. Today, British White cattle are no longer listed as a rare breed.

Although there are still large herds in East Anglia, the breed has spread all over the country and is increasingly popular. The British White has been exported across the globe to countries including Australia, New Zealand and America.

What Are The Characteristics Of British White Cattle Breed? 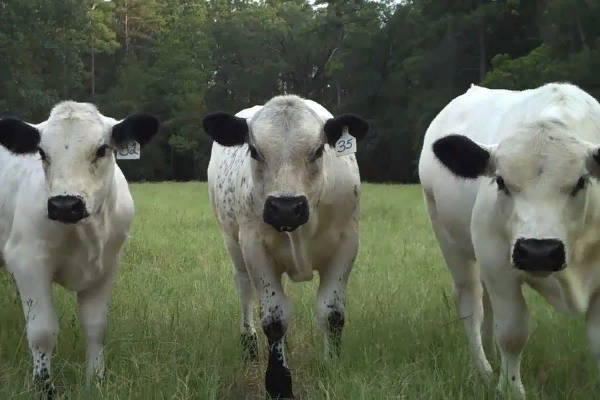 The cattle, as their name implies, are white with, normally, black points, although red pigments are present in about 2% of specimens. The coloured points include the ears, feet, eyelids, nose and often even teats. The skin showing dark pigmentation. This type of pigmentation and the black points elimintates problems of eye cancer and sunburn.

British Whites are quite resistant against health problems, especially viral pneumonia and tuberculosis. Ticks are also uncommon, as are cases of arthritis and calving difficulties.

The British White is a naturally polled, medium-sized and compactly built. These animals are well-suited to almost any climate, as their bodies are able to thrive even in extremely hot weather, while cold weather doesn't cause many issues for them. The breed is hardy, the animals readily graze rough vegetation such as rushes, nettles or heather, and they keenly browse many trees and shrubs.

British White cows have well set udders and medium sized teats that hold their shape. It is not uncommon to see 14 and 15 year old cows with udders tightly set and well shaped teats. They rarely have calving difficulties. Another quality of this breed is their mothering ability by individual females, also incorporating the nursery system of a guard cow protecting groups of calves whiles the remainder of the herd grazes. Although this characteristic is known in some breeds of cattle, it is highly developed in British Whites and is of great benefit in areas where wild dogs or other predators are a concern.

The British White breed is a docile breed, their temperament is pleasant and showcases their high intelligence.

British White bulls are perfect for cross breeding. They transmit the superior qualities of the breed to all their offspring.

Their beef is considered tender with good marbling qualities, with low fat and cholesterol levels. Although mainly used for beef, their milk is held in high esteem.

What is the weight of British White Cattle? 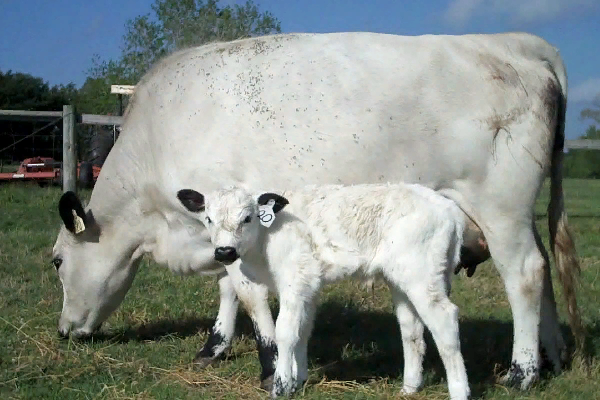