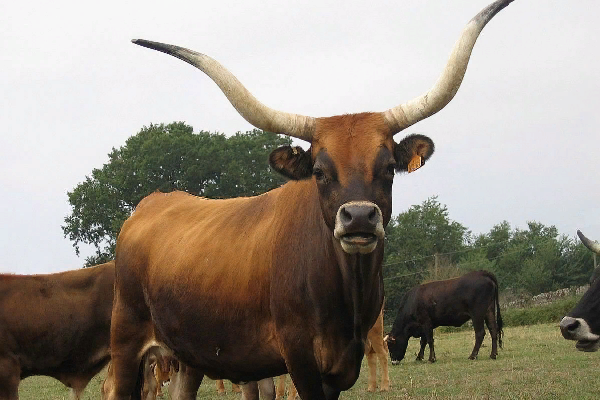 What Is The History Of Cachena Cattle Breed?

The Cachena cattle are a small breed of domestic cattle from Portugal. A triple-purpose breed historically, they were once raised not only for beef and milk production but also for draught work. Along with Portugal, these animals are also bred in Galicia, Spain. And there is also the similar but larger cattle breed available in Portugal which is known by the name Barrosão or Barrosã. Sometimes Barrosã and Cachena are considered different variants of the same breed.

Cachena cattle were bred from the brown and yellow local cattle in Northern Portugal. Cachena cattle were originally bred in the Vila Real District, an agriculturally poor district in the extreme north of Portugal. In that area, climate is hot and dry in summer, and cold and humid in the winter. The grounds are arduous and little fertile.

Cachena cattle are distributed around the low mountain range regions of the communities in the Spanish natural park Baixa Limia-Serra do Xurés in the frontier region to Portugal. In addition they are spread in the region around the Ourensic village Olelas and in the Portuguese Peneda-Geres National Park.

By 1986, there were only a reported 30 cattle remaining, though five years later this had increased to 260 cattle. By 2013, this had increased substantially to over 4,700 cattle, with 165 separate herds. The first official herdbook for Cachena cattle was only founded in 2000. 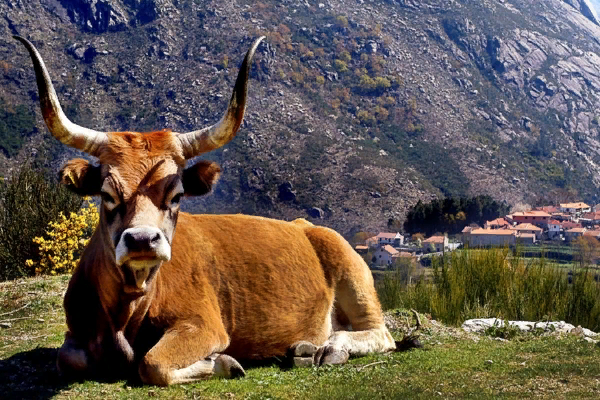 What Are The Characteristics Of Cachena Cattle Breed?

The Cachena cattle are small sized animals but not a dwarf breed. They are, however, one of the smallest cattle breeds of the world. Average height of both bulls and cows is equal or less than 110 cm. But the bulls are normally taller than the cows. They have a well-proportioned body and long lyre-shaped horns. They are usually light brown to yellow in color with dark brown nuances around the whithers. Bulls tend to be darker in colour than cows. Their mucosas are unpigmented except of the dark muzzle.

Although the Cachena cattle breed was a triple-purpose breed previously, but now it is raised mainly for meat production, with their meat said to be of excellent quality. Along with quality meat production, the breed also produce a little amount of milk. Their milk is of markedly good taste mainly because of the wild herbs of the range. Cachena cows are excellent mothers and always protect their young.

The Cachena cattle are very hardy animals, capable of thriving in both cold conditions and extreme heats. They can live on poor granite soil. In most cases, these animals are kept in the nature in free range grazing system. They have good sense of smell which helps them for searching for rare herbs in the bushland.

What is the weight of Cachena Cattle?

Average live body weight of the mature cows is around 390 kg. And the mature bulls on average weight around 550 kg.