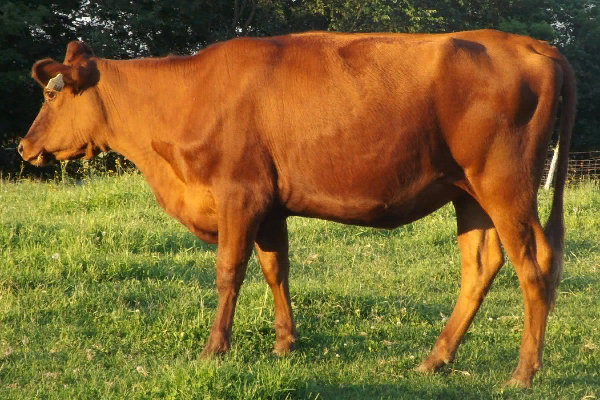 What Is The History Of Canadienne Cattle Breed?

Canadienne cattle, also known as Black Canadienne, French Canadienne, and Black Jersey, are the only breed of dairy cattle developed in Canada.

Canadienne cattle were developed in Canada primarily from animals imported from Normandy and Brittany during the 16th and 17th century. This population was shaped by natural selection in the rugged environment of eastern Canada, and the resulting breed became known as the Canadienne. It is believed that Canadienne cattle come from the same general ancestry as Guernsey, Jersey and Kerry cattle. They developed into a hardy, compact dairy breed that could survive the harsh environment of Quebec. The cattle also provided draught work and meat, which was important to the colonists.

Unfortunately, the breed's characteristics were not highly valued and by the mid-1800's a number of influential farmers were encouraging the crossing of the native Canadienne with bigger imported breeds less adapted to local environmental conditions. Today, the Hereford and Holstein have become the most common types of cattle in Canada. In 1895 a small group of concerned breeders and academics joined to form the Canadienne Cattle Breeders Association. In recent years the Quebec government has initiated several programs aimed at conserving the breed and encouraging the breeders to continue. The breed is closely associated with Quebec, and even today the majority of the cattle are found in this province. Small herds do exist in the US. 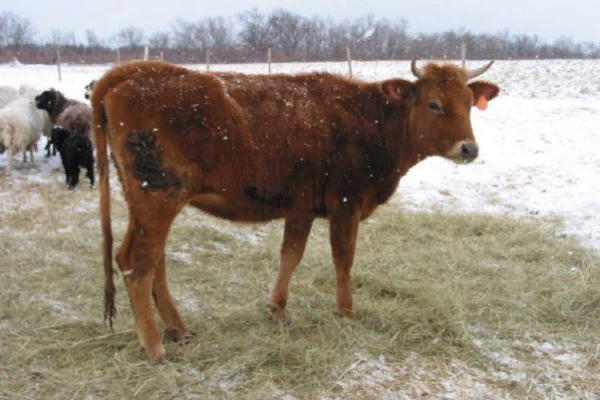 What Are The Characteristics Of Canadienne Cattle Breed?

They are born pale, then become black, brown or russet, often with paler muzzle, side, and udder. There may occasionally be white on the udder, stomach and chest. Canadienne also have very darkly pigmented skin and dark hooves. The black‑tipped horns curve up and turn back toward each other.

The Canadienne is well adapted to the Canadian climate, soil and herbage and does not require the importation of expensive foods or intensive management. The Canadienne is small to medium-sized, long-lived and has an exceptionally docile temperament. This breed has been developed to survive in the harsh Canadian environment. Their small size allows for the animals to remain on pasture for longer periods of time in early spring and late fall because their light weight does not cause as much damage to the soil compared to heavier breeds.

The main use of Canadienne cattle is for milk production. Canadiennes produce good quantities of milk in relation to their own body size and food requirements. Milk production averages about 15,000 pounds (6 800 kg) per lactation, with about 4.35% butterfat and 3.7% protein. Most significant is the breed’s ability to produce milk on poor forage and under very challenging conditions. Few dairy breeds demonstrate this combination of hardiness and productivity as well as the Canadienne. They have also been raised for meat production. The meat tends to be lean, and the light bone results in a high percentage of usable meat in relation to total body weight. 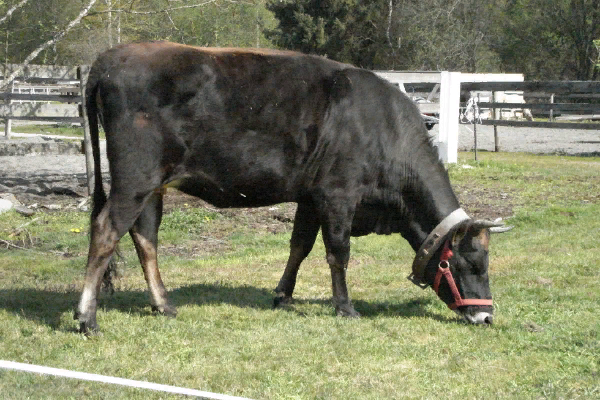 What is the weight of Canadienne Cattle?