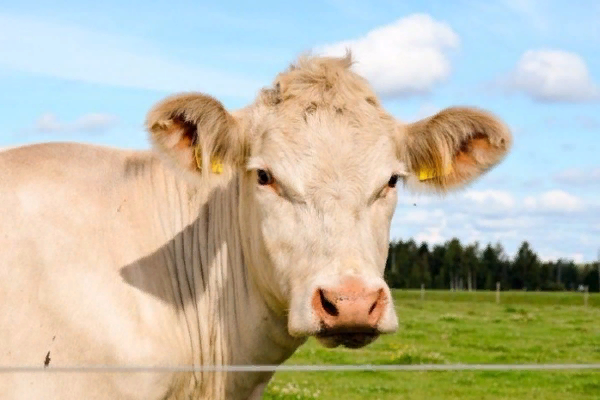 What Is The History Of Charolais Cattle Breed?

The Charolais is the second-most numerous cattle breed in France after the Holstein and is the most common beef breed in that country.

The Charolais originated in west-central to southeastern France, in the old French provinces of Charolles and neighboring Nievre. The exact origins of the Charolais are not known but it must have been developed from cattle found in the area. Legend has it that white cattle were first noticed in the region as early as 878 A.D., and by the sixteenth and seventeenth centuries were popular in French markets, especially at Lyon and Villefranche. Selection developed a white breed of cattle which, like other cattle of continental Europe, were used for draft, milk and meat.

One of the early influential herds in the region was started in 1840 by the Count Charles de Bouille. His selective breeding led him to set up a herd book in 1864 for the breed at Villars near the village of Magny-Cours. Breeders in the Charolles vicinity established a herd book in 1882. The two societies merged in 1919.

It was only after the second world war that Charolais made its appearance in other parts of the world. At first small exports, such as four bulls and six females to Brazil in 1950; five bulls and eleven females to Argentina in 1955; one bull and three cows to South Africa in 1955 followed by three bulls and 15 females in 1956, took place. This small trickle developed into a big stream. The world population is estimated at about 730,000. The largest populations are reported from the Czech Republic and Mexico. 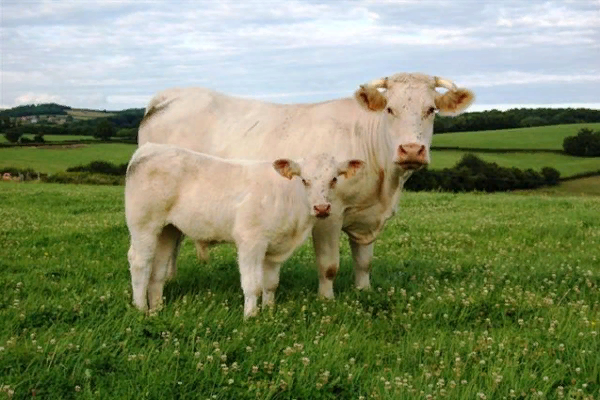 What Are The Characteristics Of Charolais Cattle Breed?

Charolais are white or creamy white in color, but the skin carries appreciable pigmentation. The nose is uniformly pink. The hair coat is usually short in summer but thickens and lengthens in cold weather.

Charolais are medium to large cattle with a very broad body and well-defined hindquarters. They have a short, broad head and heavily muscled loins and haunches. With excellent meat conformation and relative late maturity they are well suited to fattening for high finished weight. They are well suited to all purpose cross breeding.

They’re naturally horned. The hooves of Charolais cattle are pale and very sturdy, making them suitable for uneven or rugged and rocky terrain.

There are also some difficulties reported in Charolais cattle with regards to their genetics. In areas with abundant sunshine, Charolais cattle may suffer due to their light colouring. Sunburns can affect the breed, and they are unfortunately susceptible to cancer of the eye, and cases of pinkeye can be quite common.

The temperament of Charolais cattle is something of a disadvantage. The cattle are known for aggressive tendencies with some fighting between themselves. Since their protective mothering instinct is quite strong, the dams can be risky to deal with when their offspring is nearby.

Calves are usually very hardy, and weigh quite a lot when born. The calving process is usually simple and without complications. Charolais cattle are praised for their carcass’ high yield and good quality meat. 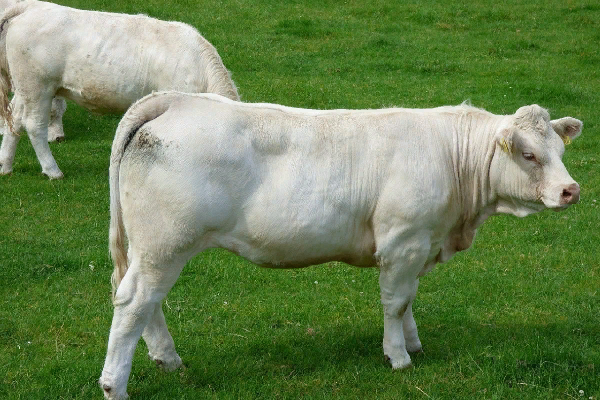 What is the weight of Charolais Cattle?