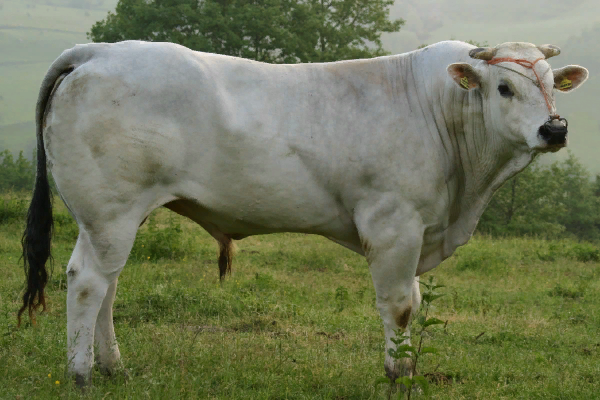 What Is The History Of Chianina Cattle Breed?

The Chianina may well be one of the oldest breeds of cattle in existence. The breed originated primarily in the west central part of Italy and was found in a wide variety of environmental conditions. Because of this, the cattle vary in size and type from region to region. The largest representatives of the breed, from the plains of Arezzo and Siena, have supplied most of the foundation stock that has been used in the United States and Canada. The name comes from the Chiana Valley in the province of Tuscany in Central Italy.

Until recent times the Chianina were used primarily as draft animals in their homeland. With the advent of modern mechanized farming practices they selection emphasis has been placed on the breeds ability to produce beef. The earlier selection for work animals had produced a very large breed with considerable length of leg, good action, and heavy muscling. Good dispositions were also desired in the draft animals. The later selections for beef production has maintained the size of the breed and improved the rate of growth.

U.S. servicemen, stationed in Italy during World War II, discovered Chianina. Since the Second World War the Chianina has become a world breed, raised almost exclusively for its high quality meat. Through exportation of breeding stock, it has reached China, Russia, Asian countries and the Americas. Chianina cattle can be found in Italy, Australia, New Zealand, the US and Canada. 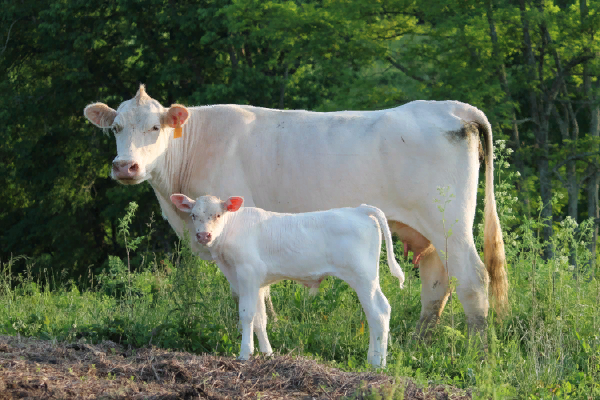 What Are The Characteristics Of Chianina Cattle Breed?

The Chianina have short hair that varies from white to steel gray in color. Chianina calves are born a fawn colour, and turn white between 30 and 260 days. Both sexes have black pigmented skin and mucosa. This pigmentation gives excellent resistance to pinkeye and cancer eye.They have a high heat tolerance. They have better resistance to disease and insects than many other domestic cattle. The short horns curve forward and are usually black in the younger animals but become lighter, beginning at the base, as the animals mature.

The most noticeable characteristic of the breed is the extensive and well-defined muscling. The shoulders, back and rear quarters are especially well formed. The legs are longer than most breeds and the bodies are not proportionally as long as some breeds that have shorter legs. The faces are rather long and straight. The average Chianina cow stands 150-160 cm at the withers, while the bull measures 160-175 cm. Cows over 160 cm and bulls over 180 cm are not uncommon.

Cows of the breed often have small udders and are not noted for their milk production. This is not surprising as they were originally valued for draft and later for meat production. Chianinas are late-maturing.

In beef production, Chianina cattle are chosen for their growth rate, which may exceed 2 kg per day, the high yield and high quality of the meat. The ideal slaughter weight is 650–700 kg, reached at 16–18 months, where the yield may be 64–65%. Well defined muscles that provide excellent lean but marbled beef.

What is the weight of Chianina Cattle?