What Is The History Of Dexter Cattle Breed?

The Dexter originated in southwestern Ireland during the early 1800s. The breed name came from a “Mr. Dexter,” who promoted the cattle during the mid‑1800s.

The origin of the Dexter is quite obscure. The common assumption has been that this breed is a cross between the Kerry and some other breed, perhaps the Devon. Even after the Dexter gained an identity as a breed, its history remained intertwined with that of the Kerry. For many years the two breeds were registered in a single herdbook, and some people considered Dexters to be a dwarf type of Kerry. Recent bloodtyping research, however, has determined that the Dexter and the Kerry, though closely related, are genetically distinct breeds. They should not be crossbred with each other.

Dexters were imported to North America beginning in 1910. As the 20th century progressed, Dexter numbers declined. In the 1970s, they were designated as rare and endangered. More recently, their attractiveness to small landholders has seen a significant increase in their numbers globally. As a result, the Dexter is the best example of a domestic cattle breed saved from extinction.

Dexters have established themselves well in many parts of the world. They have been exported to Australia, New Zealand, America, Britain, Cuba, Argentina, Kenya, Zimbabwe, Italy, Belgium, Denmark and Germany. Several of these countries have their own breed societies, which only goes to show how well the breed has become established worldwide. 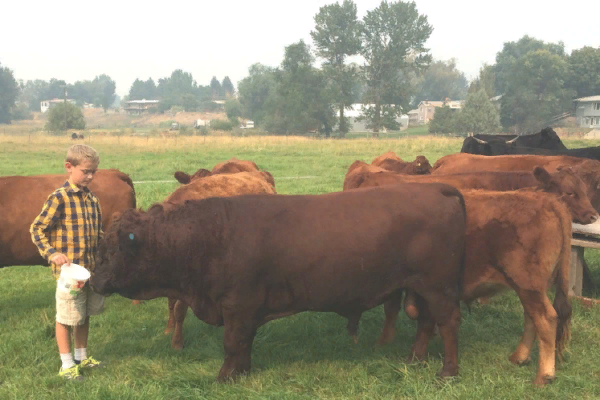 What Are The Characteristics Of Dexter Cattle Breed?

The smallest of the European cattle breeds, they are about half the size of a traditional Hereford and about one-third the size of a Holstein Friesian milking cow. Considering their small size, their bodies are wide and deep with well-rounded hindquarters. There are two varieties of Dexters, short legged and long legged.

Most Dexters are black, though red and dun are also found. The head is short and wide between the eyes. Originally, Dexters were typically horned, but a naturally polled strain was developed in the 1990s. Many have horns that are rather small and thick and grow outward with a forward curve on the male and upward on the female.

Dexters are friendly, hardy and easy to handle animals. They require less pasture and feed than other breeds. They thrive in hot as well as cold climates and do well outdoors year round, needing only a windbreak, shelter and fresh water. Dexters are noted for their longevity and can live up to 25 years and should breed regularly for 14 years or more.

The cows are exceptionally good mothers. Some produce enough milk to feed two or three calves, and often willingly nurse calves from other cows. They are known for easy calving.

They are dual purpose, being raised for both milk and meat. The milk is of very good quality with high butterfat and protein levels; average butterfat % is well over 4% and protein 3.51%. A milking cow can produce more milk for its weight than any other breed. The average daily milk yield for a house cow will be some 8 - 10 litres. Dexters kept as dairy cows will yield on average, 10 - 12 litres daily, with some individuals yielding 14 litres or more.

The breed is early maturing. Beef animals mature in 18 months. Dexter beef is lean and high in quality. The beef is well marbled and tends to be dark. Because their good meat to bone ratio, a killing-out percentage of over 56% can be achieved. 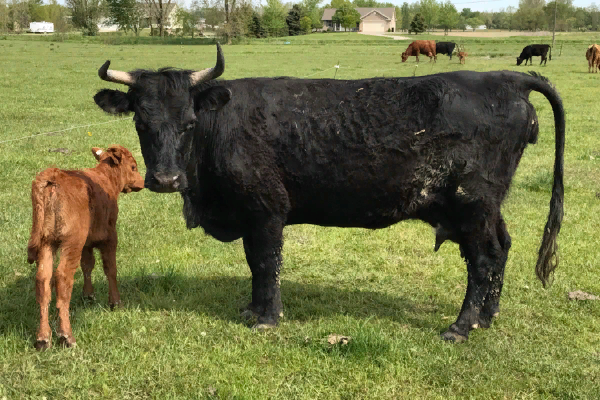 What is the weight of Dexter Cattle?

The Dexter is a small breed with mature cows weighing between 300 and 350 kg and mature bulls weighing about 400-450 kg.