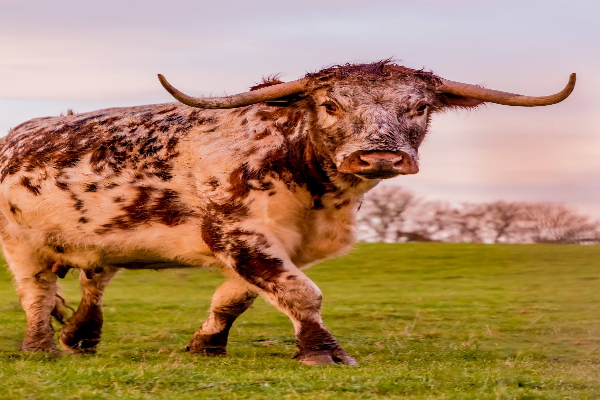 What Is The History Of English Longhorn Cattle?

English Longhorn cattle (also formerly known as Lancashire cattle) are a long-horned brown and white breed of beef cattle originating from Craven, in the north of England. The breed was initially used as a draught animal, which its body is well suited for; the milk was also collected for butter and cheese because of its high butterfat content. The notable long, curved horns that serve to distinguish this breed from others can make an individual appear aggressive, although by temperament they are usually friendly.

Longhorns live surprisingly longer than other breeds of cattle and are also known for calving with ease. They have a white patch along the line of their spine and under their bellies. They are not to be confused with the Texas Longhorn breed, which is also often called "Longhorn cattle" or "Longhorns". The creamy white horns were treasured by manufacturers of buttons, cups, cutlery, and lamps. Fine slivers of clear horns were a poor mans' glass and many a household were grateful for the end product of these elegant longhorns.

The most usual method of cattle keeping in those early times would have been one or more animals belonging to an individual, kept on common grazing, which was served by a bull owned by the Lord of the Manor. It was all a most haphazard and unsatisfactory method. There was no possibility of an organized breeding program being carried out. The peasant farmers had to put up with what the Lord provided. As a result, cattle were long in the leg, narrow-bodied and coarse, ideally designed for the plough.

Robert Bakewell (1725-1795), a man who was a revolutionary in the field of interbreeding became devoted to one aim - improving livestock to provide meat for the masses of people who went to work in towns in the Industrial Revolution. He took horned heifers and crossed them with a Westmoreland bull to create the Dishley Longhorn, now called the English Longhorn. Through this new and careful selection of cattle, he improved the size and quality (specifically its quick growth and heavy hindquarters) of this breed which became widely produced throughout England and Ireland until it was surpassed by the Shorthorn in the 1800s.

The total population of the English Longhorn cattle declined rapidly for nearly 200 years until the breed was rescued by the RBST (Rare Breeds Survival Trust). And the efforts of RBST resulted in 255 registered animals in 1980. In 1981 a pair of Longhorns won the much-coveted 'Burke Trophy' in the Interbreed Cattle Championship of The Royal Show, and a Longhorn bull was Reserve Interbreed Beef Champion at the Royal Welsh Show in 1994.

In 1999 a Longhorn took the Interbreed Native Championship in the Leicester Show and a Longhorn pair were Reserve native Interbreed at the Counties Show. Currently, the English Longhorn cattle are available in the United Kingdom, Germany, Ireland, and New Zealand.

What Are The Characteristics Of English Longhorn Cattle? 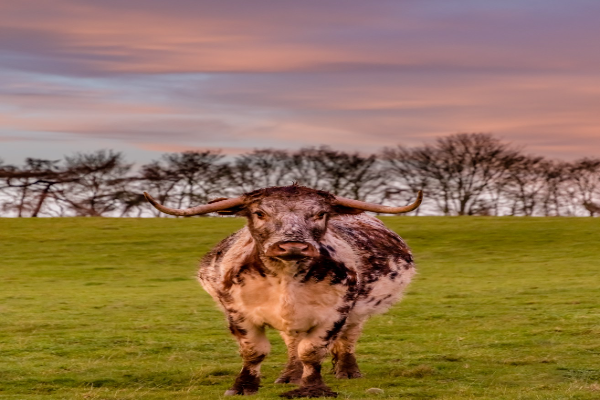 What Is The Difference Between English Longhorn and Texas Longhorn? 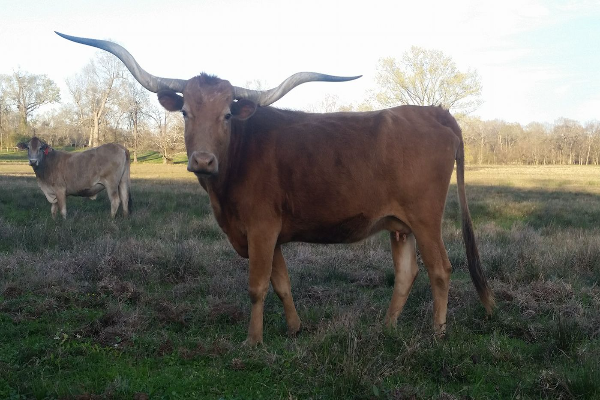 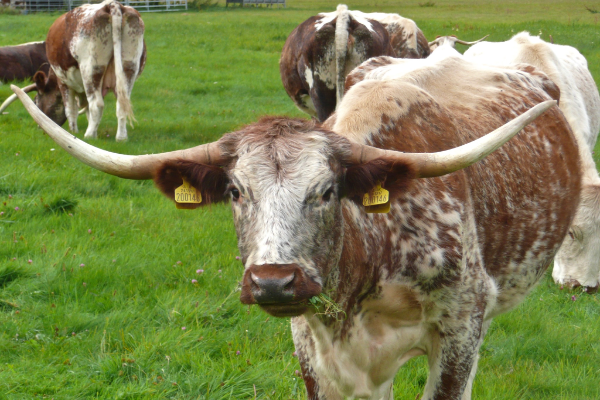 The English Longhorn is sometimes confused with that of the Texas Longhorn as they are both referred to as Longhorn. There are differences that distinguish the two breeds.

The differences lie mainly in the shape of their horns. The English Longhorn, horns grow downwards and tend to curve towards their faces whilst the Texas Longhorn grow up and into more lyre-shaped horns.

A longhorn heifer breeds well into her teens, twice as long as other beef cattle breeds. They eat a broader range of vegetation than other cattle, enabling breeders and ranchers to spend less money on herbicides and field maintenance.

What Is The Weight Of English Longhorn Cattle? 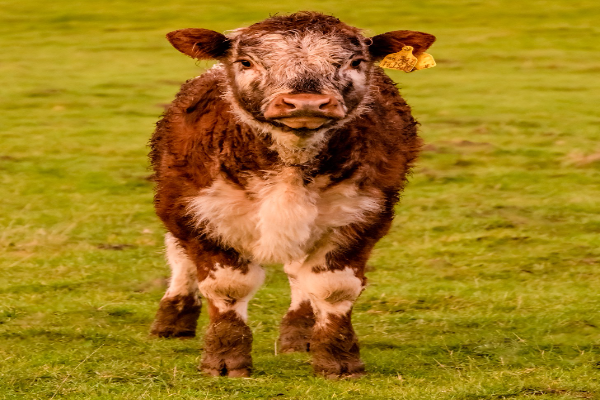