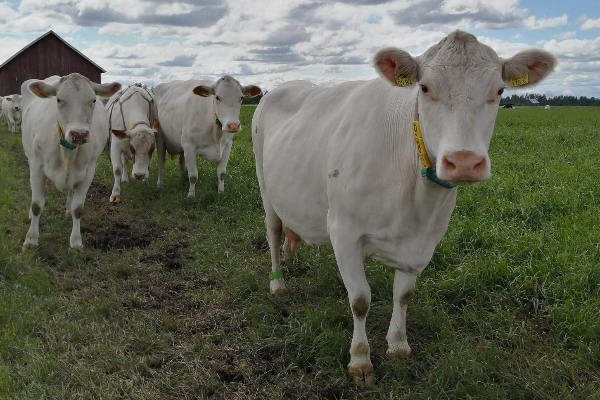 What is the History of Finnish Cattle ?

The three Finncattle breeds are the Eastern Finncattle, the Northern Finncattle, and the Western Finncattle. The Western breed has the highest milk production and is the most prevalent of the three with circa 5.000 heads in Finland in 2006. Both the Eastern and Northern breeds are endangered with circa 300 heads each. The Finncattle breeds were originally established as separate breeds, in the turn of the 20th century, but with the emerging and growing popularity of more modern, imported dairy breeds, their numbers declined greatly. The stud books were merged in the latter half of the 20th century, and the Western breed was selected as the official, desirable type for the new combined Finncattle breed. However, the three types remained distinct, and are considered separate breeds today, despite the shared studbook.

There are many problems related to breeding Finncattle. The breeds were established relatively late, and even after the founding of the studbooks the breeding has been done in small scale. After World War II, foreign, modern dairy cattle breeds were imported to Finland in growing numbers, and the number of Finncattle diminished quickly: In 1960 there still were almost 60.000 Finncattle cows recorded, ten years later 7.000, and in 2005 as little as 2.500. In addition to the small numbers, the breeding has been affected by the fact that after the war there were many highly popular bulls; For example, a Western Finncattle animal that doesn't have the 1960s bull Opari SSS 13088 in its pedigree is a rare find.

Inbreeding is another great problem with the breeds, since private cattle breeders have had the tendency to strongly favour the few best-rated bulls. Western Finncattle can be somehow bred for quality and production, but for the time being, the breeding of the endangered Eastern and Northern breeds is, by necessity, concentrated on preserving and broadening the gene pools. The problem is that native breeds are usually low yielding, and their production is consequently not profitable for farmers. In many countries, their production is supported by agri-environmental schemes. In Finland, the populations of the three Finncattle breeds (Eastern, Western, and Northern Finncattle) comprise around 1% of the all mainstream dairy cattle breeds, and the total number of animals is only a little over 3000.

The breeds no longer exist only in their traditional regions, but are distributed across the country. Most of the farms maintaining these breeds have less than five cows of the respective breeds , thus, the production is typically very small-scale. In Finland, as in many other countries, the maintenance of these breeds is currently supported by agri-environmental schemes; farmers who have committed themselves to breeding Finncattle for 5 years receive €530 per livestock unit per year.

What are the Characteristics of Finnish Cattle? 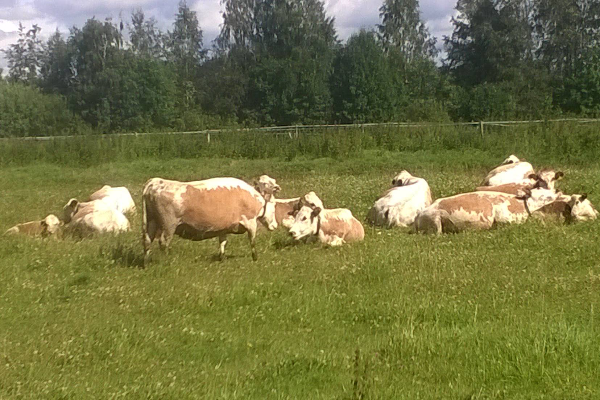 • Finncattle can successfully be kept on forest pasture.

• Finncattle tends to be long-living and have good fertility.

• The typically curious and willful nature of the Finncattle animals, and the breeds' tendency to fatten rather than milk more when fed more may cause problems to farmers used to further-bred dairy breeds.

• The Finn cattle are small to medium sized animals.

• When animals were first registered in the 1910's, majority had horns. By the 1920's most of the animals were polled, that means they have no horns.

• There are three different types of the breed which are Eastern, Northern and Western Finn cattle. Each breed differ in appearance and production levels.

• These cattle are dual-purpose animals. They are used for both milk and meat production. But most often they are used as a dairy cattle breed for milk production.

• The Finn cattle are very strong and hardy animals.

• The breed is also pretty good for meat production.

• It has also been observed that many people who can not drink processed milk are able to digest raw milk from local Finnish breds.

• The fat (4.3%) and protein (3.4%) contents are at about the same level as those of other breeds, although Finncattle milk appears to have a higher content of unsaturated fatty acids and kappa casein type B.

• The breed is currently enjoying healthy popularity. There are few restaurants in major cities offering products made of milk and meat of Eastern Finncattle. They are also used in landscape management and even in modern therapy practices.

• The zigzag band has made people to call animals with a name kyyttö, a local nickname to adder living also in Eastern Finland.

What is the Difference Between Finnish Cattle and Others ? 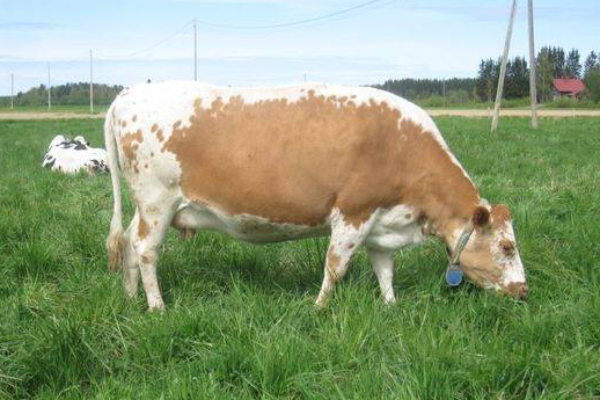 The milk coagulation ability is also good, and the milk is therefore better for cheese-making than that of mainstream dairy breeds. However, as Finncattle cows are smaller than cows of the mainstream breeds, their meat production is considerably lower. The average live weight of the Finncattle cows is approximately 400-500 kg, while the Holstein and Ayrshire cows around weigh 100 kg more. For example, in the case of Finnish native cattle breeds, there is evidence that the quality of milk for cheese-making is better than that of mainstream breeds (Holstein–Friesian, Ayrshire).

The proportional yield of cheese and meat is higher than that of mainstream breeds, and there are also indications that the milk and meat include some constituents that are beneficial for health. In addition to this evidence-based knowledge, there is also experiential knowledge of the quality traits of the milk and meat: chefs appreciate the taste and the quality of meat from native breeds in cooking.

What is the Weight of Finnish Cattle ? 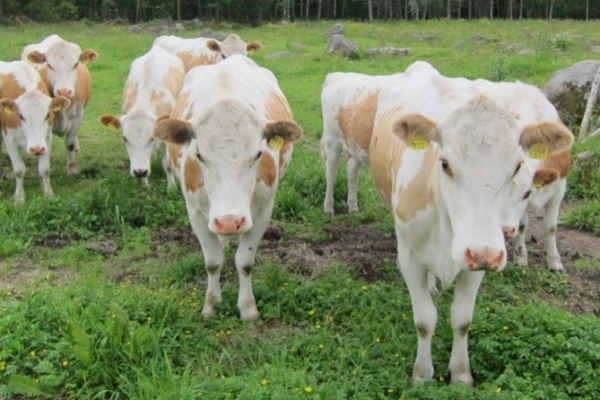