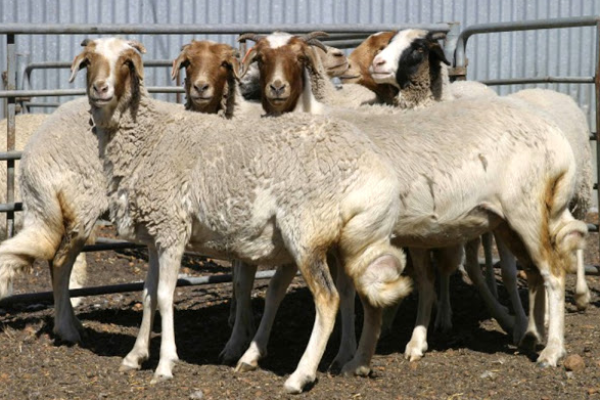 What is the history of Afrikaner Sheep?

The Namaqua Afrikaner and the Ronderib Afrikaner are the two oldest indigenous sheep breeds in South Africa along with sheep such as the Damara, Blackhead Persian, Pedi, and Zulu.

It is believed that the Namaqua Afrikaner has descended from the fat-tailed sheep kept by the Hottentots in the extensive areas of the northwestern part of the Republic of South Africa.

Afrikaners are thought to be the first sheep imported to Australia, with the First Fleet in 1788.

What are the characteristics of Afrikaner Sheep?

It is a slender, lanky sheep with a fat tail, and is not particularly favored for modern lamb production. Namaqua Afrikaners are generally white with a red or black head, and large fat tails.

What the breed lacks in market meat desirability, it makes up for in its foraging ability and hardiness in desert conditions. These areas are characterised by extremes in temperatures and a low and erratic rainfall of less than 125 mm annually. The breed is renowned for its hardiness under extreme environmental conditions and its ability to travel long distances in search of food.

The Namaqua is a lanky, high-standing sheep with a relatively narrow body, long, lean legs and a fat-tail in which up to 38 % of its body fat can be stored.

Owing to their lanky body build, Namaqua lambs lack the conformation of other mutton breeds. This, as well as the fact that most of the subcutaneous fat is stored in the fat-tail, with a comparatively thin layer of fat spread over the rest of the body, is the reason why the Namaqua is not favoured for slaughter lamb production.

Lambing cycle 8 to 9 month, regardless of season.  Namaqua ewes can be mated successfully at an early age, as well as throughout the year, and because of their average lambing interval of approximately 9 months, they are ideally suited for multiple lambing systems, especially in the less extensive areas of Southern Africa.