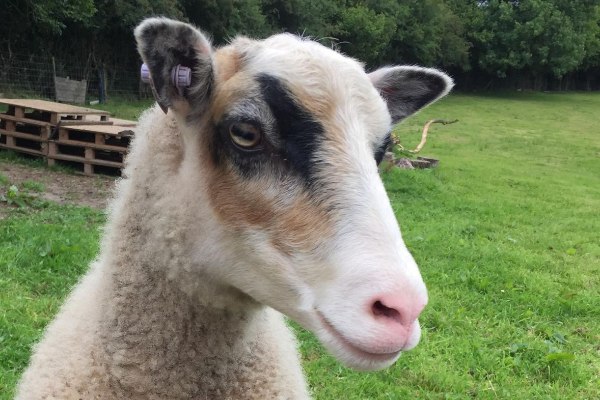 What Is The History Of Shetland Sheep?

The meat of the Shetland is low in lipids and therefore suitable for people who have to watch their cholesterol.  The origin of Shetland sheep is thought to be in Norway. Norwegians settled in Shetland around 500 A.D. according to some sources, while others date their settlement to the Norwegian rule of Shetland, which lasted from 875 - 1468. An intermediate estimate of the arrival of Norwegians to Shetland is around the year 800.

The Shetland sheep is very much a native of the islands, and was, until recently, not found in many places elsewhere, except in the Mainland of Britain. But since Shetland sheep were imported to Canada in 1980 and further from Canada to the US in 1986, an increasing number of Shetland flocks is being formed in North-America.

In 1927 the Shetland Flock Book Society was formed to preserve the breed. Although the Rare Breeds Survival Trust did classify the breed as rare the population has developed and there are now many flocks of Shetland sheep throughout the mainland and the Shetland Isles.

What Are The Characteristics Of Shetland Sheep? 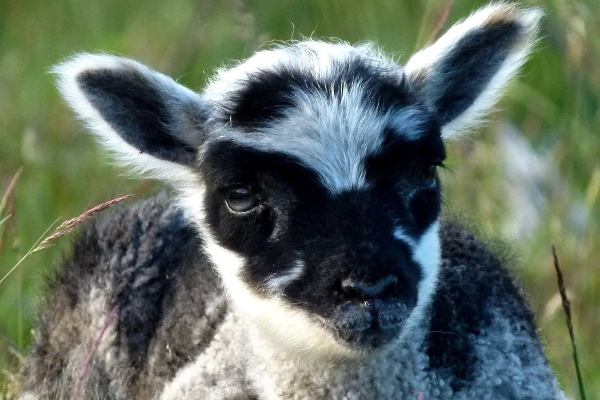 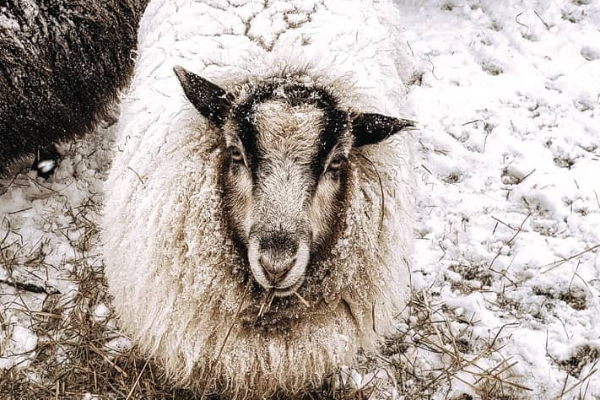 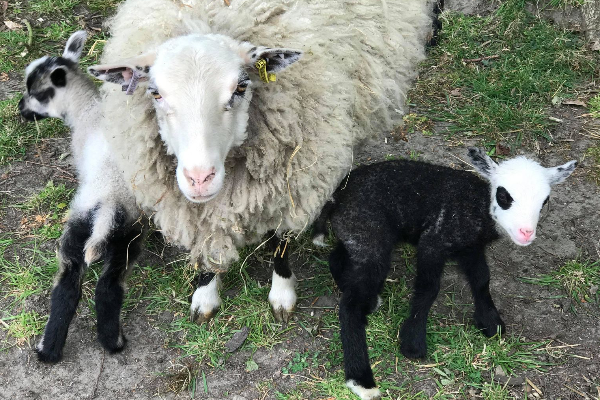 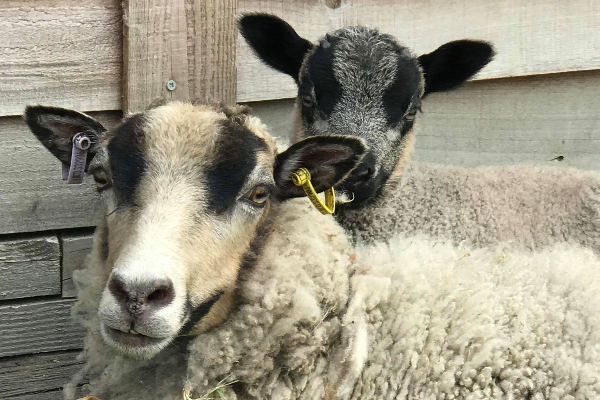 They are a very small breed, weighing from 30 to 40 pounds when mature, and they are noted for their excellence of mutton and fineness of wool. They are also very hardy, especially those that have access to the seaweed. It is a strange thing that these sheep know when the tide recedes even though they may be several miles inland. There is an old legend that is still credited to a certain extent upon these islands to the effect that there is a worm in the sheep's foot that turns as the tide recedes.

Ewes are normally polled but can be horned. Rams are horned, occasionally rams may have 4 horns. The tail is short and pointed at the end. In color they may be black, white, brown, or almost any combination of these. 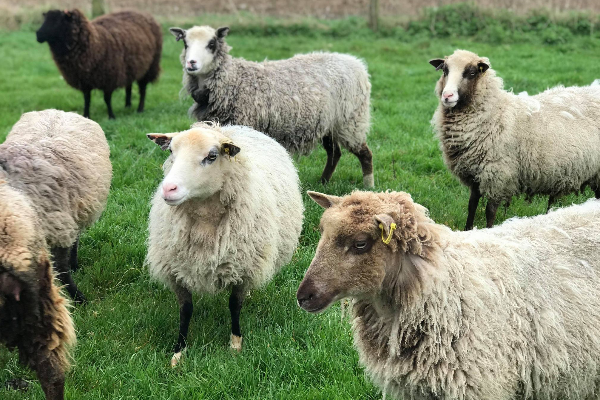 Thirty different  colour markings have been recorded for Shetland sheep. The average weight of fleece is about 1-1.5kg, staple length- 10cm. The sheep are never shorn, but in the spring the wool loosens from natural causes and rises up through the coat of hair that also covers the animal. In the past sheep are driven into “ crues,” or “ punds,” as they are called, about once a week, from May to June, and “ plucked.” There may be more than a week's difference in the loosening of the wool on the sides from that on the back. The plucking process causes no pain and is much superior to shearing in the case of these sheep. The latter process would remove the hair which acts as a protection to the animal and which would be objectionable in the wool. Shearing would also result in the cutting of the new wool, another undesirable feature.

The fleeces of these sheep are used in the manufacture of hosiery and for the famous Shetland shawls. 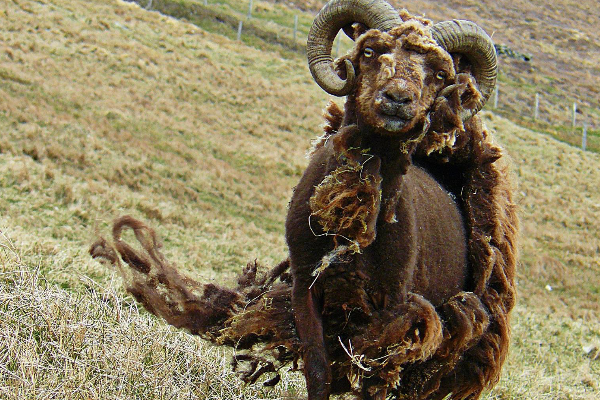 A great deal of crossing, involving Blackfaced Highland, Leicester, and Cheviot blood, has taken place upon the islands, and there is danger of the breed being crossed out of existence.

North Country Cheviot rams have been bred with the Shetland ewe to produce what is locally called the Shetland-Cheviot. The ewe from this combination has a mature weight of about 55 kg, 170% prolificacy, lamb weight gain of 0.25 kg/day, and average carcass weight of 19-20 kg (at 160 days) when mated to a suitable terminal sire.

In farm trials, where Shetland-Cheviot ewes were compared to Scottish Halfbred and Greyface, the Shetland-Cheviot returned every year over a six-year period gross margin per acre of between 25% and 33% higher than the larger crossbreds on trial.

The Shetland-Cheviot ewe is a hardy, thrifty and milky ewe with outstanding ability to produce a lamb with good conformation from improved grazing. Other factors adding to the picture, such as few problems at lambing, good mothering ability, and ease of handling, make this ewe more appealing to the practical sheep man. This ewe is highly economical, eating around one third less grass, silage and concentrates than the larger crossbreds under a variety of conditions. She adapts readily to more intensive systems, such as winter housing. She will produce prime quality lamb from a terminal sire, thriving under a range of conditions, and producing on less food intake than most other breeds, giving value for money. 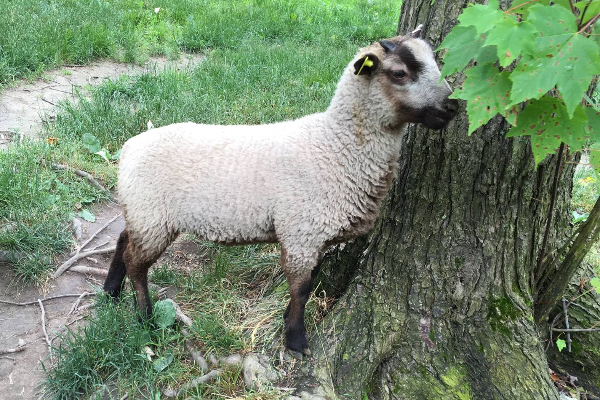 Anecdotal evidence suggests a level of resistance to flystrike and footrot. Research carried out on worm resistance found that the breed possessed a very good level of inbuilt resistance to gastro-intestinal worms.

The temperament of the Shetland breed is one of their most endearing characteristics. They are more calm and docile than most primitive sheep and respond well to human interaction, often wagging their tails when petted and seeming to enjoy human attention.

Shetland ewes can lamb at up to 12 years old. Lambing percentage is dependent on location- Lowland flocks lamb at around 150-160% but this figure is lower in an upland flock. Their maternal instincts are very strong and they lamb easily without assistance and rarely reject their lambs. The lambs are usually strong and nurse within minutes of their birth. Shetlands are born with a short, fluke-shaped tail that does not need to be docked. 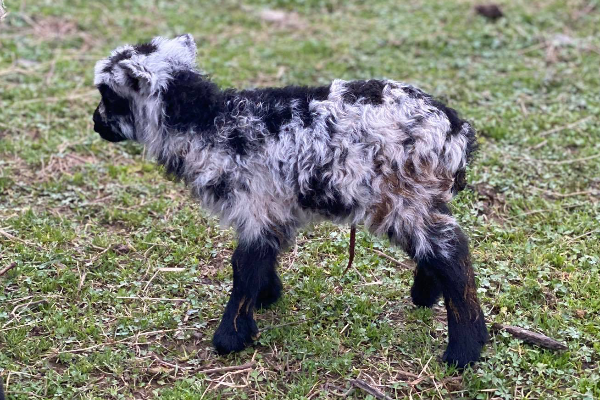 A purebred Shetland lamb killed at 6 months old will generally give a carcass weighing around 13- 14kgs. The breed is suitable for keeping on to hogget and mutton age and can reach a 20kg carcass by about 18 months old. The meat is reputed to have an excellent flavour and is suitable for direct marketing. They are an active grazer and browser able to survive on the poorest quality forage and hardy enough to do well on most sites.

What Is The Weight Of A Mature Shetland Sheep? 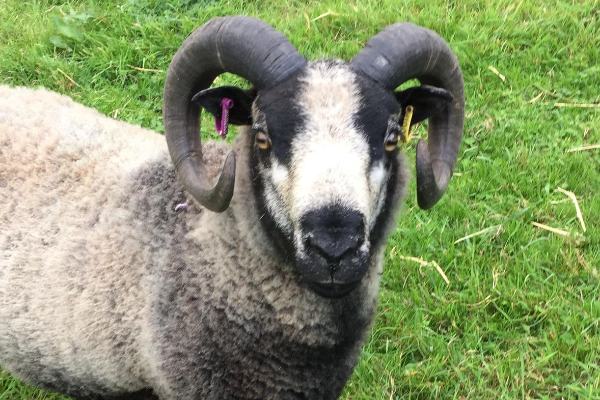