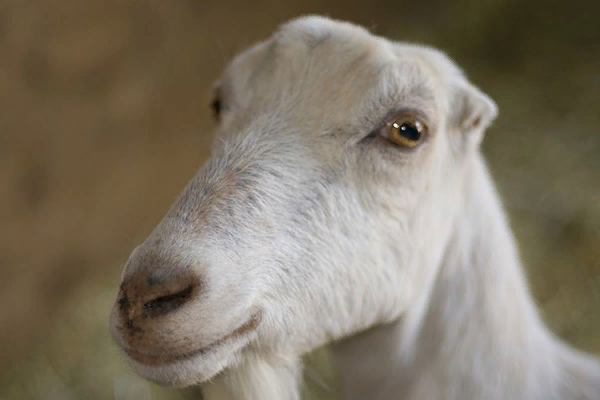 What Is The History Of American Lamancha Goat Breed?

LaMancha goats are easy to recognize, what with those cute little ears, but the exact origin of the breed is not easily traceable. Chroniclers of the breed speculate that the LaMancha precursors arrived in California with Spanish missionaries in the early days of European exploration of the Americas. Another story indicating their Spanish origin offers an explanation of the source of the name LaMancha. As the tale is told, a crate containing several small, sturdy goats arrived in Paris in the early 1900s with part of the labeled obscured, the only readable words being “LaMancha, Cordoba, Spain.” The story is not easily verified, nor does it explain why the little travelers would have been in Paris. A firmer record of LaManchas as a distinct goat variety begins in the western United States in the 1920s and 1930s. Two early LaMancha advocates, Phoebe Wilhelm and Eula Fay Frey, crossed LaMancha-type goats with other dairy breeds to increase the qualities that make them good dairying animals. The breed of this dairy goat was registered formally in 1958 as "Lamancha or American Lamancha" goats. During the registration, approximately 200 animals were accepted. Thus was the first true American goat breed born. 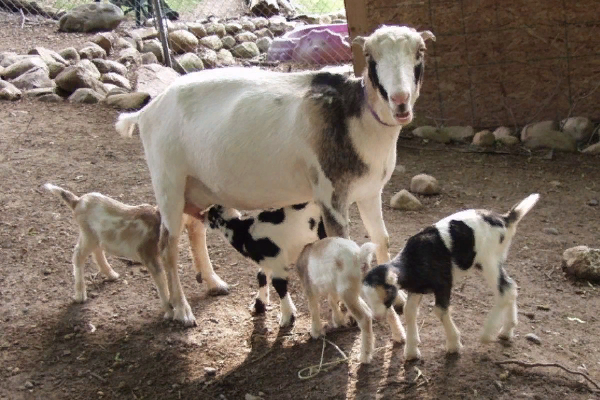 What Are The Characteristics Of American Lamancha Goat Breed?

The most special characteristic of Lamancha goats are their ears. There are two types of LaMancha ears — the gopher ear and the elf ear. Their ears are usually wrinkled folds of skin near the head. Gopher ears are shorter (not more than one inch (2.5 cm)). And the elf ears are about two inches (5 cm) in length. Elf ears have much cartilage than the gopher ears. The ear types turn either up or down at tips (in both these two varieties of goats).

Lamancha goats come with a wide variety of colors. Actually they can be of any colors. The body of Lamancha goats is covered with short, fine and glossy fur coat and they have a straight face. Their legs are straight, strong and parallel from front and side. Hooves sound and well-shaped.

The LaMancha goats are hardy animals, and they can withstand and survive well even in rough topographical factors and also tough climatic conditions. They are also vulnerable when it comes to predators like foxes, cougars and eagles. So you have to make a strong fence around your property, if you intend to raise them for milk production purpose or as pets.

Lamancha goats are well behaved, good tempered and calm in nature. They are very intelligent and smart animals. They require less caring and can also be very good for raising as pets. And they love to live in groups.

Young Lamancha goats gain sexual maturity within their 6 months of age. After successful mating and fertilization, the does go through about 155 days gestation period. Lamancha goats are usually born as twins or triplets.

Lamancha goats are highly milk productive dairy goat breeds. On an average, a Lamancha doe can produce about 3 liters of milk daily over a 10 month lactation period. They are indispensable diary goats, and does can be milked for a continuous 2 years without the need for re-breeding. Milk of Lamancha goats contain about 3.1 percent of proteins and about 3.9 percent of butterfats. Their milk contains higher amount of minerals, vitamins and lower amount of cholesterol than cow’s milk. The milk of Lamancha goats is easily digestible. 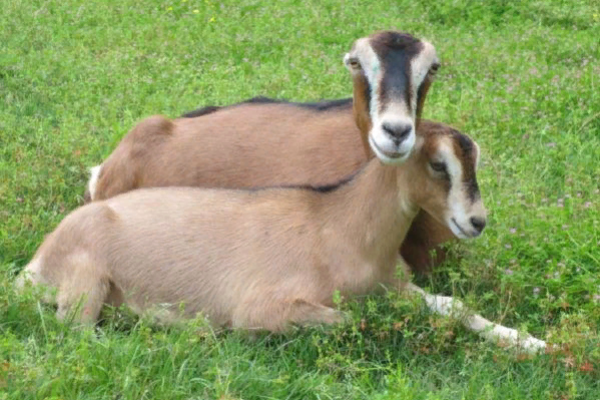 What is the weight of American Lamancha Goat?