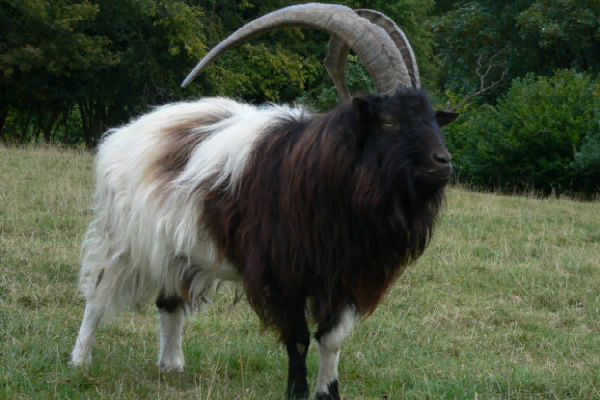 What Is The History Of Bagot Goat Breed?

The Bagot goat is one of the oldest breeds of goats in Britain today. The first account of the breed is of a herd at the Blithfield Estate in Staffordshire owned by Sir John Bagot in 1389.

The exact origin of the Bagot is unknown, however, there appear to be two leading theories. The first theory is that they were given to Lord Bagot by King Richard II, in recognition of good hunting in Bagots Park. For much of the time since the 14th century, these goats have run semi-wild around Bagot's park, which is part of the wider Blithfield hall estate. Bagot goats have since been distributed all across Great Britain from the Welsh mountains to lowland farms. An alternative theory suggests that some goats were brought back to England by returning crusaders.

Bagot goats are classified as 'Vulnerable' by the Rare Breed Survival Trust which means there are now an estimated 200 - 300 breeding females in the United Kingdom. They have no commercial use either for milk or meat. The Bagot goat’s attractive appearance together with its long history has helped it to find favor with its supporters, who appreciate both the value and the importance of conserving one of our rarest native breeds. 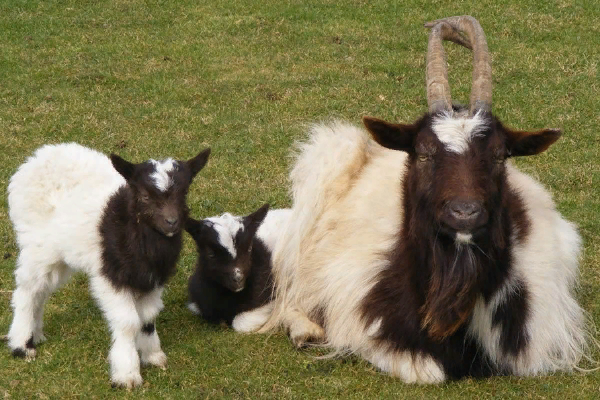 What Are The Characteristics Of Bagot Goat Breed?

The Bagot is small to a medium-sized goat. Both males and females are horned. It has large curved horns. They have long hair. The Bagot is entirely black from nose to shoulder and white on the rear part of the body. Many animals have black patches on the hindquarters and a white blaze on the face.

The Bagot is a breed with the ability to forage in rough scrubland. It is a popular addition to Farm Parks and country estates with a growing reputation for usefulness in conservation grazing schemes. For example, the RBST herd of Bagots at Shugborough Park Farm is used to maintain the fragile archeology and habitats of a former walled garden.

They are hardy and low input. The Bagot is a breed of goat that has developed through natural selection and therefore adapted to thrive on an extensive range in lowland Britain, with minimal human intervention for most of the year. The Bagot goat is surprisingly tolerant of rain, usually only seeking shelter in the heaviest downpour.

Numbers for the Bagot goat breed have suffered because Bagot goats do not excel as dairy or meat goats. While Bagot goats can be used for meat, other breeds (e.g., La Mancha and Nubian) are much larger and provide higher monetary returns. Likewise, the Bagot goat does not produce as much milk as the high producing dairy goat breeds (e.g., Alpine and Toggenburg). The Bagot goat has a nervous temperament, so it cannot be used as a harness goat. This characteristic also interferes with using it as a milking goat. 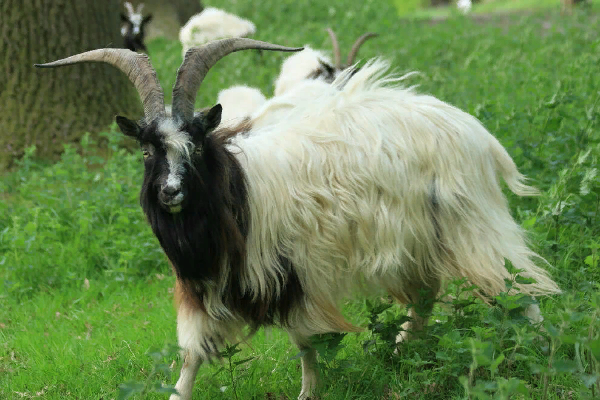