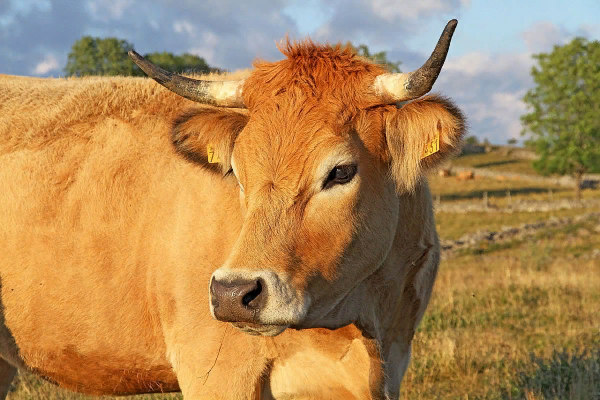 What Is The History Of Aubrac Cattle Breed?

The Aubrac originates from the Auvergne in Southern France, specifically a small town called Aubrac. The first cattle registered in the genealogic records of the breed go back to 1894. A reading of the records reveals that the selection for what would become the Aubrac breed began much earlier than that year. In writings from the 17th Century, it is mentioned that the monks in the Benedictine order, living in the monastery of the town of Aubrac (in Auvergne), had already taken the first steps toward selecting specific traits in their cattle. The Auvergne is mountainous and rough, not suited to grain production and so traits that were selected for were: hardiness, milking ability and productive grass fed cattle.

After the Revolution and the Napoleon Era had concluded, and after a necessary period of recovery and calm, the true work of improving the livestock was continued. In 1840 the Agricultural Society of Auvergne was founded, later replaced when the Herd Book for the Aubrac breed was created, in 1893.

Throughout the twentieth Century, advances in technology have made selection methods very efficient and have clearly improved the quality of the breed.Today there is a strong emphasis on traits such as cows that calve on a regular basis (i.e.one calf per cow per year), longevity, increase in muscle growth and flexibility for grass fed and corn fed systems. In 2014 the population was reported at about 170 000 head.

What Are The Characteristics Of Aubrac Cattle Breed? 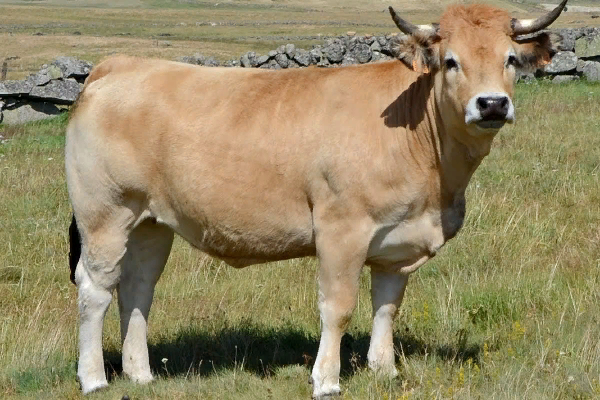 They're usually a fawn, golden colour, with black pigment on hooves, horn tips, rims of the ears, nose, eyes and the tip of the tail. Bulls also have black hair around the shoulder area.

The breed is naturally horned. The horns are slightly twisted pointing backwards, although some are now polled.

The Aubrac is robust, well muscled with short strong legs made for mountainous regions.

Aubrac cattle are hardy, and can adapt to quite tough conditions. Their original environment in Auvergne, France, would have been in harsh mountainous areas, at altitudes of nearly 3,000 feet. This breed can feed well on rough forage such as grass, hay and finish well.

Aubrac cattle have great longevity. The breed is relatively disease-resistant, with a high immune system. It is reported to be resistant to trypanosomiasis, the "sleeping-sickness" transmitted by tsetse flies.

They are docile and popular for their gentle temperament.

They're known for their high fertility, and cows often produce many calves throughout their lives. The gestation period is quite short compared to other breeds, at about 281 days. One calf a year is almost always guaranteed. The calving process for Aubrac cattle is without complications. Aubrac dams have excellent mothering instincts, and will protect their offspring with vigour.

The dairy quality of Aubrac is celebrated, as they produce high-quality milk at about 2250kg per lactation. Their udders are tidy, healthy and resistant to problems. Milk has about 4.2% butter fat. Some milk from Aubrac cows is used in the production of Laguiole cheese.

The Aubrac breed is a good beef producer, with high kill-out weights. Their meat is well marbled, adding to its tenderness.

What is the weight of Aubrac cattle? 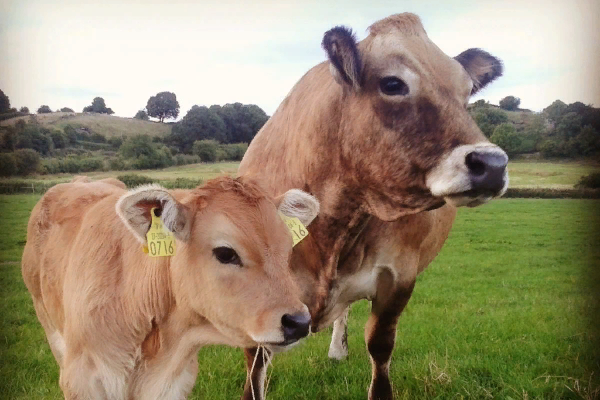