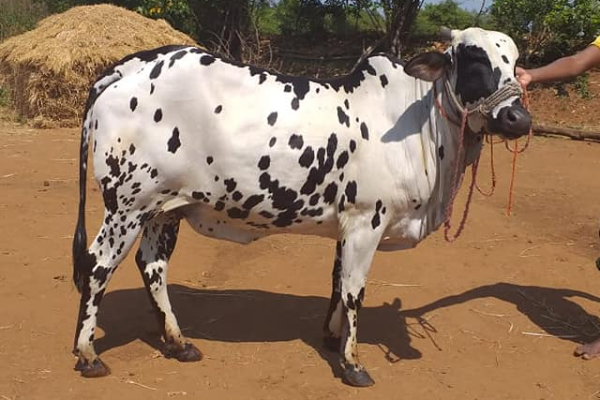 What Is The History Of Dangi Cattle?

The Dangi cattle are a draught breed of cattle which are indigenous to India. It originated in the hilly tracts of Dangs comprising the Nasik and Ahmednagar disticts in Maharashtra state.

This place is a hilly tract with heavy rainfall and very poor agricultural economy. The breed has become well-known on account of its hardy nature and its ability to work hard under heavy rainfall conditions.

Dangi breeders are seminomadic and belong to Kanadi, Mahadeo Koli, Thakor and Maratha communities who practice seasonal migration for around 9 months in a year (January to September). During the hot and dry season, the breeders migrate towards coastal areas where grass, tree fodder and water are available. During the period of heavy rainfall, they settle down at the foothills for protection from the cold draught. Green grasses are available in forest areas from July to September. Paddy is extensively grown in the area. Mostly animals are reared on grazing.

Dangi cattle are extensively used for ploughing, harrowing and other field operations, and for carting timber from forest area. Most of the animals are reared for draft purpose since milk production is low. But attempts have been made to improve their milking qualities.

The Dangi breed, which is similar to Deoni, appears to fit into the group of cattle represented by the Gir, Red Sindhi and Sahiwal. 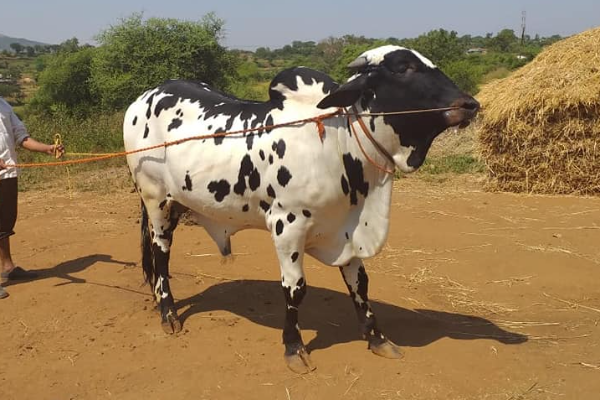 What Are The Characteristics Of Dangi Cattle?

The animals are mostly broken red and white or black and white in skin color. Skin is of medium thickness. The coat is unusual shiny because of an oily secretion that protects it from heavy rains.

Considering different shades of skin color, six different strains have been recognized by the breeder farmers:

The animals are medium in size, with deep bodies and generally of ponderous build. The height behind the hump ranges from about 45 to 50 inches while the heart girth measures from about 58 to 60 inches, on the average.

The head is usually small with a slightly protruding forehead. The muzzle is large. The horns, though of variable size, there are generally short and thick. The ears are small.

The animals have powerful hind and forequarters with a short back well-coupled, and the legs are short and stout. The hooves are exceptionally hardy, being black and flint-like. The dewlap is slightly pendulous. The sheath, though loose, is not excessively pendulous. The hump is medium-sized and firm.

The Dangi are a draught cattle breed. They are suitable and used for agricultural operations. As draft animals they carry heavy timber at the rate of 2 to 3 miles per hour depending upon the type of terrain and can cover a distance of 20 to 24 miles per day. 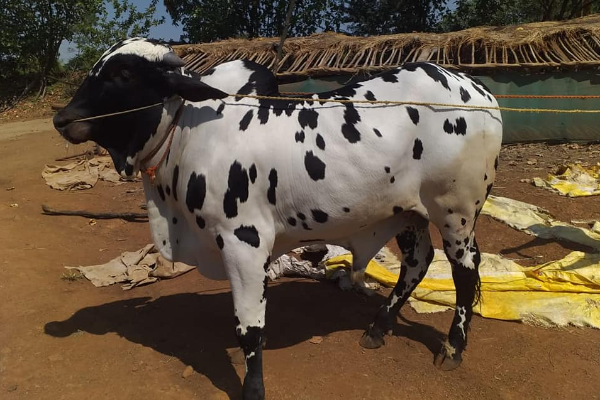 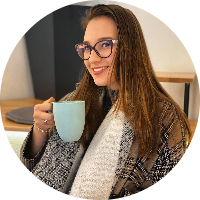