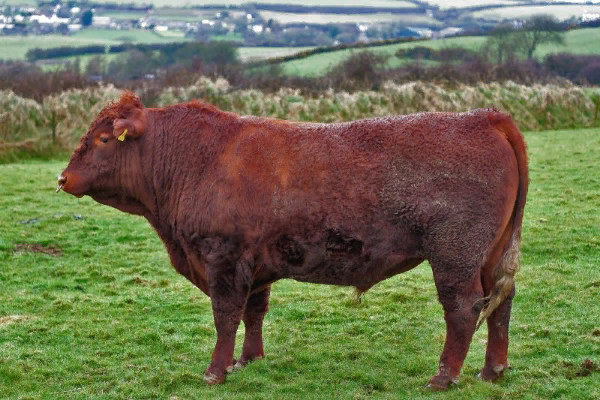 What Is The History Of Devon Cattle Breed?

The Devon cattle are an ancient breed of cattle from the south western English county of Devon. Native home of the breed is in the southwest England, primarily in the counties of Cornwall, Devon, Dorset and Somerset. In this area, herds of red cattle grazed the grass covered hills of this cool, moist region for centuries. The Devon breed is sometimes called as North Devon to avoid confusion with the more recently developed South Devon cattle.

The Pilgrims brought Devon cattle with them to New England beginning in 1623. The hardiness and practicality of the breed, plus the availability of Devon cattle near the ports of departure, made Devons an obvious choice for early immigrants to the Americas. The breed became well established in New England during the 1600s and spread down the coast as far as Florida during the 1700s and 1800s. The cattle also went west, as Devon oxen were the draft animals of choice on the Oregon Trail.

By the late 1800s, however, the Devon had been gradually replaced by the Shorthorn, a more productive multi‑purpose breed. By 1900, Devons were rarely seen outside of New England. The Devon was classified as a dual-purpose breed previously. And they were valued for the production of both high quality beef and the rich milk used in Devonshire cream. But when the Devon breed evolved as a beef breed, their popularity increased gradually. Currently the breed is available in many countries throughout the world. 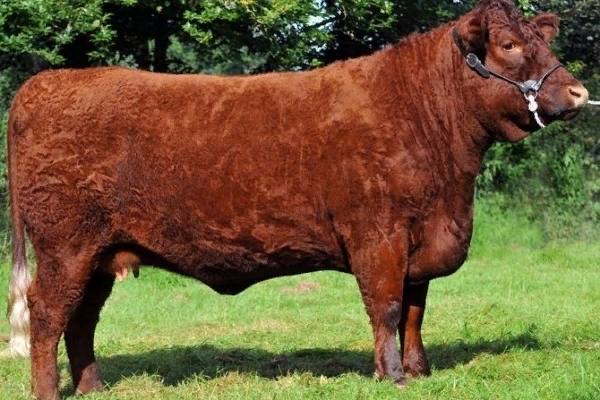 What Are The Characteristics Of Devon Cattle Breed?

Devon cattle are red in colour, varying in shade from a rich deep red to a light red or chestnut colour. A bright ruby red colour is preferred and accounts for their nickname, the "Red Ruby". The hair is of medium thickness and is often long and curly during the winter, but short and sleek in summer.

The Devon was originally horned, but polling has been introduced over the years, and now 50% of registrations are of polled Devons.

North Devon cattle are very docile, and their temperament allows them to be easily handled. North Devon cattle, although bred in the mild but damp English climate, they can adapt and thrive in extreme heat. They can also forage through tough terrains, nourishing themselves even in low-quality pastures. They have excellent disease and parasite resistance, particularly because of their thick skin. Most experts claim that North Devon hide is in fact the thickest of all cattle breeds.

They’re a fertile breed, and no naturally-occurring calving issues have been recorded. However, larger bulls bred with North Devon dams can cause serious complications during the birthing process. Although they mature at a slower rate, their beef is often considered to be of a higher quality than that of quicker maturing breeds. They’re well-muscled, have great daily weight gain, and the finished product has good tenderness and flavour.

What is the weight of Devon Cattle?

Mature bulls in good working condition weigh from 800 kg to 1000 kg. Mature cows range in weight from about 450 kg to about 590 kg. Calves weigh about 30-40kg at birth, with males naturally weighing about 1kg more on average compared to females.