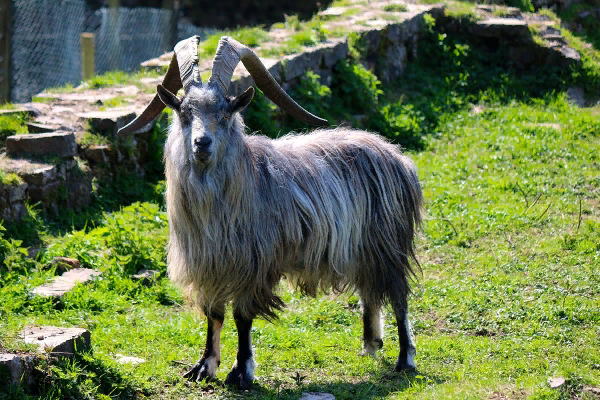 What Is The History Of Irish Goat Breed?

The Irish goat is a very old breed of domestic goat from Ireland. It is a dual-purpose breed, used both for meat and for milk. Despite the name, the Irish goat is not native to Ireland. Settlers brought cold weather goats to Ireland in the Neolithic age, approximately 5,000 years ago. As people set up homesteads in Ireland, this hardy and economical breed gradually adjusted, over thousands of years, to Ireland’s landscape and damp climate, and acquired resistance to local diseases. This makes Old Irish goats ideal for families living in harsh conditions with meager land.

Irish goat was Ireland’s only goat breed until the beginning of 20th century. In the nineteenth century, they numbered a quarter of a million, and many were exported to England. When the potato famine struck, goats proved invaluable, and villages with access to goats and fish were more likely to survive. At the beginning of the twentieth century, improved dairy goat types were imported and cross-bred with local stock to increase milk yields.

Today the number of Irish goats is not too much. There are only a few hundred Old Irish goats left. And the populations of the Irish goats have persisted in remote and rugged areas to which the breed is ideally adapted. But a society has established named ‘The Old Irish Goat Society’, for preserving and promoting the old Irish goat. 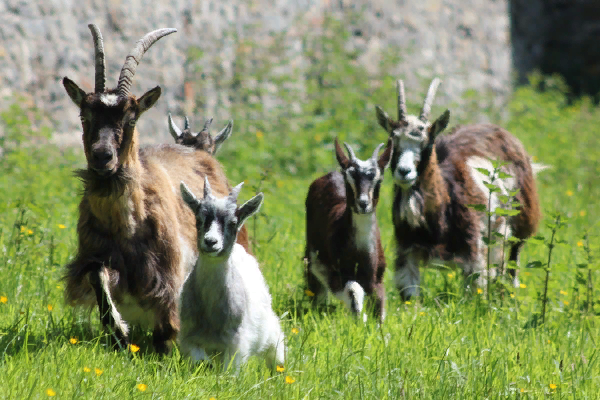 What Are The Characteristics Of Irish Goat Breed?

Irish goats are small and stocky animals with a deep body to accommodate large quantities of nutritionally poor forage. Legs are short and strong. The head, adorned with impressively large horns, is delicately shaped. Distinctly pricked ears are small to resist frostbite, while a long muzzle warms the air before entering the lungs. They normally have horns and beards in both sexes. Bucks have long beards and ostentatious tufts on cheeks and forehead, and impressive outward-curving horns. The does have relatively small horns, while the bucks have larger horns. And it’s possible to tell the age of an Irish goat by counting its horn rings.

They have long hair. A thick cashmere undercoat under its long outer coat helps to keep the goat warm in cold weather. The breed has a range of colors, but is usually found in a mixture of black, gray and white color.

Irish goats are very strong and hardy. They can survive on minimal to marginal forages. They are very adaptable animal and can be found in many remote and rugged areas of the Island. They are nimble-footed on crags and precipitous cliffs.

They are described as exceptionally intelligent and gentle. The does are good milk produces. They produce nutritious milk of high fat content. And a domesticated doe can produce up to 750 liters of milk per year. As a multi-purpose breed, the Irish goat is suitable for meat, milk, fiber and skin production. 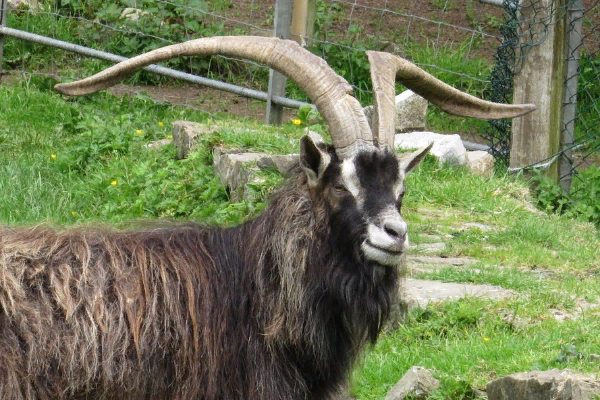 What is the weight of Irish Goat?

On average the bucks weight between 50 and 75 kg. And the average body weight of a doe is between 35 and 60 kg.