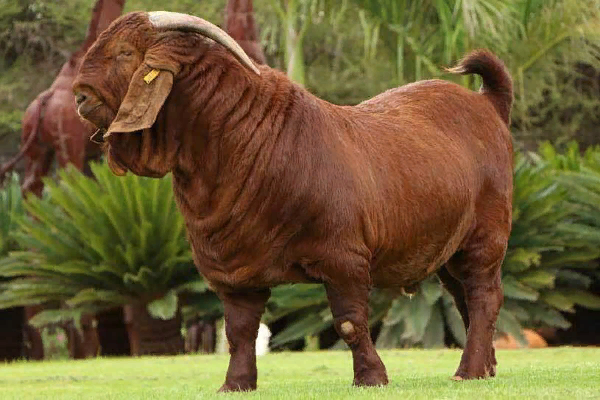 What Is The History Of Kalahari Red Goat Breed?

The Kalahari Red is a meat-type goat breed that originated in South Africa. The name of the Kalahari Red goats is derived from their red coat and the Kalahari Desert, which spans the borders of Botswana, South Africa and Namibia. This semi-arid climate has contributed to Kalahari’s overall hardiness.

Some people believe that the Kalahari Reds are related to or may have derived form the Boer goats, mainly because of their Boer-like appearance. But this is not true, the Kalahari Red goat is a distinct and separate breed of goat. Genetic and blood testing from the Agricultural Research Council of South Africa has not shown evidence of being developed from a particular breed, specially the Boer. Compared to Boer goats, the Kalahari Red goats are very hardy and their meat is more tender then the meat of Boer goat.

In the early 1970’s breeders started to collect red goats out of the indigenous goats in South Africa and Namibia. The poorly adapted goats were completely eliminated by natural selection and only the best adapted goats survived. The aim was to have a hardy, very adaptable meat goat that could survive the harsh conditions of the African landscape while still maintaining high birth rate, high survival rate and a profitable meat carcass. Emphasis was also put on mothering traits and adaptability. Breeders formed a club in 1999. In this same year, genetics were exported to Australia. 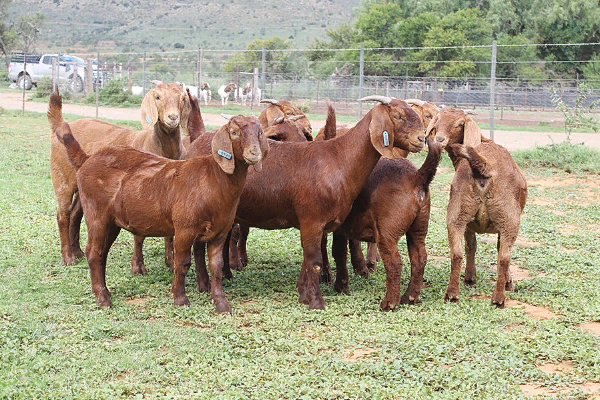 What Are The Characteristics Of Kalahari Red Goat Breed?

The most distinct visual characteristic of Kalahari Red goats is their red coat color. White or light shades of red are not desirable, as they do not provide as much camouflage from predators in their native pastures.

Kalahari Reds have long, floppy ears. Above their ears are moderately-sized, sloping horns. Their frame is similar to that of the popular South African Boer goat. They have loose skin in their neck area. They have fully pigmented skin, which enables them to graze in the hottest weather conditions.

The Kalahari Red goats are very active and extremely hardy animals. They are ideally suited to the harsh and outstretched conditions of large parts of South Africa. They are very adaptable and bred well in the arid and semi arid areas. The breed can also travel huge distances in search of food and water. They are excellent foragers, feeding on anything from grass to plants and grains. The Kalahari Red goats are usually resistant to diseases and parasites, and require less care and management than other goat breeds.

The Kalahari Red does have excellent mothering instincts. They look after their kids very carefully, and a doe usually give birth of kids three times every two years. They have full and properly attached udders. The newborn Kalahari Red goat kids are generally strong. Kids have a very fast live daily weight gain, sometimes up to 1.5 kgs per week.

They are primarily used in the meat production industry due to the tenderness of their meat. It is possible to organically raise the Kalahari Red goat, due to the limited use of vaccines. Organically raised goats will produce lean meat with an excellent taste and texture. 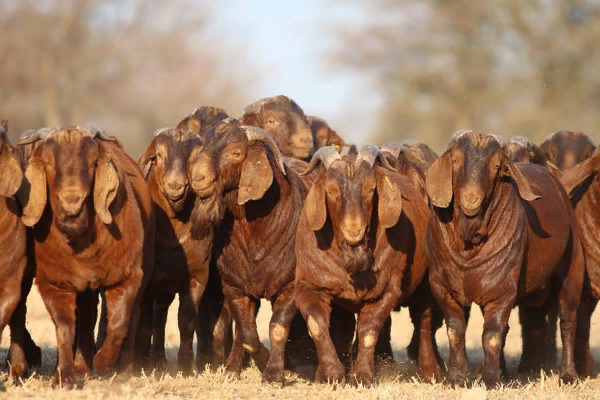 What is the weight of Kalahari Red Goat?

Bucks tend to be slightly larger than does, weighing up to 115 kg, with does averaging 75 kg.