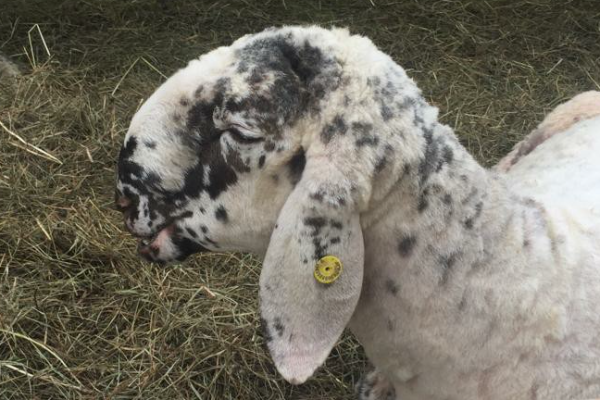 What Is The History Of Lamon Sheep?

The Lamon also is known as Lamonese or Feltrina, an Alpine breed, is one of the few Italian breeds of which there are flocks in migration throughout the year. Today most Lamon are not migratory. Owner registration of the sheep traditionally is made in the town of Lamon in Belluno Province, but the seasonal range of the migratory flocks is within the provinces of Venezia and Udine. The breed is found also in Verona, Vicenza, Venezia, and Padova provinces and in the administrative region of Friuli-Venezia Giulia.

The Lamon is typical of a fully migratory breed - hardiness and exceptional adaptability to widely different circumstances of climate, vegetation, and terrain. There is no artificial feeding. This is a breed that carries flesh and maintains itself under difficult circumstances.

Early in this century some 60 000 Lamon were held in 80 migratory flocks. In 1975 numbered about 2 000, in 1990 there were about 600, and in the early 2000s, less than 300 left. In addition to the migratory flocks an unknown number of Lamon are maintained in sedentary or transhumant husbandry. Many, if not most, of these are crossbred.

According to data from ARAV and Veneto Agricoltura (2013), about 230 breeders distributed in 14 farms are registered in the Registry of the Lamon breed.

Pastures formerly used in winter in the plains have been lost to the flocks because of development. But the main reason for decline of the migratory Lamon is the increasing difficulty in finding persons willing to accept the hard life of the shepherd.

What Are The Characteristics Of Lamon Sheep? 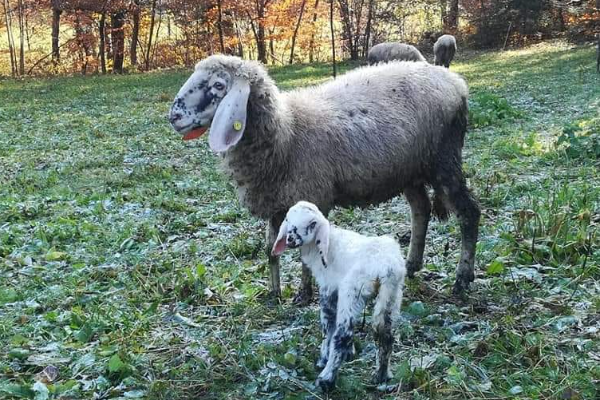 The sheep are average in size, having a bald head with two brown stripes that go down across the cheeks to the mouth. The ears are long, large, droopy, and spotted. Its legs are those of a hardy animal, well adapted to the mountain environment and to transhumance. This breed has no horns, and the ewe is never milked, so all the milk is destined to feed the lambs.

A tireless walker, resistant to adversities, the Lamon sheep are mostly used in transhumance and had no shelter in summer or winter. Once considered triple-purpose, nowadays it is raised mainly for meat. 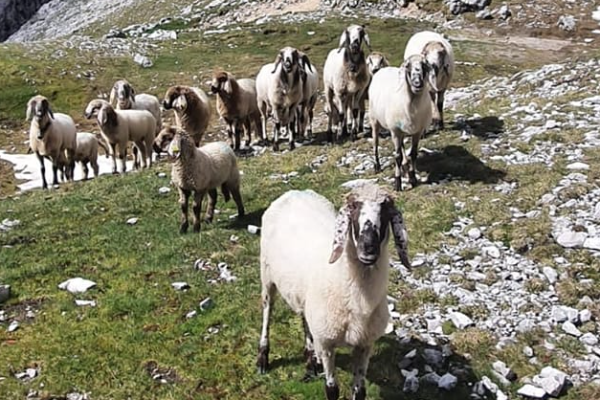 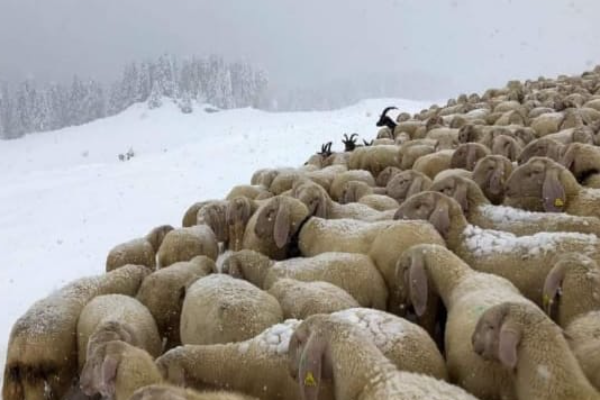 Throughout the year the sheep are kept on open grazing, the Lamon is a large, lop-eared animal, yellow-white in colour. It is not unusual for the face and legs to be speckled brown or black. The average height of rams is 75–80 cm and ewes 70–75 cm. The tail is thin and hangs below the hocks. Income is derived from meat and wool.

Reproduction: the lambing rate is about 140 percent.

What Is The Weight Of A Mature Lamon Sheep? 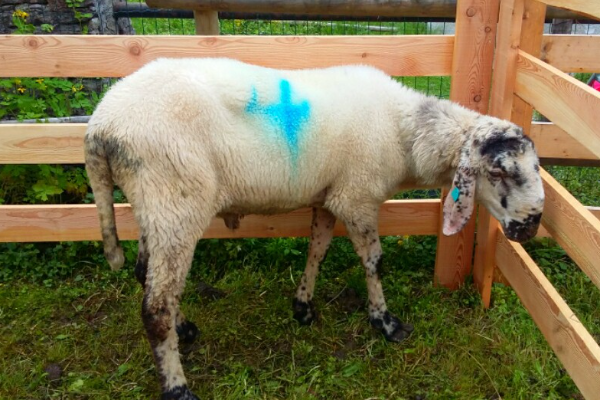 The average weight of Lamon ewes at maturity is 65 kg and Lamon rams weigh 80 kg.