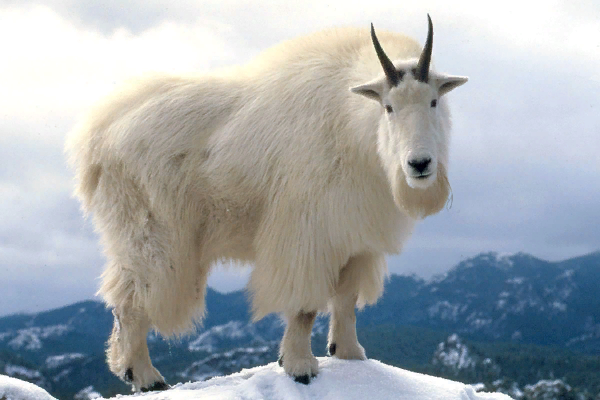 What Is The History Of Mountain Goat Breed?

Mountain goats may look similar to white domestic goats but they are not goats at all. The mountain goat is an even-toed ungulate of the order Artiodactyla and the family Bovidae that includes antelopes, gazelles, and cattle.

Their most likely place of origin is between today's Tibet and Mongolia or nearby. The mountain goat's ancestors thus probably crossed the Bering Strait after they split from their relatives about 40,000 years ago during the Wisconsin Glacial period.

During the last ice age (Wisconsin) ending 10,000 years ago, most of British Columbia was under up to 5000 feet (1515 m) of glacial ice. There is evidence that mountain goats took refuge on mountains and islands that remained ice-free along the Pacific coast of Alaska and British Columbia. Since then, goats have re-populated much of the mountainous terrain in British Columbia.

Mountain goats live only in alpine areas of Western North America from Colorado to Alaska and the Yukon and Northwest Territories. The total number of mountain goats in the world is estimated at between 80,000 and 110,000. Over half the world population live in British Columbia (50,000).

What Are The Characteristics Of Mountain Goat Breed?

Mountain goats have a very thick coat in winter to withstand the extremely low temperatures and high winds in the alpine. Their coats help them to withstand winter temperatures as low as −46 °C (−51 °F) and winds of up to 160 kilometers per hour (99 mph). The fine, dense wool of their undercoats is covered by an outer layer of longer, hollow hairs. The coat is white but may appear grey, tan or reddish tan due to staining from dust baths. Mountain goats molt in spring by rubbing against rocks and trees.

Males are larger than females but only by 20% to 30%. It is difficult to tell the sex by size unless goats of similar age are standing close together - a rare occurrence. Both male and female mountain goats have beards, short tails, and sharp horns. The horns, hooves, and nose are black. Mountain goats stand about 1 meter at the shoulder.

They are agile climbers, adapted to the insecure footing of snow-covered and icy cliffs, where predators are loath to follow. On these cliffs, they readily turn on their pursuers, including humans. The mountain goat's feet are well-suited for climbing steep, rocky slopes with pitches exceeding 60°. The double split hooves have a very hard outer edge and a soft pad in the middle. The tips of their feet have sharp dewclaws that keep them from slipping. They have powerful shoulder and neck muscles that help propel them up steep slopes.

Mountain goats reach sexual maturity at about 30 months. They mate in late November and December. A single kid (rarely two) is born in late spring after about 180 days gestation. Kids weigh a little over 3 kilograms at birth and begin to run and climb (or attempt to do so) within hours. Adult female mountain goats are very protective mothers.

Mountain goats have never been domesticated and commercialized for their wool. First Nations have harvested the shed hair for use in clothing and ritual objects. First Nations also hunted goats for food or to use parts for domestic implements or clothing. The meat of mature goats is considered by many to be tough and unpalatable except when ground or used in sausage. 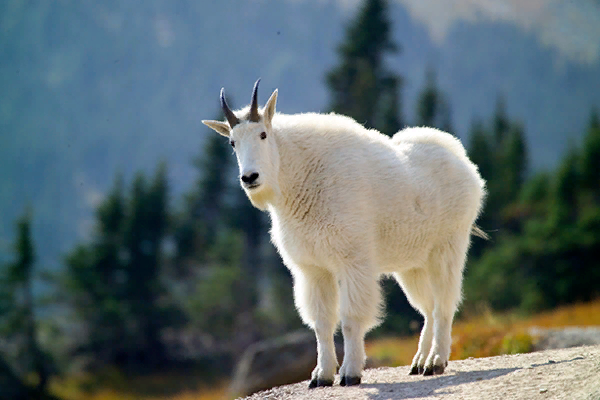 What Is The Weight Of Mountain Goat?