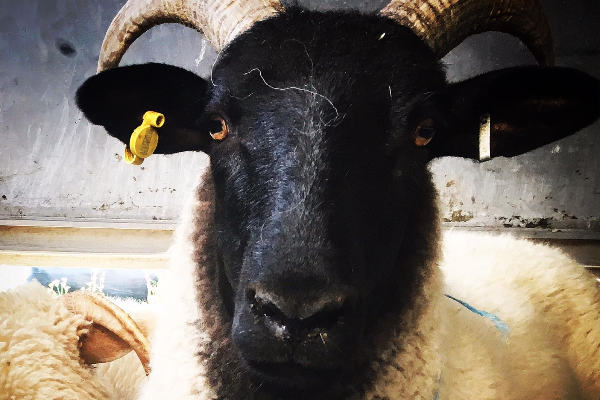 What is the history of Norfolk Horn Sheep?

The Norfolk type has been recognized for more than 380 years, being mentioned in The Beauties of England, Cambridgeshire by Robert Reyce in 1610.

It was a hardy, active sheep, bred to graze the heathlands and the poorest soils; lean, long-legged and often bare-bellied. It was described as a 'restless' breed, also very agile, some early flock masters turning to other breeds because the Norfolk jumped hedges and walls 'like goats'. But the mutton was renowned for its flavour, leanness and succulence, said to be more like venison.

In the eighteenth century the breed began to lose favour in East Anglia, Southdowns and Leicesters gradually replaced them.

Norfolks were crossed with Southdowns in an attempt to improve the conformation and the Suffolk was the result.

This was recognised as a breed in its own right in 1859, with the Suffolk Sheep Society being formed in 1886.

Sadly the Norfolk breed was not considered of sufficient merit to warrant improvement by selective breeding, all enthusiasm being centred on the more modern breeds. It is probable that the Norfolk Horn never reached its full genetic potential, as it was bred to make use of the very poorest land and was probably always in poor condition.

Along with the gradual changes to farming systems in East Anglia the Norfolk four course rotation and new arable crops came winter feed of quality and quantity and the need for fast-maturing sheep. So around 1800 the Norfolk lost its dominance and by 1846 David Low in Domesticated Animals of Great Britain commented on the decline of "the perfectly pure Norfolk" and stated that "it is now becoming rare and will soon cease to exist". It continued to decline in numbers for another century.

By the end of the First World War only J D Sayer's flock at Lackford, Bury St Edmunds, existed. He also ran a large flock of Suffolks.

By 1930 the Norfolk flock had halved presumably inbreeding was causing problems.

In 1948 only two rams were left both semi cryptorchids, but luckily both fertile.

J D Sayer died in 1954 and his depleted flock was split between relations, and then given to Whipsnade Zoo in 1959.

In 1965 the flock consisted of 6 ewes and 7 rams and in 1968 the flock moved to the National Agricultural Centre at Stoneleigh. These sheep were by now so inbred that expansion of the flock was extremely difficult and a back crossing programme was started in that year using Suffolk ewes as the foundation, being mated in each generation to pure Norfolk rams.

In 1973, 7/8 and 15/16 Norfolk ram lambs were being produced, and then the last pure Norfolk ram died after serving his ewes.

Given the shortage of pure bred fertile rams (the last pure-bred ram died in 1973), a related breed, the Suffolk, as well as unrelated breeds such as the Wiltshire Horn, Llanwenog and Swaledale, were used to breed animals that were more than 90% (15/16ths) Norfolk Horn.

In 1986, the breed was recognised by the RBST, appearing on their Priority List at that time as "Category 1, Critical". The breed has since increased in numbers, and was rated in the 2005 RBST watchlist as "Category 4, At Risk".

What are the characteristics of Norfolk Horn Sheep?

What is the weight of mature Norfolk Horn Sheep? 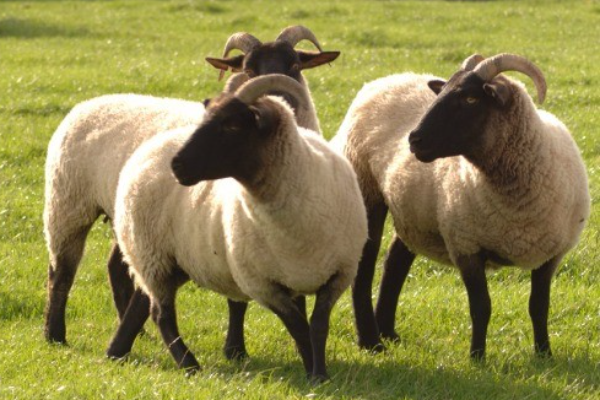