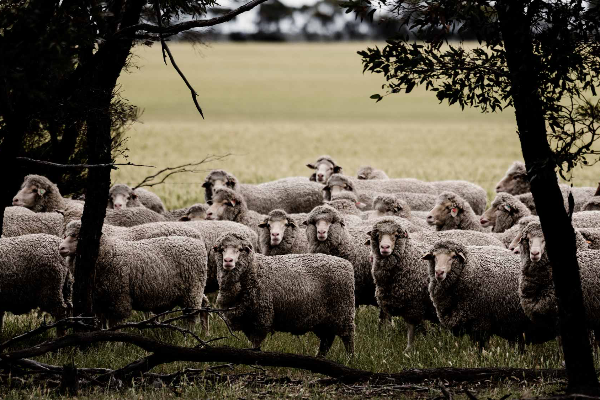 What is the history of Panama Sheep?

The Panama sheep was originated by Laidlaw and Lindsley in 1912. James Laidlaw came to Idaho from Scotland in 1892 and started out herding sheep. Two years later he started in the range sheep business by taking over a band of sheep on a partnership basis in the Raft River country. During this period, early shed lambing was proving profitable in Idaho for the production of milk fat lambs.

In order to obtain a more productive ewe for this type of production, Lincoln and Cotsswalds were crossed with Rambouillets. The resulting ewe when mated to a Shropshire, produced a very desirable milk fat lamb. This type of lamb resulted in a higher net return than that obtained from the straight Rambouillet or Merino. In consideration of this fact, both the United States Department of Agriculture and James Laidlaw decided to establish an adapted breed, thereby eliminating the need for crossbreeding.

The early mutton lamb business in Idaho needed a large, rugged, heavy-milking ewe with a good mutton conformation and fleece. With this objective in mind, Laidlaw and Lindsley set about to develop a sheep adapted to the Idaho early- lamb business and to the conditions of the Western Range in general.

The original breeds selected to make the cross were Rambouillet and Lincoln.

The first crop of crossbred lambs were dropped at Muldoon, Idaho in the spring of 1912. Laidlaw and Lindsley remained in partnership until 1915, when Lindsley sold out to Robert Brockie.

Laidlaw and Brockie continued on from the original crosses and bred Panama to its present position in the Western sheep industry. When A. J. Butterfield went to the Panama Exposition at San Francisco in 1915, Mr. Laidlaw sent one ewe lamb, one yearling ram and ram lamb. These sheep were very well received and drew a lot of attention. As a result, it was decided that “Panama” would be an appropriate name for the breed.

Even though the Panama has not been bred under the auspice of a registration association it has maintained a high degree of uniformity. In relation to the total number of Panama sheep being bred, the number of breeders is small.

The development of the breed has been in the hands of relatively few breeders who have followed similar breeding objectives and standards of excellence. Consequently, the Panama may be considered to be as genetically pure as other comparable breeds.

The American Panama Registry Association was formed in 1951.

What are the characteristics of Panama sheep?

Panama is a large smooth open-faced sheep well adapted to the purpose for which it was developed. The Panama breed as it is known today possesses a thick, heavy wool fleece that is of medium-grade and tends to be long in length. Panamas are polled sheep with white fleece of medium length.

What is the weight of mature Panama sheep?