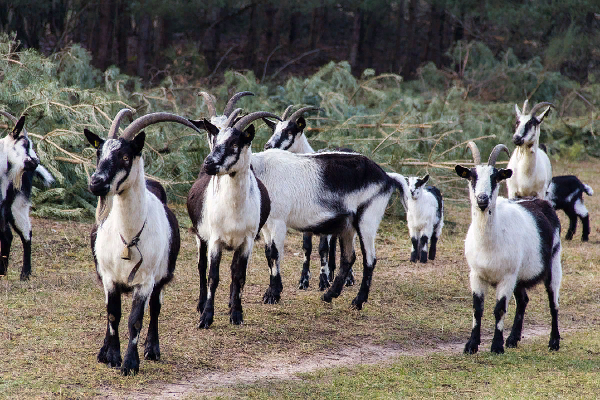 What Is The History Of Peacock Goat?

The Peacock goat is a beautiful breed of domestic goat originated from the Swiss Mountains. It is considered to be an ancient goat breed that has probably been around much longer than it is really known. Actually the breed is from the cantons of Graubünden and Upper Tessin in Switzerland.

There is little known about the origin of the peacock goat. The first mention of it was in the year 1887, under the name Prätttigau Goat. The peacock goat also goes by the names of the gray-black goat, the gray-black-white mountain goat, and razza naz. The name given to it after the discovery was the striped goat (Pfavenziege), but due to a reporter's spelling error, the goat was known as the peacock goat (Pfauenziege). 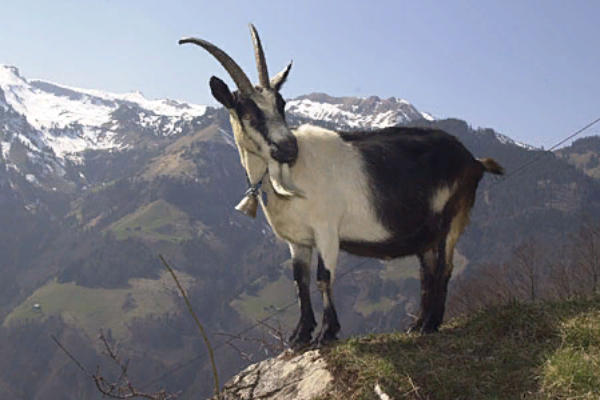 What Are The Characteristics Of The Peacock Goat?

The Peacock goats are very attractive animals. The front body half is predominantly white with black boots, the rear half is mostly black. The insides of the ears are also black. On the mostly dark rear portion of the body, the white top side of the tail and the white spots on the thighs and flanks are noticeable. Characteristic is also the dark facial spots and the dark stripes from the base of the horn over the eyes up to the nose. Their medium length hair is usually too thick for stinging insects to penetrate. It has large horns.

Peacock goats are mainly kept for their milk production. The breed is not among the best dairy goat breeds but produces as much milk as most other mountain goat breeds. Their milk has a good percentage of fat and protein, and Peacock Goat kids have a good daily rate of gain. It is also pretty good for meat production. Peacock Goats reach sexual maturity early.

Peacock Goats are friendly, docile, and easily trained. The Peacock goat is a medium-sized animal. At maturity, a male Peacock Goat generally stands about 80 cm at the withers. Females stand about 73 cm. These goats are extremely hardy and active. They are very comfortable in mountain pastures and are weather-resistant. They can survive on low quality forages, and don’t require large amount of high quality food to stay healthy.

What Is The Weight Of Peacock Goat?

On average mature Peacock bucks weight about 75 kg. And a mature doe weights about 56 kg.