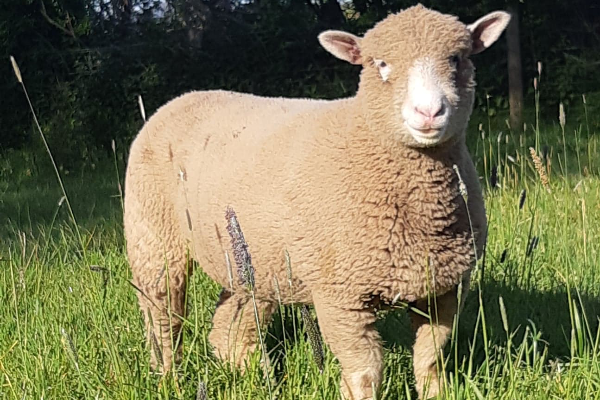 What is the history of Poll Dorset Sheep?

The Poll Dorset breed has been so well received by the industry that it has grown to be the biggest meat breed in both New Zealand and Australia.

During the late 1950's hornless Dorset sheep, developed in Australia, were introduced to the UK and rapidly grew in popularity. By 1974 there were more Poll Dorsets registered than Dorset Horns and in recognition of this the Association's name was changed in 1981 to the Dorset Horn and Poll Dorset Sheep Breeders' Association.

The Poll Dorset, a short-wool, meat-producing sheep, was developed in Australia between 1937 and 1954 with the aim of breeding a true Dorsettype sheep without horns. The poll gene was introduced into Dorset Hornflocks from two other polled breeds and following a strict back-mating programme achieved close to 100% of Dorset Horn blood. Its main distinguishing features are its hornless appearance, long, lean square body set on short legs, pink skin and 'spongy' short-stapled wool.

Poll Dorset stud was founded in 1937 by W J Dawkins when a registered Corriedale ram was mated with one pure-bred Dorset Horn ewe. The progeny was a good polled ewe lamb. She was mated to a Newbold Dorset Horn ram in 1940, the progeny being a polled ram lamb. Over the next 15 years the breeding up program continued, with the goal being to breed a Dorset Horn without horns.

Poll Dorset rams are the most commonly used sire for the production of prime lambs in Australia.

In 1954 the Australian Poll Dorset Association was formed.

What are the characteristics of Poll Dorset Sheep? 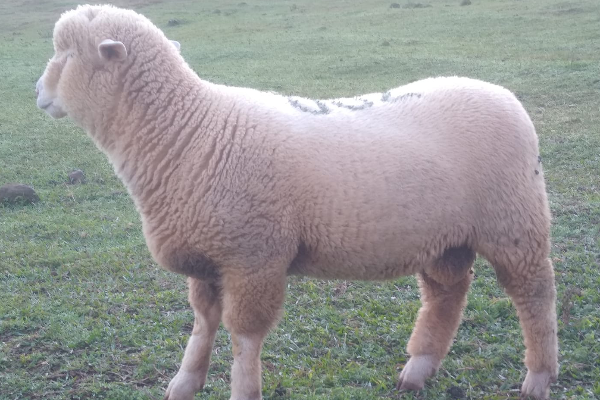 Poll Dorset ewes are noted for their high fertility, mothering and milking ability. The characteristics of the breed such as rapid growth rate, superior fleshing and muscular development make them ideally suited for the meat trade.

Poll Dorset sheep have a ‘downs’ type of wool. Downs wool is known for its density and springiness, making it ideal for doona and quilt production. In commercial lamb production system, the density of the downs wool contributes to a higher quality skin. These are more valuable in the trade and are used for high wear items such as ugg boots and car seat covers.

Poll Dorset sheep have no restrictive breeding period, meaning they have the ability to breed all year round. In a purebred flock normal lamb weaning percentages would be 120% to 150%. Multiple births of twins and triplets are common.

Poll Dorsets are well known for being excellent mothers. Their protective instincts and strong bonding ability mean that most of the lambs born will thrive. Milk production is good in both quantity and quality, enabling the lambs to receive optimal early nutrition.

While the majority of Poll Dorset rams are used as terminal sires, their long recognised high fertility, virility and functionality also makes the ewes a productive maternal breed.

The Poll Dorset breed has stood the test of time for its outstanding consistent and high levels of performance in all climates.

What is the weight of a Mature Poll Dorset Sheep? 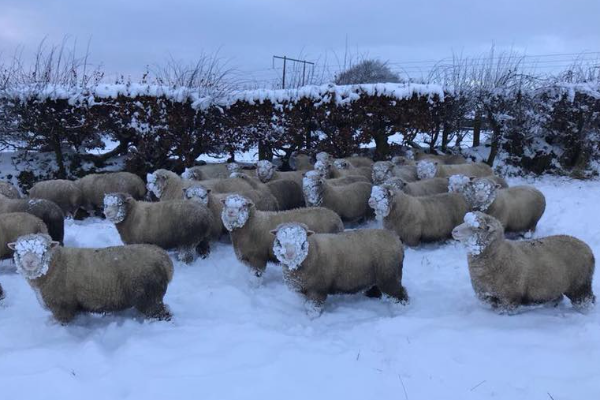