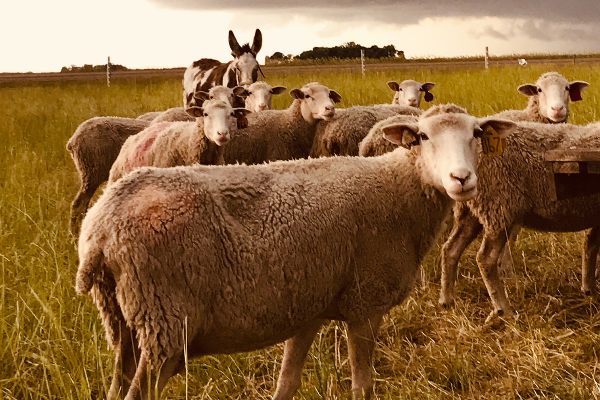 What is the history of Polypay Sheep?

The Polypay breed was developed in 1969 at the U.S. Sheep Experimental Station in Dubois, Idaho, and independently by a private breeder named George Nicholas in California.

Four breeds each contributed 25% of the genetic makeup. They were Dorset, Targhee, Rambouillet, and Finnsheep. The final cross was made from mating Finnsheep - Rambouillet and Dorset - Targhee.

What are the characteristics of Polypay Sheep?

Polypay sheep are white, the head is free of horns and has an open, white face.

Eyes are clear and bright. Polypays are hornless.

The medium neck is smooth from head to shoulder, with no excessive wrinkles.

The body is characterized by a strong, level back along with a thick fleshing chest and trim brisket. Forelegs are set squarely under the body.

The rump is moderately level on top to the dock.

Legs are medium in proportion to size, with medium bone, straight feet, and strong pasterns.

The long, narrow tail is covered with wool.

The body is completely covered by a dense fleece of average staple length, with uniform fiber quality. Wool covers the greatest parts of the belly and legs.

Lambs mature early, and many can breed between 5 and 7 months of age. Breeding season Polypay ewes have an extended breeding season and can be bred successfully every 8 months. In the United States, Polypays were subjected to twice-a-year lambing.

In Canada, Polypays subjected to five lambings in three years averaged 1.5 litters per year. The Gestation length of Polypay ewes averages 146 days. Lambs born per mature Polypay ewe exposed was reported at 1.8 lambs for once-a-year lambing and 2.1 for twice-a-year lambing in the United States (46.5 and 57.1kg weaned lambs at 120 days, respectively).

In Canada, the average was 1.76 lambs born for ewes under an accelerated lambing system. Yearly lamb production under three lambings in two years and five lambings in three years was 2.77 and 2.11 lambs, respectively.

No evaluation of milk production has yet been made. However, judging from the preweaning growth rate of lambs in a Canadian study (330 g/day), milk production must be rather high. Ewes given proper care and nutrition can raise triplets. 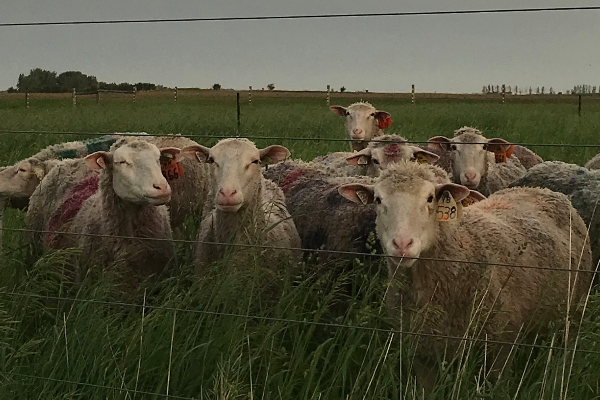 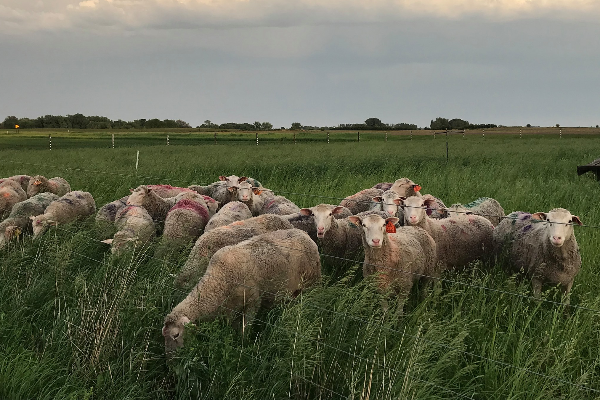 Wool production Polypay yearling males and females produce 5.2 and 3.8 kg of wool, respectively, whereas 2-year-old and older ewes produce about 4.2 kg. The fibers range between half and quarter blood in fineness, which is equivalent to 58 spinning count.

Flocking tendency is good in Polypay sheep. They appear to herd well on desert and mountain ranges. Mature Polypay ewes are exceptionally good mothers and take adequate care of their lambs. Perinatal losses are low in Polypays.

Polypay sheep are generally of even temperament and are exceptionally easy to manage.

What is the weight of mature Polypay Sheep?