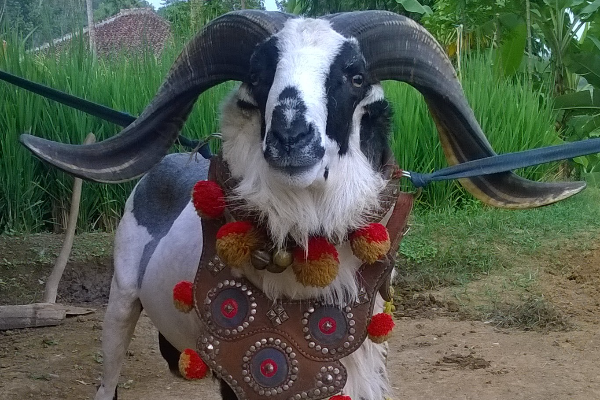 What is the history of Priangan Sheep?

The Priangan sheep also known as Garut. In the Priangan residency of West Java, (Indonesia) which embraces the five districts of Bandung, Garut, Sumedang, Ciamis and Tasikmalaya, there in a breed of sheep which has been developed primarily for ram fighting.

It is said to be descended from Merino and Cape sheep crossed on to the local breed about the year 1864. Certainly during the 1860s there were several imports of Merinos from Australia.

Cape sheep from South Africa were also present and these two breeds were crossed with each other and with the local sheep, both by Mr. Holle of Garut, by the Regent of Limbangan and by other sheep breeders around Garut.

There is no description of these Cape sheep but it seems likely that they were of the fat-tailed Africander breed. They were present already in the 18th century; it is recorded in 1802 that sheep of the Cape breed were thriving in the vicinity of Batavia (Jakarta). The aim was to incorporate the greater height of the Cape sheep and the wool production of the Merino.

Priangan breed is larger than the local sheep and the hairy throat ruff and the slight fat at the base of the tail could well have come from the Africander. There is, however, little trace of Merino characters and the wool is no finer than that of the local breed.

What are the characteristics of Priangan Sheep?

It differs from the common thin-tailed sheep in its larger size, convex facial profile, high frequency of the earless gene, variety of colour and by the presence of a throat ruff or mane and a distinct deposit of fat at the base of the tail.

The colour is extremely varied; Black, black with little white (on tail, feet, poll), black-and-white pied, white with little black (on face, feet, rump), grey or grey-and-white, tan or tan-and-white.  The horns of the Rams are heavy with pronounced cross ridges and sharp angles, Priangan ewes are polled.

They are usually closely coiled (as in the local sheep or the Merino) but occasionally they form a loose lateral spiral. The tail rarely extends more than halfway to the hocks.

The throat ruff is rendered more conspicuous in the fighting rams by shearing the fleece from all the body except the neck and shoulders. The facial profile is convex.

The Priangan sheep are bred primarily for ram fighting. The competitions are held regularly in Bandung and at smaller local centres. Competing Priangan rams are divided into three classes based on age and size and rams fight in pairs only within their own class. They start fighting at 2 years of age and continue for 4–5 years. 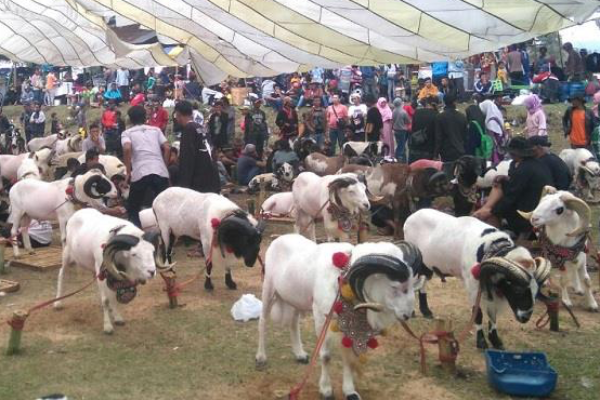 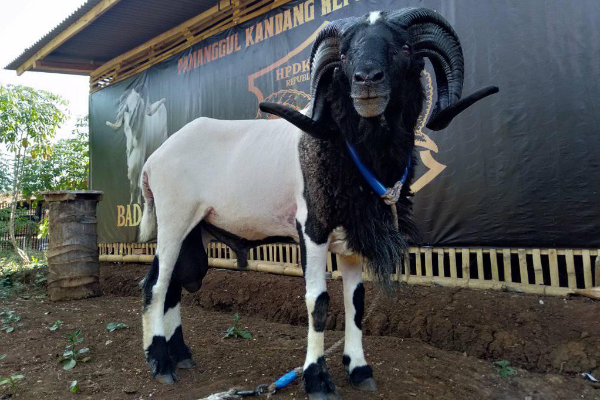 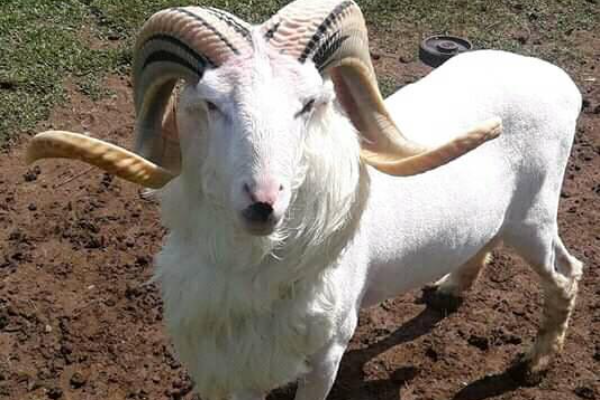 Fighting rams are given a special diet which, in addition to grass and concentrates, may contain eggs, honey, liver or iron tonic, and black beer. They are given intensive training which includes exercise, practice fighting, swimming and massage.

The resulting animal is large, muscular, well grown without being fat, and remarkably docile except during the actual combat.

The fight takes place on a grass surface within a circle of spectators. A band plays and the rams are encouraged by the dancing and singing of their attendants. The competitors are placed facing each other and a few metres apart in the centre of the ring. They back away from each other up to a distance of 5–10 metres and then charge each other with their heads down to collide head on. The base of the horn takes the major impact. They then back away and charge again. This may be repeated up to 50 times in the case of the largest class but up to only 25 times for the smallest class. After 10–12 encounters there is a pause during which the animals are petted and groomed. If one ram is a clear winner by knocking the other down or forcing him backwards or if one is a clear loser by walking away or losing interest, the fight is stopped.

Usually the two adversaries are very closely matched and the winner is decided by a group of six judges who award points on the basis of agressiveness, style, dexterity, alertness and stamina. If there is any gambling on the result, it is not conducted openly.

It appeared to the author that the smaller animals were more agressive than the larger ones. Animales are rarely hurt and no sign of blood was seen during the encounters.

The rams are selected for size, horn size and for fighting ability. The champion rams are highly priced. However, they are not used for breeding during their fighting career as it is feared that mating would deprive them of their taste for fighting.

What is the weight of mature Priangan Sheep? 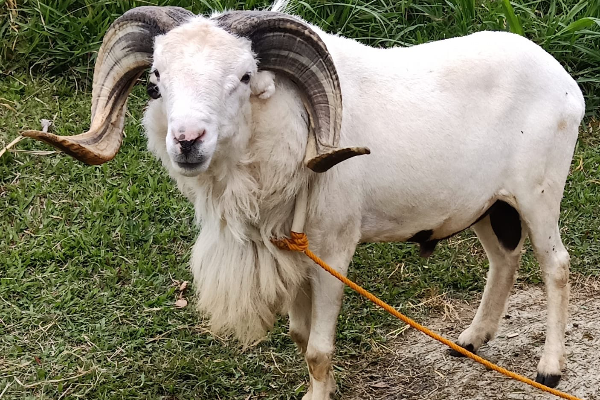