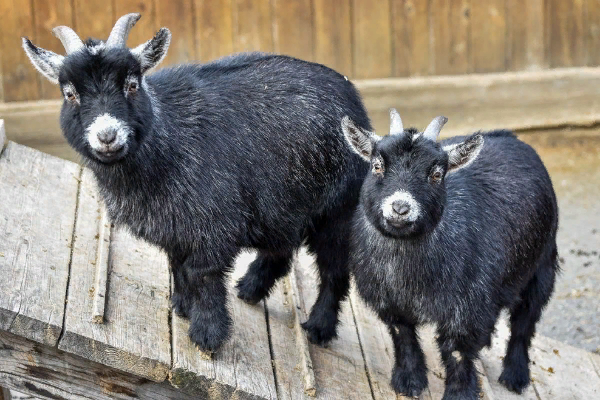 What Is The History Of Pygmy Goat?

Pygmy goats are small goats of African origin. They were originally called the Cameroon Dwarf goat. They were originated from the Cameroon Valley of West Africa. The goat is mostly restricted to the West African countries. Similar forms of Pygmy goats also occur in all of northern Africa, in the southwestern African countries, and also in east Africa. Known for their small size and outgoing personalities, pygmy goats are now kept as pets in many places.

The Cameroon goats were exported from Africa to zoos in Sweden and Germany where they were on display as exotic animals. From there they made their way to England, Canada, and the United States. Cameroon Dwarf goats were shipped from Europe to the US in the late fifties, and their offspring were sold to zoos, research facilities, and private individuals. Thereafter, they gained popularity as pets and show animals. 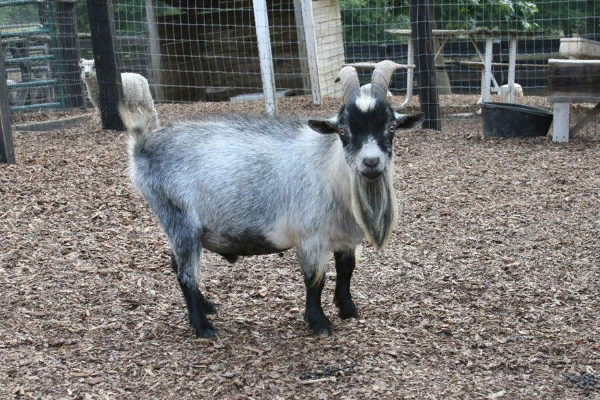 What Are The Characteristics Of Pygmy Goat?

A full coat of straight, medium-long hair that varies in density with seasons and climates. While does have a sparse beard, bucks have a long, flowing beard and mane. All black; grizzled black, gray, or brown (colored and white hairs intermingled), with muzzle, crown, eyes, and ears, and sometimes tail, frosted with white hairs; or pale to mid-caramel with dark legs, dorsal stripe and face markings. These coat patterns are sometimes broken by white belly patches or bands.

African Pygmy goats are small in size, averaging 16 and 23 inches (41–58 cm) at the shoulder. The body length is 65-70cm. Pygmy goats have short legs and head, and a well-muscled, stocky body. The head has a dished profile, with a broad forehead, erect ears, goat wattles, and horns. The nose is short, wide, and flat with a rounded muzzle.

Highly adapted to the varying conditions of West Africa, including the damp tropical, subhumid, and drier, savanna climates, they readily acclimatize to new environments, including hot climates and cold weather. They are hardy and resilient, with good resistance to barber pole parasites and trypanosomiasis. They are great brush and weed-eating goats, and efficient converters of roughage to energy. Well-attached udders with small teat orifices confer resistance to mastitis.

Productivity: 1–2 liters of milk a day over 120–180 days, with high butterfat (4.5% or more). The milk tastes sweet and is higher in calcium, potassium, and phosphorus than dairy goat milk. As prolific breeders, they are a ready source of goat meat on low budget pasture or backyard systems.

Puberty is common at four to five months but can occur as early as two months. It is recommended to wait until a doe is 12–18 months old before breeding. She can then produce 1–4 young every 9–12 months and twin births are common.

They are docile, gregarious, and friendly. In developed countries, they are mainly kept as pets and browsers, occasionally for milk. In Africa, they are mainly used for meat, while milk, manure, and skins provide additional benefits. 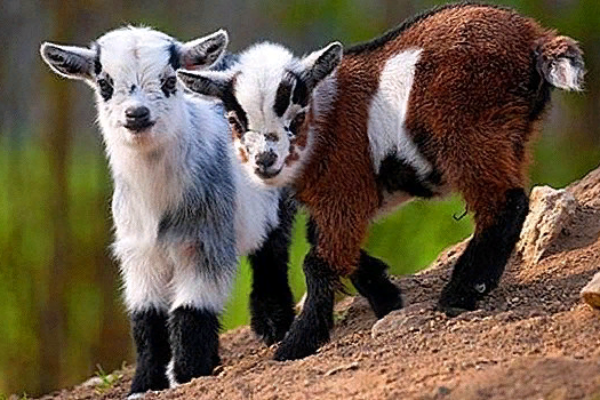 What Is The Weight Of Pygmy Goat?