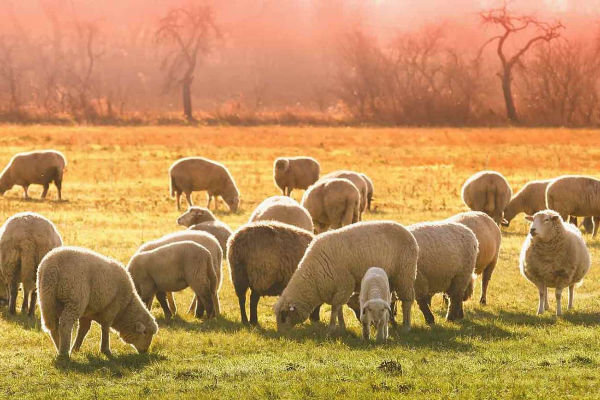 What is the history of Romney Sheep?

The breed originated in the Romney Marshes of Kent and Sussex in South East England in the 13th century.

It was known as the Kent sheep as it expanded over the rest of South East England, with the name Romney adopted as it grew in popularity around the world.

The UK breed society was established in 1895. The traditional UK Romney remains true to its origins in South East England, but the breed has been developed in many directions around the world.

For many years, England was the primary source of export Romneys. Between 1900 and 1955, 18,000 rams and 9,000 ewes went from England to 43 countries such as New Zealand, Patagonia, Australia, Portugal, Brazil, Canada, and Southern California and more.

The first confirmed export of Romneys from England was a shipment of 20 from Stone, Kent, that went on the Cornwall to New Zealand in 1853 and a further 30 ewes sent in 1856.

In 1855, 60,000 Merinos had been in New Zealand, but the Romney Marsh sheep thrived more quickly, supplanting the Merino over most of the country.

The New Zealand Romney Marsh Association was formed in 1904. In 1965, three-quarters of the New Zealand national flock was Romney.

In 1904, William Riddell and Sons of Monmouth, Oregon, imported the first Romneys to North America, where their popularity increased rapidly. The American Romney Breeders Association was founded in 1912 by Joe Wing, a world traveler and a great judge of sheep.

The present-day American Romney is a product of English, and more recently, New Zealand blood lines, which have enhanced the progress of the breed, and helped maintain a diverse gene pool within North America.

The first purebred natural colored Romneys were registered by the Association in 1972 by Morris Culver of Curtin, Oregon.

What are the characteristics of Romney Sheep?

The Romney is truly a versatile breed, as demonstrated by its ability to produce quality meat and wool under diverse climate conditions and management systems.

This Romney  breed’s quiet disposition, unique fleece characteristics, the flavour and quality of its meat and its lambing percentage make it an excellent choice for purebred, commercial, or crossbred programs.

This large, long-woolled breed has a broad white face, a woolly ‘top-knot’ and heavy, white fleece. Both males and females are without horns.

Romneys are resistant to foot rot, liver flukes and other problems that often plague sheep in damp pastures.

Romney Rams begin to reach sexual maturity at six to seven months of age, and grow into medium-to-large sheep. Romney  Rams are long lived and may still be productive as they near their second decade. American Romney ewe fertility is repeatedly confirmed by high lambing percentages under varied feed and geographical conditions.

Romney Ewe lambs begin to cycle at 8 to 10 months of age, and mature ewes typically breed from September through January. In many flocks, ewes regularly produce twins and can feed triplets with proper nutrition.

Romneys produce a heavy fleece. A Romney may have either a colored or white fleece. In North America and England, natural-colored Romneys (whose fleeces are not white, but black, gray, silver, variegated) have come to be valued for what they bring to hand-spinners and weavers who like the palette of natural colors.

What is the weight of mature Romney Sheep?