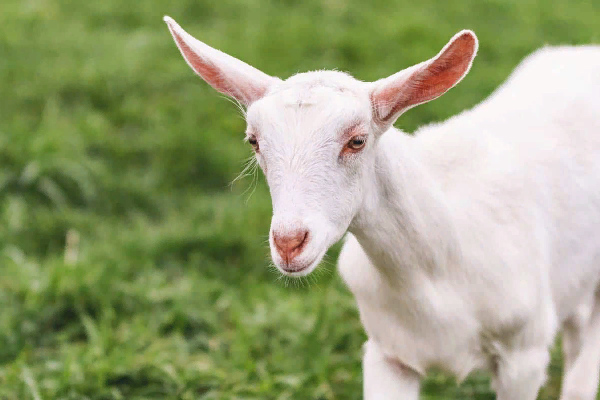 What Is The History Of Saanen Goat Breed?

The Saanen is a Swiss breed of domestic goat. The Saanen originates in the historic region of Saanen and in the neighboring Simmental, both in the Bernese Oberland, in the southern part of the Canton of Bern, in western Switzerland. This breed is a consistent high-volume and high-quality milk producer. The Saanen goat is the largest of the dairy goat breeds.

They have been exported worldwide since 1893 and were imported into America in 1904 where they became America’s first registered goat breed. After being imported to the United States, the Saanen goat breeders were hit hard by the Depression in the 1930s. Many goat breeders were forced to go out of business and many goat dairies closed. The Saanen goat breed was revitalized by importing goats from England in the 1940s through the 1960s. Many of these European goats had to take a roundabout trip to the United States through Canada. The USDA at the time was not in favor of importing animals from Europe. The animals could be imported to Canada though, and after a time there, could be imported to the USA. Many of the families that survived the early years and the depression continued to improve the breed to today’s standards.

The Saanen is reported from more than eighty countries. The total world population is reported to be over 900,000 head. Of these, some 14,000 are in Switzerland. 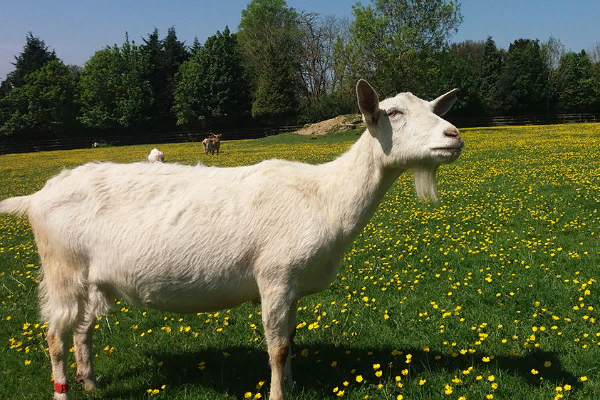 What Are The Characteristics Of Saanen Goat Breed?

Mainly Saanen goats are of white-colored. But sometimes light cream colored goats can be seen. There may some black spots in the nose, ears, and udder of this goat. The hair of the Saanen goat is short and white and the skin color should be tan or white.

The average height measured at the withers is about 80 cm for does and 90 cm for bucks. The profile may be straight or somewhat concave. The ears are erect and point upwards and forwards. It may be horned or hornless, and tassels may be present. They have small-sized legs and a long sized neck.

Saanens possess a calm temperament. The main benefits of raising Saanen goat is that their care and management is very easy (even a child can take care of them). They can adapt to the weather of any region of the world. They are also very hardy goats and not susceptible to most common diseases. Their only downfall is that their skin is prone to skin cancer in rarely hot climates due to its light color.

Because of its productivity, the Saanen has been exported all over the world and has given rise to many local sub-breeds, often through cross-breeding with local goats. Among these local variants are the Banat White in Romania, the British Saanen, the French Saanen, the Israeli Saanen, the Russian White, the Weiße Deutsche Edelziege in Germany, and the Yugoslav Saanen. 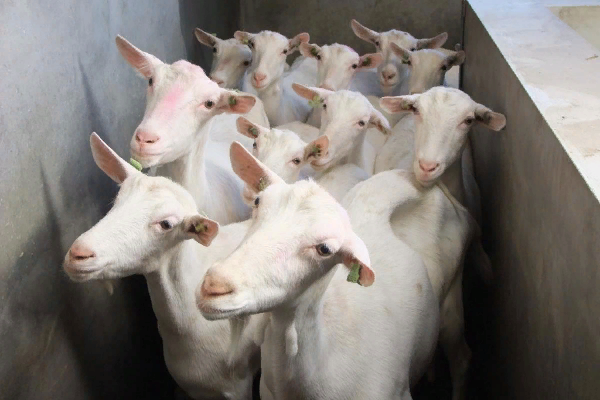 What Is The Weight Of Saanen Goat?