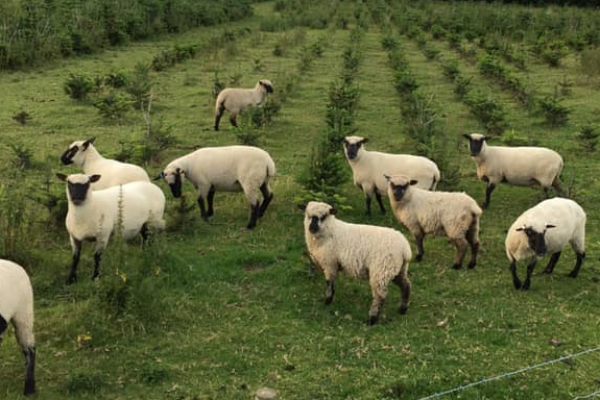 What is the history of Shropshire Sheep?

Shropshire breed is raised primarily for meat. The breed was developed in the 19th century by crossing various local breeds in the Shropshire and North Staffordshire area, including the small, black-faced Long Mynd and the sheep of Morfe Common.

The Shropshire Sheep Breeders Association was established in 1882 and is claimed to be the oldest in the UK.

From an early stage in the history of the breed, Shropshires were exported to North America and the colonies. In more recent years, the breed has established a new European profile in Austria, Belgium, Denmark, France, Germany, Ireland and Switzerland as well as having various breed enthusiasts throughout the UK.

What are the characteristics of Shropshire Sheep?

Shropshire sheep are medium in size with a black face and legs with a dense white fleece growing up over the forehead. Black ear protruding from the side of the head give the breed an alert appearance, horn stubs.

Shropshires are good mothers being docile and milky, rearing twin lambs with ease. They are prolific and can achieve lambing percentages of 160% and above.

They are extremely hardy and have a long productive flock life. A lowland breed but with the ability to also thrive on more extreme terrain in high rainfall areas.

Shropshires produce high quality wool, suitable for hand knitting and a wide range of other uses. Shropshires produce a heavy, dense fleece weighing between 2 and 3kg, the staple length is typically between 10 to 15cm and Shropshire wool has a Bradford Quality Count of 54s to 56s.

What is the weight of mature Shropshire Sheep? 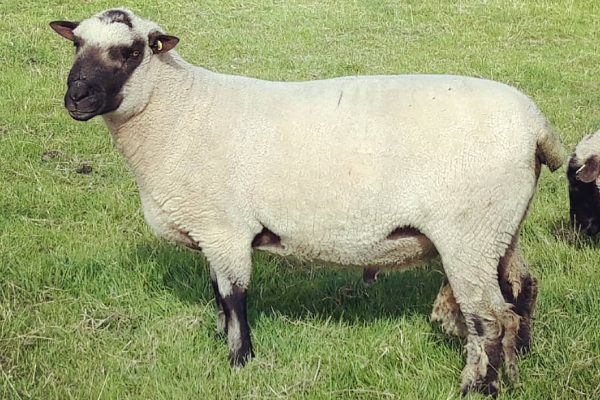