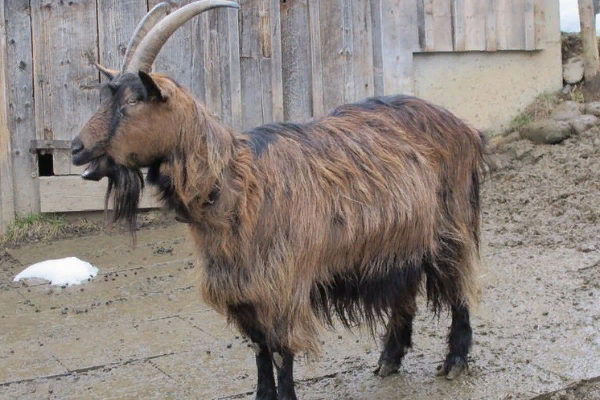 What Is The History Of Stiefelgeiss Goat Breed?

The Stiefelgeiss goat is a breed of domestic goat, which is also known as the Booted goat. It is a mountain goat originating in the highlands of St. Gallen, Switzerland. And the breed was spread throughout the uplands of St. Gallen (Walensee, Flums, Weisstannental, and Taminatal) earlier, in the canton Glarus and in the bordering regions.

The Stiefelgeiss goat was purposefully bred until at least the 1920s, but in the 1980s the breed became nearly extinct. The Swiss preservation foundation Pro Specie Rara saved the breed at the last moment. They promoted the breed for use as an agriculturally useful animal for the production of milk (for milking or as mother nannies), meat, and fleece.

Although the breed is still endangered, there was a dramatic upturn in population numbers in the early 2000s. The population of Stiefelgeiss goat is increasing gradually, and currently, the population is less than one thousand. These are found mainly in the East of Switzerland, though other groups can be found in the West and Central Switzerland. 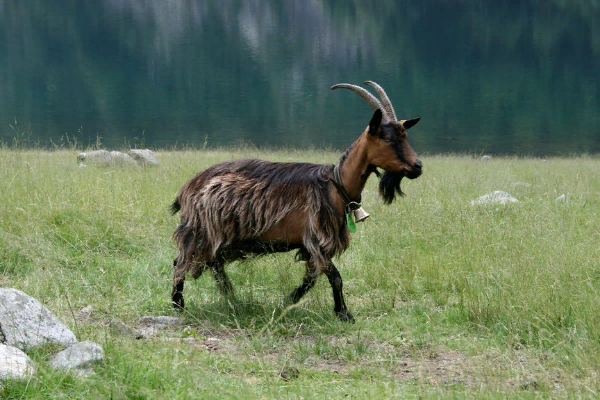 What Are The Characteristics Of Stiefelgeiss Goat Breed?

Coat color is usually of bright gray-brown to dark red-brown with black or brown markings (black or brown boots). Typical are the long beard hairs over the back (called Mänteli, meaning “little covering) and on the hindquarter, which is markedly darker or lighter than the rest of the coat of hair. Both bucks and does are horned. The horns are long, thick, and curve back from the head. Their ears are stand up straight from the head. Does can also have a beard.

The Booted Goat is a robust, vivacious, easily satisfied breed. Stiefelgeiss goats are well suited for extensive keeping under extreme topographical and climatic conditions, most of all in the mountainous regions. The goat is a goat that can thrive in almost any conditions and or environments from the rocky Swiss mountains to a large back garden with a barn. They are very agile and nimble creatures that will take on any challenge that involves jumping or climbing.

They are friendly. They are very curious about all other livestock breeds and have no trouble interacting with them. Does have good mothering abilities. They make excellent foster mothers to other goats’ kids. Stiefelgeiss is a meat goat breed, it is not specialized for milk production. But the breed is also good for fiber production. They have an excellent cashmere wool quality. The Booted goat was once mostly used for its lean, nutritious and tasty meat. They are still an endangered species and as such, they are no longer used for their meat or skin.

What Is The Weight Of Stiefelgeiss Goat?